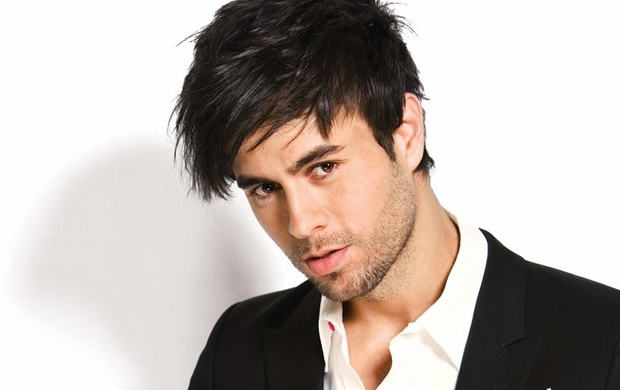 Born on May 08, 1975, Enrique Miguel Iglesias Preysler first spent a decade in his birthplace of Madrid, Spain, before relocating to Miami with his father and brother. He learned English and first experienced singing onstage in the high school production of Hello Dolly!. Just like his father Julio Iglesias, a renowned Spanish singer, the teenage Enrique was bit by the music bug. He grouped up with like-minded friends in creating songs and performing in public, although Iglesias only did it for kicks. He eventually realized that his heart yearned for a future in music.

Iglesias kept himself under the radar with the alias “Enrique Martinez” as he didn’t want the public to know that he was the son of a prolific singer. He recorded songs in a cassette with the help of his nanny who lent him cash for this endeavor. Iglesias persistently sent the cassettes to several music labels until one contacted him for a deal, namely Fonovisa Records. He dropped the pseudonym and worked on his eponymous debut album which was released in 1995 and was met with success.

Iglesias’ momentum continued with two more Spanish language albums namely Vivir (1997) and Cosas del Amor (1998). Iglesias transitioned to his second language in 1999 with Enrique and in 2001 with Escape, and both proved to be highly successful especially the latter as it contained his hit single “Hero”. He released Quizas (2002) and 7 (2003) before taking a four-year hiatus from music.

In 2007 Iglesias returned to the scene with Insomniac which featured a mix of hip hop and R&B to his usual pop. Three years later he released Euphoria which contained both English and Spanish songs, plus collaborations with notable singers like Usher and Nicole Scherzinger.  His latest offering was 2014’s bilingual Sex and Love. There’s still no word regarding his next album, instead Iglesias released a single last April 2016 titled “Duele el Corazon”.

Iglesias appeared in a handful of advertisements throughout his career ranging from Pepsi, Mexican snack company Sabritas, Verizon, wristwatch brand Viceroy, and many others. In 2011 he promoted rum brand Atlantico

In 2014 he collaborated with beauty company Coty in the inception of his first perfume line named Adrenaline Enrique Iglesias. A year later he released Deeply Yours and Adrenaline Night.

Iglesias has made a few appearances in film and TV. He was an extra in the 1995 action flick Desperado, and had a role in 2003’s Once Upon a Time in Mexico. In 2007 he appeared in episodes of Two and a Half Men and How I Met Your Mother.

Iglesias is currently dating tennis player Anna Kournikova. The two met in 2001 in Iglesias’ music video for “Escape” as she was his love interest. Their love story on the screen became real and is still going strong after a brief split in 2013. 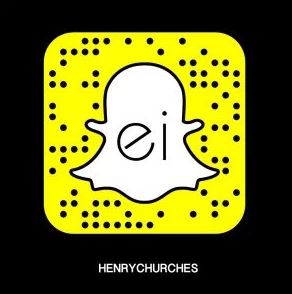 On October 2015 fans on Instagram banded together to make the hashtag #EnriqueJoinSnapchat trending, accompanied by edited pictures of Iglesias on the Snapchat ghost. They got their wish a few months later as Iglesias announced the creation of his account on April 2016. The username is a translation of his first name and surname to English. Click here to add Iglesias to your list of Snapchat celebrities.

Enrique Iglesias Kik Username or Code – Iglesias does not have a Kik account as of 2017. Stay tuned to this page as we will update it if he ever decides to create one. Be wary of “Enrique Iglesias” accounts that you might come across as they are most likely posers or fan accounts.