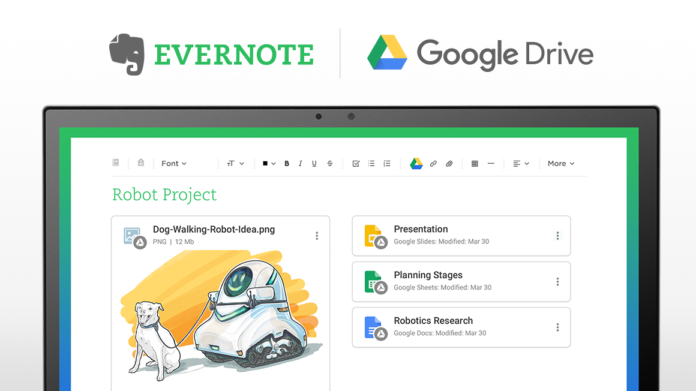 Google Drive and Evernote are both some of the most popular online services out there. Both apps specialize in features relating to note taking, file sharing, and storage. Although their purposes may seem identical, both of these services actually possess small differences in their models that can make them both feel very different to actually use. With that in mind, which of these apps is actually better? I will be working to answer that question, among others, in this article. I’m going to break down the core features (good and bad) of both Google Drive and Evernote, and at the end of it all, I’ll offer my personal perspective on which of the two tools are best. Without further ado, let’s learn more about these top-tier online tools. 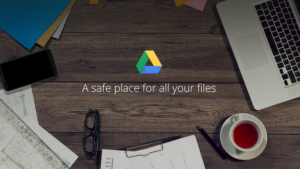 Google Drive is one of the hottest tools to come from Google, and looking at all that it can do, it’s no surprise that it has seen such success. Google Drive has an array of different features, so let me start from the top. First of all, Drive is completely integrated with many of Google’s “creation-based’ apps, like Google Sheets, Google Docs, and Google Slides. If you’re a student, I think that it’s very likely that you’re at least moderately familiar with this tool. With the integration of all of these apps, Google Drive allows you to have something similar to Microsoft Office, all within a browser and stored in the cloud. Services like Drive have allowed Google to popularize the use of hardware like the Chromebook, which is a laptop that isn’t capable of downloading or running any form of software. Drive is completely based in your browser, and its powerful functionality causes it to run just like most other hardcore software. In many ways, it eliminates the need for powerful hardware.

One of the pieces of hardware that Google Drive eliminates the need for is the hard drive. The average Chromebook has like then 50 GB of total storage, which is more than enough when you consider the storage space existing within Google Drive. Most Drive users will start with 15 GB of storage, which is used across Google Drive, Google Mail, and Google Photos. This is more than enough storage for someone who may only need to use Drive for word documents and Powerpoint presentations, but it’s admittedly lacking if you are looking to store multiple videos or photos. This is where the “freemium” aspect of Drive’s service comes in. Users are able to upgrade their data plan, at a price. For $1.99 a month, this storage allotment rises to 100 GB. For $9.99 a month, this storage allotment rises to 1 TB. If you’re someone who likes to store full-length movies on the cloud, this 1 TB size limit may not be perfectly suitable, but I would say that these data plans are just fine for the average user. 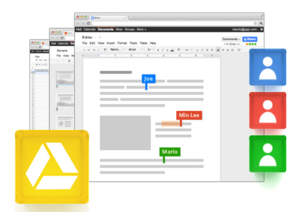 In my opinion, one of the more overlooked aspects of Google Drive is its collaborative tools. The service allows one to easily share and edit projects among a large peer group. Maybe you’ve put together a spreadsheet, and you want to share it with a large group of people without having to download it. With Drive, you can simply create your spreadsheet, create a link, and send the link to anyone who you want to see it. Maybe you’re working on a presentation with a group of people, and you all want to be able to work on it at the same time. Just distribute the presentation’s link among your peer group and work on the presentation at the same time. (Drive even allows you to work on the same presentation with multiple people at the same time.) At the end of the day, this is a service from Google is incredibly utilitarian, and it fits right at home with any student or professional. It’s affordable, it’s easy to use, and just about everybody has something that they can get out of it.

As the name implies, Evernote is an app that is primarily centered around note-taking. Although you could probably get a note-taking system set up in Google Drive, it wouldn’t be any easier or more effective than creating notes in Microsoft Office. Evernote is specifically designed to help people create organized notes, utilizing notebooks and tags to keep everything in its desired place. Notes can be written from an app or from Evernote’s web application. Accessibility isn’t even remotely an issue here. With Evernote, you can create highly detailed notes, with different fonts, different colors, pictures, tables, and graphics. In my personal opinion, the note taking tools that they give you, and the way that they present them, makes it easier to take notes in this application than it would be to take notes in something like Microsoft Word. It honestly feels a lot smoother than your average word processing software. 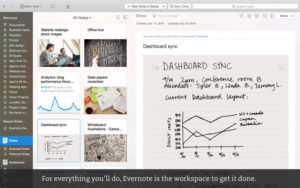 However, Evernote obviously has to offer a lot more than word processing to compete with Google Drive, and they definitely do. Like Drive, you are able to seamlessly share your notes with friends and colleagues through Facebook, Twitter, LinkedIn, or a simple link. You aren’t exclusively limited to sharing notes, either. If you get creative with some of the features included alongside this app, you can create some interesting stuff. For example, intelligent use of the checkbox feature can allow you to create to-do lists that you can share across an entire department. I have to say that it may not be as user-friendly to participate in different kinds of projects than with Google Drive, but it still definitely works. The model is far from broken. Just like with Drive, you can also take this collaboration on the go, as your data is synced across your computer and your phone automatically.

It’s worth noting that Evernote’s subscription plans aren’t quite as simple as Drive’s. With Drive, you’re basically just purchasing more storage space. With Evernote, you’re paying for features, too. With Evernote Plus, which costs $34.99 a year, you can access notes across all of your devices, take advantage of offline notebooks on mobile, and also back up important emails within the app. With Evernote Premium, which costs $69.99 per year, you can scan and digitize business cards, annotate PDFs, and view a project’s history. These different tiers also involve different amounts of storage space. The free, basic package allows fro 60 MB of new uploads each month. Evernote Plus brings that up to 1 GB, and Everntoe Premium brings that up to 10 GB. I have to admit that the plan is a little more complicated here, but I do like that you are at least getting some kind of additional bang for your buck.

Google Drive vs. Evernote – Which is better? 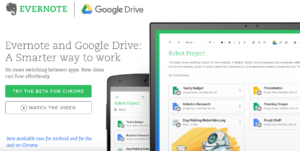 Unfortunately, I don’t think that this issue is simple enough to where I can just name one software as being objectively better. I really think that it depends upon what you are using them for. Google Drive may be a more versatile and affordable application, but Evernote offers many robust features that Drive simply lacks. Outside of that, I can speak from experience when I say that note taking in Evernote is a lot easier than note taking in Google Drive. They are simply good at different things. Now, if I had a gun to my head, I would probably say that Google Drive is technically the better of the two applications. It’s much more inexpensive, it offers a wider range of tools, and it lends itself to many different uses. It may not look as pretty as Evernote, but it gets the job done, and it gets the job done in a lot of different ways.

With that said, I don’t see why you have to make the decision of exclusively using either of these. There are some obvious difference between these two services, almost to the point where I think it’s unfair to compare either against the other. Apparently recognizing that Drive isn’t necessarily competition, Evernote has put the framework into place to allow seamless use between Google Drive and Evernote. Basically, you can add Google Drive files to notes to make them easier to find. You can also easily move back and forth between the two services from Evernote. In my opinion, these applications are already insanely powerful on their own. Putting them together creates a hybrid of sorts that serves as the ultimate note-taking, file sharing, cloud storage services out there.