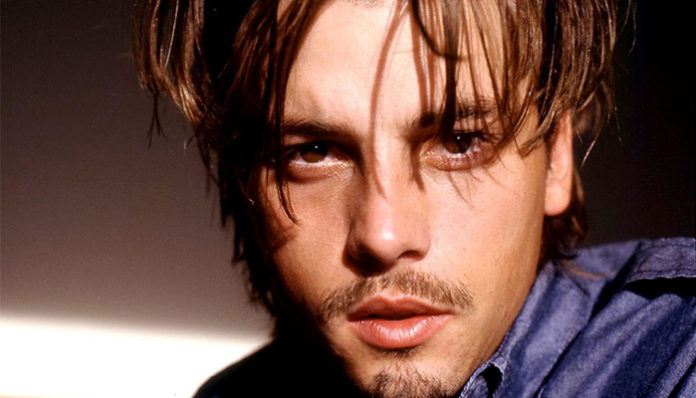 American actor Skeet Ulrich starred in many successful 90’s films including Scream (1996), and As Good As it Gets (1997). A former student at NYU, he studied acting as an apprentice at an off-Broadway theatre company in New York. Performing with the groupーthe Atlantic Theater Companyーhis talents were eventually noticed by director, Stacy Cochran. Recognizing his potential, she soon cast him in her romance drama, CBS School Break Special (1994), which also served as Ulrich’s television debut. Even prior to this however, he had appeared in a couple of uncredited roles in Weekend at Bernie’s (1989), and Teenage Mutant Ninja Turtles (1990). Some of his other early works include The Craft (1995), Last Dance (1996), and Albino Alligator (1996). From there, he landed his first notable part in the mystery drama, Boys in 1996, playing the on-screen boyfriend of Winona Ryder. Following that, he co-starred in the slasher film, Scream (1996)ーa role which later earned him a Saturn Award nomination in 1997. From there, he appeared in As Good as It Gets (1997), The Newton Boys (1998), Chill Factor (1999), and Ride with the Devil (1999).

With the arrival of the new millennium, Ulrich found himself starring alongside Russell Wong and Tom Berenger in the film, Track Down (2000). Carrying on with his burgeoning career, he went on to appear in a handful of movies including Soul Assassin (2001), Nobody’s Baby (2001), and Kevin of the North (2001). Afterwards, the actor took a prolonged break from the big screenーeight years to be exactーbefore making his return in the horror flick, For Sale by Owners (2009), where he was joined by Tom Skerritt, Kris Kristofferson and Frankie Faison. That same year, Ulrich also appeared in Nimrod Antal’s thriller, Armored (2009). In the more recent years, he has made appearances in 50 to 1 (2014), The Girl on the Roof (2014), and Lost in Austin (2015). Throughout his career, the actor has received two industry awardsーa Western Heritage Award and a Character and Morality in Entertainment Award, both of which he shared with his cast mates.

Aside from film, Ulrich has also starred in several television series over the yearsーhe is perhaps best known for his portrayal of Jake Green the action drama, Jericho (2006). Other projects that he’s taken on include CSI: NY (2009), Gimme Shelter (2010), Law & Order: LA (2011), and Anatomy of Violence (2013). In addition to his live-action work, he has also voiced various characters in the stop motion sketch comedy, Robot Chicken (2007). A well recognized artist, Ulrich has guest appeared in many talk shows such as The Rosie O’Donnell Show (2000), The Late Late Show with Craig Ferguson (2006), Live! with Kelly (2008), and Rachael Ray (2008), to name a few.

So what has the actor of over two decades been up to recently? What new projects have he taken on? What happened to Skeet Ulrich? Where is he now in 2018? 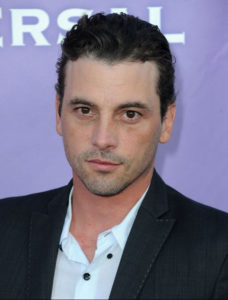 Born on January 20, 1970, in Lynchburg, Virginia, Skeet Ulrich (Real name: Bryan Ray Trout)’s parents divorced when he was just three years old. Growing up, he was raised majorly by his mother Carolyn Wax Rudd, the owner of a marketing agency called the Sports Management Group, and his step-father D.K. Ulrichーa NASCAR driver.

Although he took on his last name, his mother has since remarried to a man named Edward Lewis. As a young boy, Ulrich was quite frail and often ill; not only did he face many bouts of pneumonia but he also underwent open-heart surgery for a ventricular septal defect at the tender age of ten. Noted for his small stature, Ulrich was referred to as “Skeetcher” by his Little League coach, a moniker which he eventually adapted into his professional stage name.

Following his graduation from Northwest Cabarrus High School in the late 1980’s, he enrolled at the University of North Carolina, where he studied Marine Biology; prior to completing the program however, he transferred to New York University. Around that time, Ulrich began studying acting at an off-Broadway theatre known as the Atlantic Theater Company. One day while honing his craft in class, he captured the attention of director, Stacy Cochran, who happened to be present. Recognizing his on-screen potential, she soon offered him a small role in her series, CBS Schoolbreak Special (1994). Although it wasn’t Ulrich’s first time appearing on televisionーas he had appeared in two uncredited roles a few years backーit served as his official small screen debut. From there, the aspiring actor eventually appeared in The Craft (1995), and Last Dance (1996). With Cochran’s help, he later landed his first notable role in the movie, Boys (1996) where he played alongside award-winning actress, Winona Ryder. That same year, he also received his first starring role in the popular slasher film, Scream (1996). 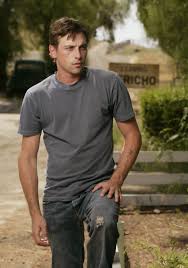 In the winter of 1996, Ulrich landed his first major role in Kevin Williamson’s Scream. Based loosely on the Gainesville Ripper, it centred around a student who finds herself becoming the target of a mysterious killer known only as “Ghostface”. While the part of said teenager went to Casey Becker, the actor played the part of another main lead by the name of Billy Loomisーan avid horror movie fan who eventually becomes a suspect of the gruesome killings; while the suspicions around him eventually dispel, he soon falls victim to Ghostface himself.

Screened nation-wide in theatres on December 20, 1996 after an initial premiere in Los Angeles, the slasher proved to be a critical success; over 1400 theatres, it took in more than $6.3 million in its opening weekend, ranking second only behind Beavis and Butt-head Do America (1996). Met with critical acclaim, Scream garnered numerous positive reviews from critics including those from The Los Angeles Times, the San Francisco Chronicle and the Chicago Sun-Times. A massive blockbuster, it later went on to gross over $173 millionーa huge amount compared to its production budget of $14 million. The winner of an MTV Movie Award and a Saturn Award for the category of “Best Horror Movie”, Scream also garnered Ulrich a Saturn Award nomination for “Best Supporting Actor” in 1996.

The following year, Ulrich returned to the big screen in James L. Brook’s romantic comedy, As Good as it Gets (1997). Based on a story by Mark Andrus, it centred around a relationship between three distinctly different individualsーa gay artist, a single mother, and a misanthropic novelist, all whose lives happen to cross paths with one another in the film. While Ulrich didn’t play either one of the three main leads (they were played by Greg Kinnear, Helen Hunt and Jack Nicholson respectively), he still received a fair amount on-screen time as Vincent Lopianoーa secondary character which appears later in the movie.

Joining him in the supporting role were Cuba Gooding, Jr., Julie Benz, Shirley Knight and Jesse James. Another winter release, As Good as it Gets was theatrically released on December 23, 1997. Quickly becoming a box office hit, it grossed over $12.6 million in its opening weekend, ranking only behind Tomorrow Never Dies (1997), and Titanic (1997). Given favourable reviews by many professional critics, it received dozens of awards, including an Oscar for the “Best Picture-Music or Comedy” category; it has since been included in Empire Magazine’s list of “500 Greatest Movies of All Time.” Although the comedy flick didn’t earn Ulrich any particular awards per se, it ended up being one of the biggest box office hits of his early career. 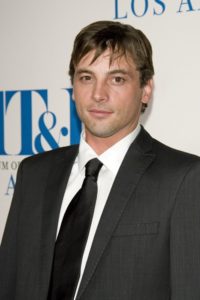 Branching out to television, Ulrich appeared as a main lead in the ABC drama, Miracles in 2003. The brainchild of Michael Petroni and Richard Hatem, the series have been regarded by the creators themselves as a “spiritual version of The X-Files.” Originally premiered on January 27, 2003, the show starred the actor as Paul Callanーan investigator of modern miracles who begins questioning his faith after finding unremarkable explanations for a variety of supposed phenomena; after he himself is later saved by a supernatural miracle, he is frustrated to know that his claims are dismissed without a second thought by others due to a lack of evidence.

Featuring a varied cast, Miracles also starred Angus Macgadyen, Marisa Ramirez, Hector Elizondo and Jacob Smith. Upon its release, the series was fairly well-received; during its first season, it attracted an average of 8.7 million viewers. Despite its rapidly-growing fan base and the fact that the show was later nominated for a Primetime Emmy Award, Miracles was cancelled by the network after only six episodes due to low ratings. Nonetheless, it successfully established a following for Ulrich, who played Paul Callan in the series.

Starring in yet another television series, Ulrich portrayed the principal character in the CBS post-apocalyptic drama, Jericho (2006). Set in a fictional Kansas town called Jerichoーas its name impliesーthe show followed its citizens in the aftermath of a nuclear attack. Released on September 20, 2006, it featured Ulrich as Jake Greenーa 32-year-old man who heads back into town after a five year absence to claim his inheritance; as he sets off to return home however, he finds himself in the middle of the calamity. Boasting a large ensemble cast, Jericho also included appearances from Lennie James, Ashley Scott, Kenneth Mitchell, Michael Gaston and Gerald McRaney.

Filmed in the neighbourhood of Van Nuys, California, it attracted over nine million viewers during its first season; the figure eventually dropped to six million in the subsequent episodes. A fan-favourite, Jericho garnered many loyal audience members, many of whom praised the show for being a splendid mixture of mystery, science fiction and drama. Nominated for a Primetime Emmy Award in 2008, it ultimately continued for two years prior to being cancelled in March 2008 after 29 episodes. Along with Miracles, Jerichoーas many fans would agreeー snags the title of being one of Ulrich’s most remembered portrayals on television. 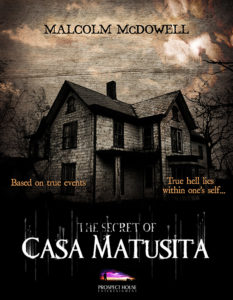 From the looks of it, Ulrich will be making many appearances on both the big and small screens in 2017. One of the projects that he’s been working on is the thriller, The Mystery of Casa Matusita. Starring Catalina Sandino Moreno, Tyler Young, Malcolm McDowell, and Bruce Davison, it will center around a husband and wife couple who encounters bizarre events after moving into the allegedly haunted “Casa Matusita” in Peru.

Besides the horror flick, he will also be appearing in an upcoming comedy film called Lost in Austin (2017) alongside Linda Cardellini, Kristen Schaal and Jaime Pressly. Recently completed, it will be making its way to theatres sometime in 2017ーalthough no official release date has been announced. Aside from the two already-mentioned movies, Ulrich will also be appearing in a movie called Escape Room (2017) and a TV film called Stay (2017).

If you’d like to stay up-to-date and connected with the actor, you can do so by following Skeet Ulrich on Twitter at @skeetme1.