John Green is a man who wears many hats. He is a popular young adult novelist, a podcaster, YouTuber, producer, editor, and actor. His most popular book is The Fault in Our Stars, which was turned into a movie in 2014, which opened in the number one spot at the box office.

How John Green Got Famous 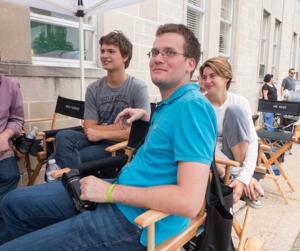 Before John Green started writing Looking for Alaska, he was a boarding school student and then a student chaplain at the Nationwide Children’s Hospital in Columbus Ohio.He lived in Chicago for a while, where he had a job as a publishing assistant and production editor. There he reviews and critique books, as well as writing original radio essays for All Things Considered which is an NPR show. Looking for Alaska was published in 2005, and it was eventually awarded the Michael L Printz award by the American Library Association. 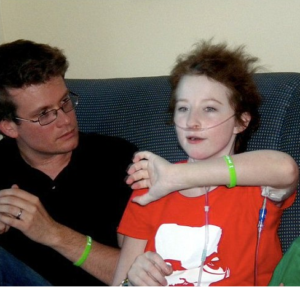 John continued to write novels including The Fault in Our Stars. That last one, the heavy book about two teenagers falling in love and having adventures while living with terminal cancer is inspired by John’s friendship with Esther Earl. Esther was a member of the Nerdfighter community started by John and his brother and died of terminal cancer before John Green started writing the novel. Two of those were turned into successful movies. Paper Towns won the Corine Literature Prize in 2010, as well as the Edgar Award for Best Young Adult Novel. John Green’s books have made it onto The New York Times Bestseller List. That isn’t his only source of fame, though. John Green has a number of other business endeavors.

John Green started a vlogging project with his brother Hank christened Brotherhood 2.0, which was a yearlong commitment for them to maintain their relationship with four-minute weekly video updates of their life. The channel was called Vlogbrothers, and it’s still going strong to this day, a full decade later. Their fanbase is known as a whole is known as Nerdfighters, and they have gotten together to do some amazing things. The Project for Awesome was started by the Green Brothers in 2007, and they had YouTubers in their community create videos to promote charities, and raise money. They raised over 1.5 million dollars in 2015. John Green also got a grant from Google for producing educational content on Crash Course, which he runs with his brother Hank and other YouTubers. His other projects include the podcast Dear Hank and John, the Mental Floss YouTube channel, and VidCon, which is a conference for YouTube creators and their fans.
John Green’s Romantic Life
John Green has been married since 2006 to Sarah Urist Green. The museum curator/artist was secretive at first and was known as the Yeti on the Vlogbrothers channel since you never saw her on camera. Now Sarah runs The Art Assignment channel on YouTube for PBS. 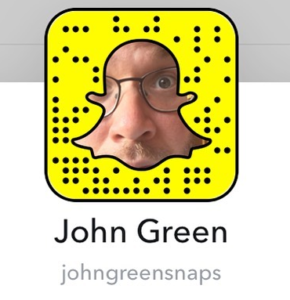 John Green’s Snapchat was featured in a Buzzfeed article in 2015 when he decided to live-snap his walk through a trail along the White River in Indianapolis. It started off with simple nature photos and escalated into a very John Green style musing about life and love. Perhaps he created a new style of literature? 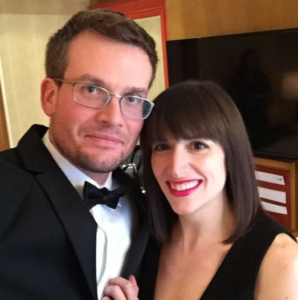 John Green does not appear to have a public Facebook profile, but his public page has lots to offer. You can follow him here at JohnGreenFans along with three million other fans. John alerts his followers to his new YouTube videos here, and also posts personal musings on other young adult books. John Green also posts new episodes of his podcasts that he does with his brother, Dear Hank & John. He occasionally updates on his writing progress, but it is spare. John has not published a new novel in at least five years.

What is John Green’s Tumblr Name

While you can’t find a public profile for John Green on Facebook, he does have a public Tumblr. You can find him on Tumblr at fishingboatproceeds.

You can find John Green on Instagram at johngreenwritesbooks.

JohnGreen is the Twitter username for John Green, of course. You can join his five million followers here. You can keep updated with his many YouTube videos, new podcast episodes, and AFC Wimbledon news.

What is John Green’s Kik Username or Code?

John Green does not have a Kik account, or at least not a public one.

John Green has quite a few YouTube pages. His main channel is vlogbrothers, which was started in 2007 with his brother Hank Green. He also teaches History and Literature on Crash Course with his brother, and many other Youtubers. He is also seen on the YouTube channel for Mental Floss.