This Canadian popstar is moody and controversial, but that doesn’t stop his fans from flocking to him. Justin Bieber was born on March 1st, 1994. Since he was first discovered on YouTube, he has released four albums, and has a fifth on the way.

How Justin Bieber Got Famous 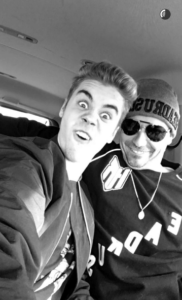 Way back in 2008, Scooter Braun made a lucrative mistake – he accidentally clicked on one of Justin’s videos. He brought the then-thirteen year old to Record demo tapes. one week later, Justin Bieber started singing on a tour for Usher. Justin was signed to the Raymond Braun Media Group, which was a collaboration with Scooter Braun and Usher. It didn’t take long for Justin Bieber to take off. His first Platinum hit was his very first single One Time. It made it to number 17 on the Billboard Hot 100. Justin’s first album was called My World, and it was released on November 17th 2009. The album ranged double platinum in the United Kingdom as well as Canada. It also went platinum in the United States. Justin did many live performances to promote that album, including the Today Show, The Wendy Williams Show, and Lopez Tonight. In 2009, Justin Bieber performed at Dick Clark’s New Year’s Rockin Eve with Ryan Seacrest. A star was born.

In the beginning of 2010, Justin Bieber released his hit single baby off of his debut album. it became an international hit, charting at number five on the Billboard Hot 100. His album My World 2.0 received favorable reviews from the critics. It started off at number 1 on the US billboard 200. This made Justin Bieber the youngest solo male Act to top the charts since 1963. Then Justin went on his first headlining tour in 2010 to promote both of his albums. Apparently he was the most searched for celebrity on Google, and Justin’s single Baby topped Lady Gaga’s Bad Romance as the most viewed video on YouTube. Justin Bieber released his biopic Justin Bieber: Never Say Never on February 11th 2011. On its opening day, it made 12 million dollars. Justin released his third studio album, Believe, on June 19th 2012. It featured some new sounds, and was less critically acclaimed. It still started out as number one on the billboard 200. Justin Bieber released the new single called What Do You Mean in 2015. His fourth studio album is called Purpose. 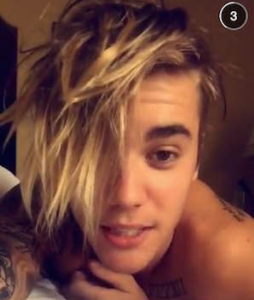 Justin Bieber is a very controversial figure in pop culture. He has been photographed spitting on his fans, and that is the least bad thing he has done. Justin got into trouble in Brazil in 2013 when he was charged with vandalism. He was arrested in late January of 2014 for a DUI in Miami Beach, Florida. Justin was also driving with an expired license, and he resisted arrest. He was not sentenced to any jail time, but rather was released on a $2,500 bond. Soon after, 270,000 people petitioned to have him deported, but that attempt was unsuccessful. Later in 2014, he was charged with vandalism for throwing eggs at his neighbor’s house in california.

Justin Bieber has had his fair share of girlfriends since becoming famous. In 2011, Justin famously dated his friend Selena Gomez, only to break up publically in 2012. The two were back together for a whole month in 2014, but that quickly ended. In the beginning of 2016, Justin started casually dating the model Hailey Baldwin. By August 2016, Justin Bieber had already moved on to the daughter of Lionel Richie, Sofia Richie. His fans did not take kindly to this, and began to harrass Sofia on social media, causing Justin to take down his public Instagram. The two broke up in September of 2016.

It looks like Justin Bieber either does not have his own personal Facebook page, or he is keeping it well hidden. You can follow his official Facebook page here for pictures, official announcements, and tour dates.

Justin Bieber’s official Twitter name is, of course, Justinbieber. You can join his 90.9 million followers here. You may have a good chance of him following back . Justin follows 301,000 people!

After a long hiatus caused by drama over mean comments about a girl he was seeing, Justin Bieber has reappeared on Instagram – kind of. His new account, therealjustinbiebermusic, is reportedly managed by Scooter Braun, Justin’s manager. The account just posted on January 2nd, 2017. It does not yet have the official blue checkmark, but that hasn’t stopped 93,500 people from following the account.

What is Justin Bieber’s Kik Username or Code?

While there are many people who claim to have Justin Bieber’s Kik username, he does not appear to actually have one. There is an unofficial Twitter account that claims to be Justin Bieber which tweeted a Kik name. Perhaps you can try that one, but I doubt it is real.

Justin Bieber’s official Youtube page is JustinBieberVevo. You can find all of his latest videos there.