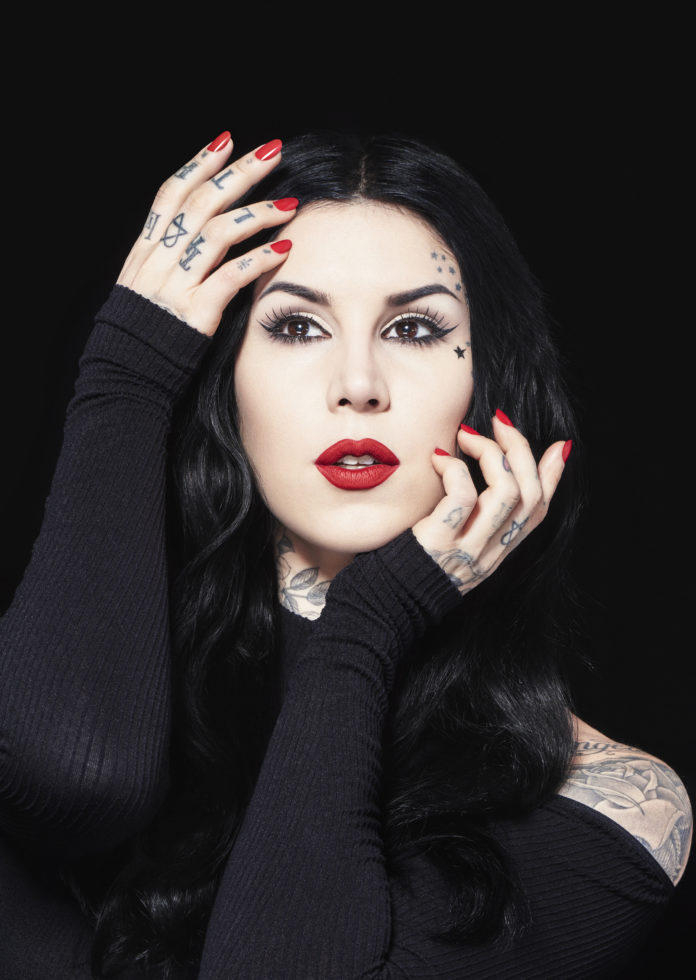 Kat Von D is a model, and tattoo artist, and television persona. She was born on March 8th, 1982 and starred on LA Ink, the reality show which follows events that take place in several tattoo studios. Kat Von D definitely took advantage of all of the notoriety that the show gave her. She dated Joel Zimmerman, aka Deadmau, Kat Von D was engaged to Zimmerman for a while until the couple went their separate ways due to his infidelity. She would then be in a relationship with Jackass star Steve O which lasted a few months before this couple split as well.

How Kat Von D Got Famous

Kat Von D made her television debut on the hit TV series Miami Ink. She appeared on this series for two seasons before she decided to make her own series, LA Ink. This series went on for a few seasons and did fairly well. Her tattoo parlor was one of the most sought after in the country for a very long time, with having many celebrity stars fly from all over to be inked by her. She would even go on to set the Guinness World Record for the most tattoos given by a single person in a 24 hour period. These two television series are what started her career and ultimately what got her started in the tattoo industry.

Outside of television, Kat Von D was most known for her make up line. She released her own line of cosmetics in 2008 for Sephora. Each year she has continued to add to and expand her line of cosmetics to fragrances. Her line was one of the most sold products by Sephora for three straight years. Each year they would always be sold out and have people calling in asking when more will be provided. After going through some life changes, Kat Von D decided that her make up line needed to be completely revamped and changed to be vegan friendly. This changed the makeup game as a big name cosmetic maker was changing her style to support as many people as possible. She would even go on to release a limited edition lipstick that was her first official vegan product with twenty percent of the sales going towards Project Chimps, an organization dedicated to providing care to chimpanzees.

After her make up stardom, Kat Von D took to writing. Her first book was entitled High Voltage Tattoo, which was sort of a biography or outline of her life. The book included all of her own personal artwork and tattoos, with a foreword by Motley Crue’s very own Nikki Sixx. This book was released in 2009 and hit number 6 on the New York Times Best Sellers list. She would go on tour all around the world doing book signings and guest appearances as a result of the book.

Her first book went so well that she made her second book, The Tattoo Chronicles shortly after. This was an illustrated diary of each day in her life, for an entire year. People were stunned to see some of the things that the artist endured and how drastically different her life was to theirs. This book would make it to number 3 on the New York Times. It is rumored that she is currently working on her third book, with her main motivation being how inspired she feels after hearing people’s stories as a result from reading her book.

Other than that, Kat Von D has been slowly inching her way into the music industry. She was asked to perform as a guest on a song by the Eagles of Death Metal who said that they wrote the song with her in mind simply because of how much of a badass she is.  She has also stared as a backup singer to the band Finnish Gothic. No matter what she does, it is assured that Kat Von D will have the support of her fans by her side. 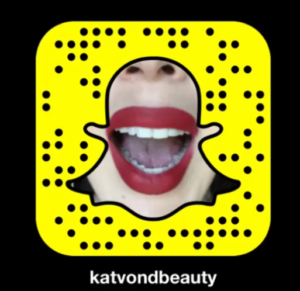 These are all of the official Kat Von D accounts. Make sure that if you are visiting some of her social media sites and or speaking with anyone claiming to be her, that you check to be sure that it matches with these profiles.

With over five million followers on Instagram and another two million on Twitter, Kat Von D has a huge social media presence. She is constantly posting and pushing for animal equality and how to treat animals more like friends and less like food. She prides herself in her vegan culture and how successful her beauty products have done, showing that you don’t have to have animal testing to be a popular brand name.

Official Website – You can find Kat Von D’s official website here. You can find all of her products at a discounted price and all kinds of tutorials and current trends in fashion – http://www.katvondbeauty.com/

If you are looking for all things Kat Von D, I definitely recommend checking her Twitter first, as she is most active there. If you want some more personal info, you can check out her Instagram to see where she’s at and what she’s doing. You can head to her website to see all of her latest products and check for any sales!