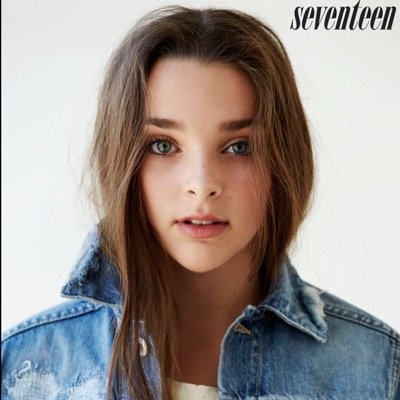 Kendall Vertes is a famous dancer from the hit television show: Dance Moms. Kendall made her Dance Moms debut during the second season of the show and joined the Abby Lee Dance Company Elite Team to replace another dancer. Prior to the television show, she was already attending the Abby Lee Dance Company, she was just not a part of the team that travels to different states and competes in competitions. She was selected after an open audition was held and has been a member of the team since. She was born on December 9th, 2002 and is the youngest sister of 3.

How Kendall Vertes Got Famous

Kendall Vertes got her claim to fame when she decided to join the Abby Lee Dance Company. This dance company was unlike any other as it was the center of a popular reality television show. Kendall joined the team and quickly became a fan favorite. She would stick around and be a part of the show, even during the time when she quit the team and joined a rival dance company. Her time apart from her home dance company only made her appreciate the time she was on there. She would eventually rejoin the ALDC and become one of the stars of the show again. She would be known as one of the dancers who would always fall a little short, but persevere and prove everyone wrong.  Her favorite styles of dance are jazz and contemporary pieces. These are clearly the dances that she accelerates at, as she has won many different competitions when entered with this kinds of dance.

Kendall Outside of Dance Moms

Outside of Dance Moms, Kendall enjoys music. She would record her own music and release it all over the world, topping the iTunes charts and Spotify charts around the world. She is currently working on her first full length album which is set to be released sometime in early 2017. Her first two singles did really well, topping the iTunes charts and becoming one of the top played songs of the week on Spotify. Kendall also puts regular videos on YouTube. She currently has over 650,000 subscribers and is steadily growing. She also has her own Instagram account which currently has over 4.9 million followers. She occasionally uses it to advertise some products that she likes, and some of her own products. She has her own app called Kendall KMoji which is only 99 cents on the app store. The app has done fairly well and shows that the young star has used her fame and fan base to already build a future for herself!

On top of building up her fandom, Kendall has built her own website for people to get a better understanding of her. With this website, she hopes to get her name out so that people will contact her with future opportunities. She lists her credentials as a dancer, singer, and a performer on her website. You can even sign up to be a part of her newsletter which updates fans regularly with news on what is going on in the young stars life. She has already received a number of sponsorship opportunities and people contacting her since her website has been up.

Kendall was quoted to say that her dream is to be a dancer on Broad Way, but if that does not work out, she wants to pursue her education and become a dentist. Kendall is currently in eighth grade and is attending school in her hometown of Pittsburgh. Unlike most of the other girls that are on the dance team, Kendall goes to a regular middle school. Most of the other girls attend Cyber School so that they can dedicate more time to dancing and less time for school work. Despite having plans for her future, Kendall does not have any idea where she wants to go to college. She has said that she has a lot of time to make these decisions and she thinks it’s best to wait and see what opportunities might arise. 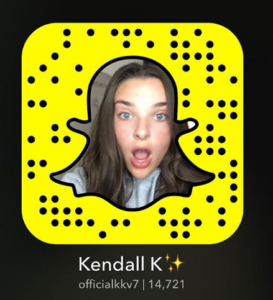 If you would like to add Kendall Vertes onto your Snapchat, you can do so by going to snapchat.com/add/officialkkv7

Note that all of the accounts listed here are the official ones for Kendall Vertes. Any other pages that you may find are not ones that are run by her. She does have some personal accounts, but none of them are shared or are private.  If you come into contact with any Snapchat or Facebook page claiming to be her, check the username as a lot of people impersonate her. Again, these are the only accounts you can find her at!

Kik – Kendall does not currently have a Kik account. If she does open one, I’ll be sure to update here!

iTunes – You can find her official iTunes account here! All of her latest releases will be released here first! https://itunes.apple.com/us/artist/kendall-k/id979406325

Again, these are all of the places you can find the latest news on Kendall Vertes! Check them out for all kinds of updates as to what’s going on in her life. You can also find her on TLC on the hit television show, Dance Moms!