Kevin Darnell Hart was born July 6th 1979 and is best known for being an American actor and comedian. Growing up, Kevin had a relatively difficult life. His father was in and out of jail on drug charges, which left his mother to raise him and his brother alone. Through these difficult times, Kevin found humor to be a way to cope with his situation and a way to help relieve some of the stress and tension in the household. Hart never let anything in his childhood get to him, in fact, he is cited saying that it made him a stronger person, and a much funnier individual. With many lead acting roles, and having many different stand up specials, Kevin Hart is a really funny guy that deserves all the love for changing his upbringing and beating the odds he was given.

How Did Kevin Hart Become Famous?

Kevin Hart decided comedy was going to his thing from a very young age. He used it as a coping mechanism to deal with family issues, and after high school, pursued community college. After attending community college, Hart traveled to New York and then Massachusetts. Never really finding his way, Hat decided to move back home to be closer to his family. It was this decision that changed his future forever!

After moving back home, Kevin booked his first gig at the Laff House in Philadelphia, under the stage name of Lil Kev. Unfortunately, this gig did not go well and he was booed off of the stage. Hart did not let this discourage him, and he kept trying. He would travel back to Massachusetts and enter several comedy competitions to try his luck with a different crowd. He started getting more and more positive reviews and he eventually developed his own style of comedy.

After traveling around the Massachusetts area, Hart was eventually noticed by someone in Hollywood and approached by him offering him a job. Kevin Hart knew that this was his opportunity and his chance to break into the real comedy scene, so he gladly accepted.

In 2009, Hart began his first comedy tour around the world. This tour was called the I’m a Grown Little Man tour and did really well. He was selling out crowds all around the world and people loved hearing this man tell stories and personal anecdotes. After about a half a year of touring, Hart knew he wanted to do another tour, so he started coming up with more content for his next tour.

In 2010, Kevin Hart announced he would start the “Seriously Funny” tour. Before he even started touring, all of the places that Hart had booked to perform at were booked. Hart had actually expanded the tour because he wanted to give more people the chance to hear him. He even did a few shows at some of the places that had once laughed at him back in his home town of Philadelphia.

After the success of his second tour, he launched his third tour which was entitled the “Laugh at My Pain” tour. This was a unique tour because it was the first one that would be recorded and broadcasted live as a special event. He had many special guests during his recording including Taraji Hensono and Larry King. The event made an estimated 7 million dollars and ran for about an hour and twenty minutes. The success of this tour is what started Hart on his quest to venture out of purely stand up and take his hand at television and writing.

He would soon launch his own iPhone game which was called Little Jumpman. The game did fairly well, mainly because the game featured Hart and his fan base stayed true to following him. More importantly, after the special it was ABC that would approach him to create a TV series that he would write for. Hart agreed and even had a brief cameo in the show.  The show, The Big House, did relatively well and Hart was asked to sign on for a second season. Of course, Hart agreed as it was a good way to keep his foot in the door for other opportunities.

Hart has had many successful television and movie adventures including roles in such films like Scary Movie, The 40 Year Old Virgin, Ride Along, and The Wedding Ringer. All of his movies went really well and he would continue to get starring roles in many different movies and television shows. At one point, Hart even went under an alias and produced his first record. 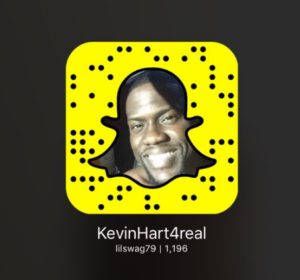 These are all of the real social media accounts for the comedian. If you want the latest scoop on where Hart is going to perform, check out his Twitter and his official website. He updates those most frequently, but when he is on the road, be sure to check his snapchat because like any comedian, he posts some really funny things that his fans will love to see.