Maddie Ziegler is a dancer who has achieved stardom at such a young age. She first appeared on television across the world at the age of eight when she starred on the Lifetime reality series Dance Moms. She was born September 30th, 2002 and is the oldest child in her family. Maddie is without a doubt one of the favorites on the hit television show, getting a lot of attention from the dance instructor, and despite some hatred from the other girls, Maddie always kept her head up and did the best she could.

How Maddie Ziegler Got Famous

Maddie Ziegler appeared on TV at the age of 8. She was dancing for the Abby Lee Dance Company prior to the show and was asked to appear on the show when it launched. She accepted and was easily the star of the show. Maddie would be shown learning her dances, travelling to competitions, and all the drama that comes along with being a child star. Maddie was listed on Dance Moms until her and her parents decided to part ways with the Abby Lee Dance Company to pursue other interests and further her career. Without a doubt, Maddie Ziegler got her start here on Dance Moms, and that is how she is such a widely known name in both the dance industry and the music industry.

Maddie Ziegler Outside of Dance Moms

Outside of Dance Moms, Maddie has accomplished a whole bunch of things that are very impressive for her age. In 2014, Maddie was contacted by pop star Sia to star in one of her music videos. Maddie accepted and become a worldwide celebrity. After appearing in Chandelier, Maddie and Sia continued to work together, making five more music videos. Across all of the videos, Maddie has been viewed on YouTube over four billion times! Sia has been cited saying she has more plans for the young superstar, so do expect a lot more videos from the young dancer. Maddie has even gone on tour with Sia, appearing all across the world on almost every continent.

Outside of her career with Sia, Maddie has appeared on several television shows such as Drop Dead Diva, Austin and Ally, and Pretty Little Liars. Maddie was even asked to be a guest judge on the hit TV show So You Think You Can Dance. Maddie was brought back on the show to judge the grand finals and was a favorite on the show.

Outside of television, Maddie has won several notable awards including Choice Dance at the 2016 Teen Choice Awards. Maddie has shown the world that she has what it takes to break out of the reality television scene and make a career for herself. Maddie has even branded herself a clothing line that has done really well for itself. Her website has taken off and people all over the world are ordering her clothing and booking her for events. Most recently, Maddie toured around Australia dancing at many different venues and performing with her sister, Mackenzie.

One of the last things people might know the young dancer from is her modelling and endorsements. She has modeled several huge agencies such as Cosmopolitan, Teen Vogue, Vanity Fair, Ralph Lauren, and Target. Another adventure the young dancer has pursued is writing. Maddie wrote a section in the Abby Lee Miller memoir which has done very successful. She has plans to write her own memoirs and a series of novels for middle school aged children.

Maddie has even gone above and beyond for charity. The young star partnered with Starlight Children’s Foundation to help raise awareness and money for chronically ill children. She has also partnered with Dancers Against Cancer to raise funding to prevent childhood cancer. Maddie has single handedly raised about a million dollars for different foundations to help raise money for children all across the world. Maddie even stars at charity events and has a portion of some of her clothing line donated to charity when she is doing these events. Without a doubt, this young girl has inspired many people to pursue the things that they love and show that you can be charitable at such a young age.

Maddie can also be found on the Teen Vogue snapchat stories as she is a representative of the brand. You can find their snapchat at TeenVogue! 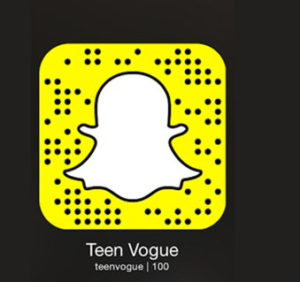 Maddie once tweeted that you can add her on snapchat with this username and this is the only one she has ever had, but at the moment, it has been taken down. Maddie has said that she will return to Snapchat for her fans, but it is only a matter of speculation when that will happen!

It is worth noting that these are all of her official accounts. If you see another account claiming to be Maddie Ziegler and it is not on this list, it is most likely a fake and I would proceed with caution. Maddie has not given out her personal Facebook or Twitter, so if you encounter either of those, know that you are more than likely not speaking with the real Maddie.

With a social media reach of her 10 million, Maddie Ziegler has a very active presence. She is all over the internet for her starring in many different music videos. She most often updates her Instagram, but can be found posting on all of her other social media sites as well.

Facebook – The official fan page for Maddie can be found at https://www.facebook.com/maddieziegler

Website – Maddie’s official website for all things Maddie and Mackenzie can be found here, this includes their touring dates and inside scoops as to what the girls are up to!                  http://www.ziegler-girls.com/