Meghan Trainor is not only a singer/songwriter with a retro rock style, but she is also a record producer. Meghan plays the piano, ukulele, guitar, piano, and trumpet in addition to singing about body image, female empowerment, and what it means to be a woman.

How Meghan Trainor Got Famous 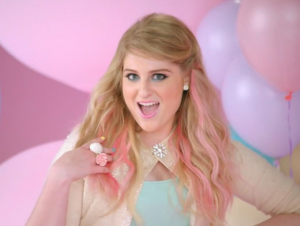 Meghan was born in Nantucket, Massachusetts on December 22nd, 1993. She started singing at church at the age of six and has not stopped since. Meghan Trainor credits her musical talent to her parents, who were also involved in music and the arts. Several of her aunts and uncles were singers and songwriters, and her father played the organ for his church. Just five years later, she wrote her own arrangement of Heart and Soul, as well as other songs using a program on her computer. The next year, Meghan sang in a cover band with her family called Island Fusion, and she played the piano and guitar. She played with that band for four years until she joined a jazz band in high school.
Meghan’s parents urged her to participate in songwriting conventions, and music lessons. They even created a home studio for Meghan to record in – and record she did. Meghan Trainor created and released three whole albums on her own before she even turned 18. She decided not to go to college at Berklee College of Music, instead following her passion into a career. She was presented with the opportunity for a publishing deal with a friend of a man she met at a music conference in Colorado. Meghan got work as a songwriter after expressing hesitation for being a recording artist herself. She moved to Nashville, Tennessee and started writing songs for larger acts like Rascal Flatts. 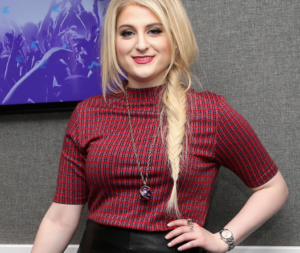 Meghan Trainor performed All About That Bass for Epic Records famous chairman, L.A. Reid. They put the song out in the summer of 2014, and it became an instant hit when the music video went viral on YouTube. It got to the top of the charts in over 50 countries. All About That Bass is one of the top-selling singles of all time, quickly reaching multi-platinum.status.Trainor released her debut album, Title, in the fall of that year, but it only reached number 15 on the Billboard charts.Her second single, Lips Are Movin’, which reached number 4 on the charts. Meghan Trainor went on a headlining tour called That Bass tour in early 2015. She was supposed to put out another album that same year, but suffered a hemorrhage in her vocal cords, and had to take a break from singing. She put out the second album in 2016.

It appears that Meghan Trainor’s parents have high standards for their daughter’s potential dating partners. Meghan has not been in a serious relationship since she was in high school. Her parents want to make certain that any long term boyfriends she has from now on are as famous as she is. Meghan has to be careful about who she dates for other reasons. Her fan base is quick to judge, and let their feelings be known on social media platforms.She has been rumored to be dating fellow singer Charlie Puth, as well as movie star Daryl Sabara. 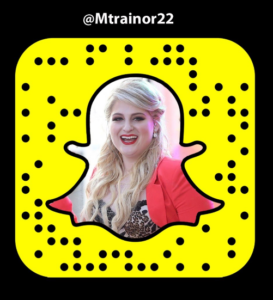 It looks like Meghan Trainor does have a personal Facebook profile, but nothing on it is public except for a single photo of Meghan wearing a slouchy hat that says PIZZA on it. Meghan Trainor does have an official Facebook page that she uses to promote her music and her business. You can join her three million followers here, and get all of her new, photos, and tour dates. At least five other profiles are claiming to be Meghan Trainor, but only the Page has the official blue check mark.

You can find the mega pop star Meghan Trainor on Twitter at meghan_trainor, or by clicking here. She posts new content and retweets other people who mention her in their tweets. Meghan also posts some personal thoughts and feelings and shares content from her other social media sources.

You can join Meghan Trainor’s 7.8 million followers on Instagram here, at her username meghan_trainor.

What is Meghan Trainor’s Kik Username or Code?

Meghan Trainor does not seem to have a Kik account, or at least not a public one.

You can find Meghan Trainor on YouTube here at meghantrainorvevo.She posts all of her new official videos, as well as interviews, and live content.