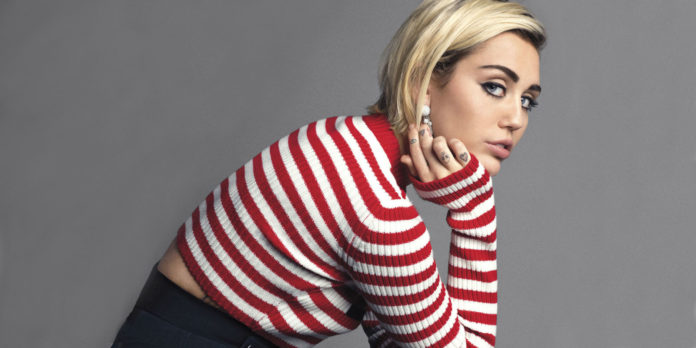 Miley Cyrus is an American singer and songwriter. Born November 23rd, 1992 to famed Billy Ray Cyrus and Tina Finley Cyrus, Miley Cyrus was on the track for stardom since her beginning. During her childhood, she was praised for her starring role in several Disney television shows including Hannah Montana. Inspired by her father at a young age, Miley Cyrus soon branched out from her childhood stardom to becoming an inspiring recording artist. She quickly became popular for some of her songs and stirred up a lot of controversy in the process. Regardless of the controversy, Cyrus proved that she could overcome the media and make her career her own and not let the news put her down.

How Did Miley Cyrus Become Famous?

Miley Cyrus grew up on a huge farm in Tennessee. She was born into the lime light due to her father, Billy Ray Cyrus, being a rather successful singer. She went to a private school and was raised in a very strict household. They would soon move to Montreal because of her father’s acting career and that is where everything started. Her father took her to see Mamma Mia at a theater and that is where everything clicked for eight year old Miley. She told her dad that day that she wanted to be an actress.

Two years later, her father got her a small role in the television show he was working on, Doc. That eventually branched out and became a bigger role in the Tim Burton movie, Big Fish. Someone must have noticed her, as she was then offered a position to do Hannah Montana. This is where he career really began and started to take off.

When the series premiered, Hannah Montana had the largest premiere for any Disney show at that moment. Week after week more and more people were tuning into the show to see young Miley star in this hit sitcom. The popularity of the show spiraled past everyone’s expectations and became the number one show on network television. Miley Cyrus was known around the world for being a young teen star and everyone began to love her.

During the filming of the first season, Cyrus was asked to sing a few songs, she accepted and this is where the musical aspect of Cyrus came from. Her singing brought fans to tears and she was asked to go on tour with The Cheetah Girls as her television persona, Hannah Montana. She was so popular that Disney asked her to create her own album under her stage name, Hannah Montana. She did, and the album was a huge success, being one of the best children’s albums of all time. Her album sold over three million copies across the world, and is still relevant today.

In 2007, Hannah Montana was still alive and she was asked to do more albums. She agreed and released another album entitled: Hannah Montana Two: Meet Miley Cyrus. This album was broken into two separate disc, the first of which being music from her persona, Hannah Montana, and the second half being her own original music as herself. Both parts of the album did extremely well and she started touring around the world at such a young age. She was selling out stadiums across the world and her attention was demanded all across the world. This tour led to Disney creating one of the first 3D concerts to be shown around the world at theaters. This event was for a very short period, and the demand was huge.

A few more Hannah Montana albums later, Miley Cyrus decided she wanted to start doing things her way. In 2010, she decided to transition her style of music to something that fits her better and was a bit more adult. She starred in the film, The Last Song, which was based on the novel by Nicholas Sparks. Despite having a negative reaction from her fans, the movie did relatively well. Disney asked her to come back to do one last album under her old name and she agreed. But this was the last time.

Fast forward to 2013, and Miley Cyrus rebranded herself in a series of songs that were very different from her older image. She began twerking in her videos and this outraged a lot of the fans who knew her so dearly as Hannah Montana. Despite all of the controversy, Cyrus continued on and kept doing her own thing. It worked out pretty well as she is on her way to releasing her sixth studio album and launch another tour around the world. 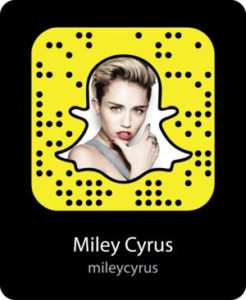 Note that this is the official Miley Cyrus snapchat and this is the only place you will find her updating her fans with her real story. She has a ton of fake accounts out there of people trying to use her name to do harm, so make sure that you have this one added as it is the only official snapchat for her.

Again, these are all of Miley’s official social media accounts so be careful when interacting with other pages. Always check back here to see if you are on the official pages!

Faceook – You can find her official Facebook here – https://www.facebook.com/MileyCyrus/

I definitely recommend checking her twitter and Instagram first if you want the latest scoop on what the young celebrity is up to. She definitely updates those the most. You can also see a lot of awesome things from her on her snapchat, including behind the scenes look at things she is doing. Go behind the concert and behind the movie screens on her snapchat today!