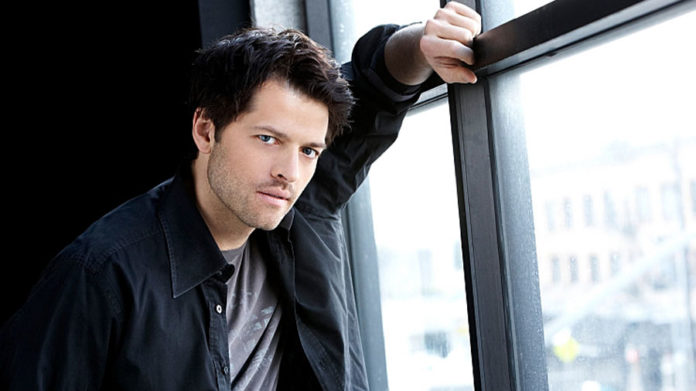 Misha Collins is a television actor who is best known for his portrayal of the angel Castiel on the long-running television show Supernatural. Due to the show’s huge fanbase, he has found himself with something of a cult following over the years. Misha, also known by his birth name Dmitri Collins, has since become one of the biggest and most well-liked names in American television. Misha was born in Boston, Massachusetts on August 20th, 1974. Although Castiel is his primary role in television, it’s definitely a very good one.

Misha was raised in a modest household in Boston, and he didn’t initially have much interest in acting. He pursued higher education at the University of Chicago, where he studied social theory. Not only that, but Misha also interned at the White House for a brief time, during the Clinton Administration. Like many aspiring actors, he began his career by performing in some very small roles. His screen debut was in 1998, when he appeared in a single episode of the show Legacy. Collins would see many of these one-off television appearances, on shows like Charmed, NYPD Blue, CSI: Crime Scene Investigation, NCIS, Monk, Without a Trace, and CSI: NY. 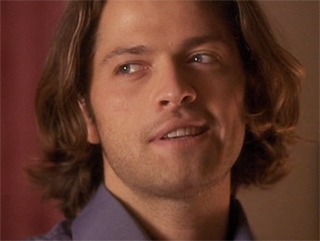 His first recurring television role didn’t come until 24, when he played the character Alexis Drazen. Alexis was a minor character, serving as the younger brother of one of 24‘s main antagonists, Andre Drazen. Misha would depict Alexis Drazen for 7 episodes before he ended up being killed off. He had another minor recurring role in ER, between 2005 and 2006. He played a character named Bret for three episodes. One of his most controversial parts during this time was when he played Paul Bernardo, the serial killer, in the movie Karla. He performed alongside Laura Prepon, and the dark film received huge backlash. Today, Misha expresses regret for ever accepting the role.

Misha would get his “big break” in 2008, when he was cast in a large role for the CW television series Supernatural. He came aboard the show during season 4, and fans fell in love with the character of Castiel. Although Castiel is obviously a dangerous and powerful character, his lack of understanding of human behavior led to all different kinds of humorous moments during his time with the show. Misha’s charming depiction of an awkward, menacing fallen angel has been subject to enthusiastically positive reception from fans and critics alike, with many feeling as if Castiel is deserving of his own spin-off. Supernatural promoted him to the main cast during season five, which seemed to be prompted by the positive audience reaction to the character. 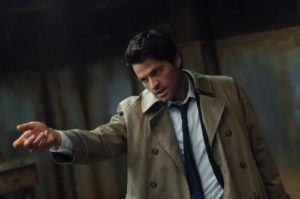 Fast forward to today, and Supernatural is currently running through its 12th season. Misha is still very much a part of the regular cast, and the long-running program keeps him very busy. He has received a couple of awards for his work, including two People’s Choice Awards. The first People’s Choice Award came in 2014, when he won Favorite TV Bromance along with his Supernatural co-stars, Jared Padalecki and Jensen Ackles. His second People’s Choice Award came in 2015 when he won Favorite Sci-Fi/Fantasy TV Actor. He was nominated for that very same award in 2016, as well. Although Misha wasn’t with this show when it first began airing, he is undoubtedly one of its most iconic characters today.

One of the largest reasons behind Misha’s popularity is the fact that he has proven to be a really nice guy. While some people use their fame to take advantage of people, he uses his platform as a prominent television actor to help others. He is the co-founder of Random Acts of Kindness, the renowned non-profit that is dedicated to helping others around the world. He has also founded GISHWHES, also known as the Greatest International Scavenger Hunt the World Has Ever Seen. As you can infer from the name, it’s the largest media scavenger hunt in the world, and it has been officially running since 2011. The event saw around 30,000 participants in 2016, and an even larger turnout is expected for the 2017 event, which will be beginning in late July. Celebrity worship can be misguided sometimes, but you can at least know that Misha Collins is definitely a good guy. 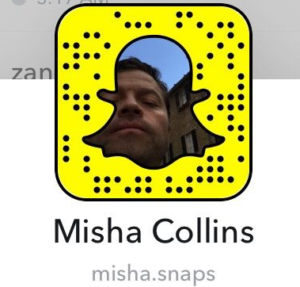 If you want to add Misha Collins on Snapchat, simply scan his snapcode above or click the link here.

If you want to check out Misha’s personal and official Facebook page, then look under the username @officialmisha. You can also view his Facebook account by clicking the link here.

Misha Collins has over 2.5 million followers on Twitter. Just in case you aren’t one of those 2.5 million people, his Twitter handle is @mishacollins. Check his Twitter page out by clicking the link here.

Misha Collins doesn’t have an official Kik account, so if you’ve met someone on Kik who claims to be this television actor, I wouldn’t take them too seriously. As of right now, Misha has not made this information publicly available.

If you’re a Misha Collins superfan, then you should check out his YouTube channel. On this channel, he posts all kinds of personal vlogs. His channel is under the username ThisIsMishaCollins, but you could also just click this link to view it for yourself.