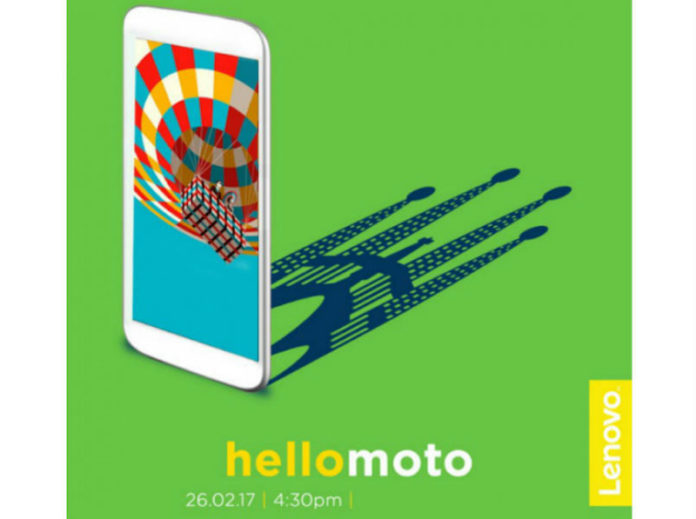 There are good news for fans of Motorola phones as the company will be announcing new smartphones next month. CES 2017 gave us all the latest tech products but MWC is next month and some of the biggest smartphone makers are rumored to be making an appearance at the tech show.

Lenovo-owned Motorola has given customers plenty of smartphones in recent years and we won’t have to wait very long to see their latest smartphones as they have reportedly sent out invites to a press event on February 26.

The invite, which says hello moto and shows a phone with a shadow of what appears to be the iconic church located in Barcelona, is for the day before the event begins. MWC 2017 will take place in Barcelona from February 27 – March 2, 2017.

Lenovo and Motorola have not confirmed any details about the phones it plans to announce for the tech show next month. There have been a lot of rumors about the Moto G5 in recent weeks, so this could be one of the smartphones that the company is planning to unveil during the event. The invite is rumored to be for a Moto G5 and Moto G5 Plus smartphone but nothing has been confirmed by the company so far.

The devices that will be announced by Motorola and Lenovo have not been revealed but the recent comments from one of its officials confirm that new smartwatches probably won’t be making an appearance at MWC 2017. A few weeks ago, Motorola’s Shakil Barkat said during a conference that they didn’t see enough pull in the market to put out a new smartwatch at this time. The comments pretty much confirmed that a new version of the Moto 360 would not be coming anytime soon.

In recent weeks, rumors have mentioned that the Moto G5 is coming very soon. But the phone on the invite has not been announced and Motorola has yet to bring back the Moto X line, so some fans are hoping this is the return of this smartphone. The last time Motorola released a Moto X phone was back in 2015 and despite all the rumors about a 2016 version, it has not returned. Last month, photos of the alleged Moto X (2017) surfaced on the internet.

MWC 2017 is next month, so we’ll only have to wait a few weeks to see their newest smartphones. Which phones do you think they’ll announce? Let us know in the comments.