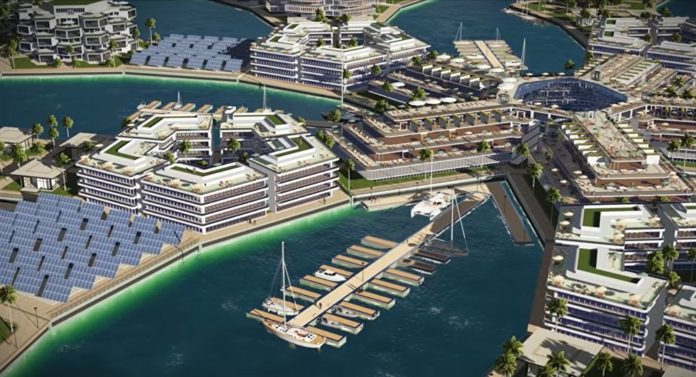 French Polynesia, which has more than 100 islands in the South Pacific, is one step closer to building the world’s first floating city after an agreement with the US company. Parts of French Polynesia face the risk of being affected by the sea level rise but the government has found a partner to begin the project. Tourism is also an important source of income for French Polynesia, so the floating city could become a popular tourist destination once it is completed.

Floating cities are usually seen in movies but French Polynesia could be the first in the world to have it. The government and institute have not revealed all of the details about the plan, including the cost.

Randolph Hencken, Executive Director of The Seasteading Institute, said that they were looking for sheltered waters as they don’t want to be in the open ocean because it is difficult to afford. He says that if they can be behind a shore break, then they can create floating platforms that are sufficient for those waters at an affordable cost. He finished by saying that French Polynesia are a tourist based economy and that they are excited to bring them in because they are a technology based idea.

The world’s first floating city will have plenty of tourist attractions and will be contained by a circular barrier. The cost and other details are not yet known but the project would be the first in the world. The Seasteading Institute, founded in 2008, reportedly began talks with the French Polynesian government to develop a floating city back in October 2016. The two now have an agreement and French Polynesia is now one step closer to having the world’s first floating city.

What do you think about the floating city plans? Let us know in the comments.