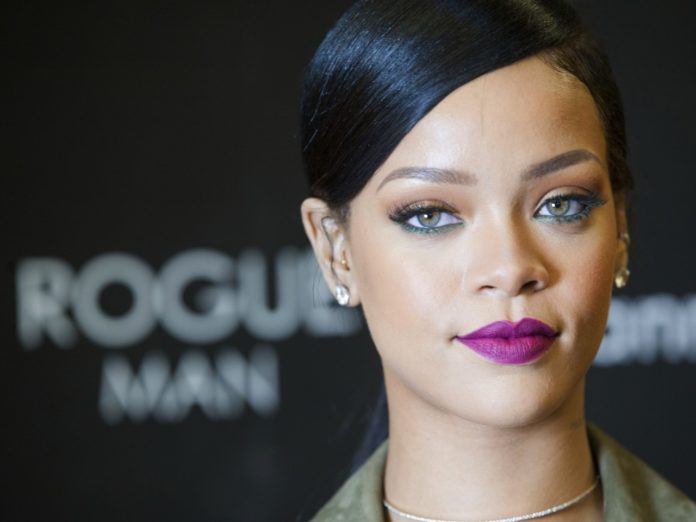 Rihanna was born February 20th, 1988 and comes from the Barbados. She is best known for being a singer and a songwriter. Growing up was hard for Rihanna as her father was affected by drug abuse, which made growing up hard for her. This also inspired her to turn her life into the best thing she can. While she was growing up, she was also affected by severe migraines which resulted in her spending a lot of time in hospitals. During her time in elementary school, she was drawn towards music, but never participated in any school events. During high school, she attended a military program where she would eventually drop out to follow her dream of becoming a musician. Despite all that was working against her, she brought herself to the top and became a world renowned singer.

How Did Rihanna Get Famous?

Despite growing up in what would some consider a broken household, Rihanna knew that she wanted to be a musician. She dropped out of high school and formed a group with two of her classmates. She was performing at a small time club in Barbados when American record producer, Evan Rogers, approached the nameless group and ask if they’d like to audition for his company. Evans was quoted saying “As soon as Rihanna walked into the room, it was like the other two girl’s didn’t exist.” Rihanna was given a second audition in which her mother came and was invited to join Rogers in the United States to actually start recording.

For the next year, she was recording on and off because the record producer wanted her to finish high school. So during the weekends and holidays, Rihanna was busy in the studio working on some demos to show off. The two songs that came out of this were Pon de Replay and The Last Time. These would eventually go on to be two of the songs in her first album Music of the Sun. She was then sent out to another audition, but this time for Deaf Jam Records, who at the time, the president was Jay Z.

When Jay Z heard that first song off her demo, he knew instantly that she needed to be signed. Through his connections in the music industry, Jay Z was able to get her to work in the studio, full time, where she would spend the next few months recording her first album. In May of 2005, her first album was released and her leading song, Pon de Replay, was a worldwide hit. It quickly took the top spot on the Billboard Hot 100 list and was the number one song in all of the clubs that year.

With the success of her first album, Rihanna was able to go on tour performing all over the world. This was when she knew her dream had come true. She always knew that she wanted to travel to places she had never been, and doing this with music was a dream come true for the young singer. She was even invited to perform at the MTV Video Music Awards where she would be exposed to even more people.

In 2007, she was on her way to the top of iTunes and Spotify in many different countries. Her third album, Good Girl Gone Bad, was an instant success and showcased a lot of the skills that she possessed. The lead song for this album was Umbrella, which was the most watched video on YouTube for the month that it was released. Jay Z was so impressed with her that he asked her to perform Umbrella with her on tour, which was another dream for the young singer.

She continued with her music and kept producing hit track after hit track. From hits like Love the Way You Lie, and All of the Lights, she was producing songs that became huge hits all over the world. She was collaborating with artists like Eminem, Brittney Spears, and Elton John, all of which were idolized by her when she was growing up.

With 8 studio albums out to date, Rihanna has shown that she can do all styles of music well. She has no plans of stopping and plans on continuing her singing career far into her adult life. She has mentioned another special tour coming up for 2018, but she hasn’t released anything more than that.

Outside of music, Rihanna has ventured onto the television. Her major television debut was in This is the End, a comedy film that was directed by Seth Rogan and starred Seth Rogan, James Franco and Jonah Hill. After this film, she was asked to participate in Bates Motel, and has a future role in the upcoming, Ocean’s Eight movie. 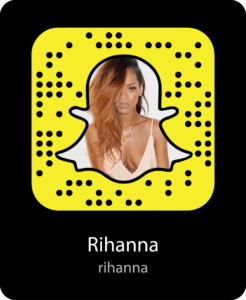 This is the only official snapchat of the singer. She has said on Twitter that many people have tried impersonated her, so be sure to check that you have this one added. I definitely recommend adding her as she shows an awesome look at a lot of the things that goes on behind a concert.

After a huge Instagram controversy in which her account was banned, Rhianna took to Twitter and snapchat as her primary means to communicate with her fans. With over 70 million followers, Rihanna has a huge social media outreach. She is always hosting giveaways on her Twitter and shows a lot of the awesome things that she does for her fans. I definitely recommend checking it out if you are a big fan of her. You can get a lot of cool look at what it takes to set up a concert through her snapchat, and you can also see her daily adventures and outfits.