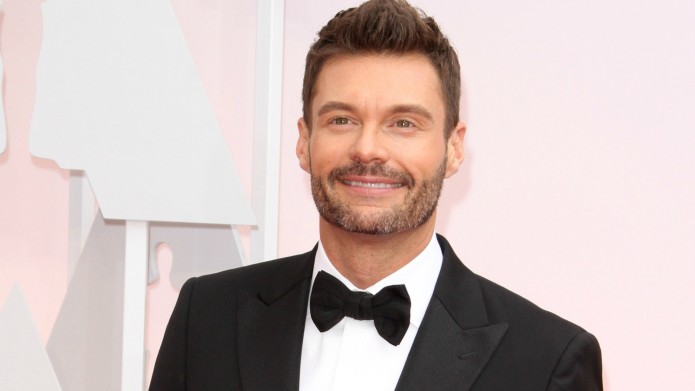 Ryan Seacrest is a renowned broadcaster who served as the host of American Idol until its final season. Aside from that he also juggles several radio programs, other hosting work, and his business ventures.

Born on December 24, 1974, Ryan Seacrest’s love for entertainment was evident at an early age which he cultivated by joining school musicals during his elementary years, and in high school he sharpened his craft through the daily intercom announcements. He had his first taste of radio broadcasting at WSTR FM 94.1 in Atlanta after winning a competition which earned him an internship at the station. As his voice spread on the airwaves ESPN took notice of Seacrest’s broadcasting abilities and offered him a job as the host of Radical Outdoor Challenge in 1993.

At 20 years of age Seacrest relocated to Los Angeles where he had his own radio program titled Ryan Seacrest for the Ride Home at KYSR 98.7. It proved to be the best show in the station which significantly boosted Seacrest’s reputation as a hotshot broadcaster. Opportunities flocked to him including hosting opportunities for several shows in the decade like CNet Central and Gladiators 2000. In 2002 Seacrest co-hosted the debut season of American Idol and he became its sole host up to its final broadcast in 2016. His work in Idol cemented his name as among the best hosts in entertainment.

Seacrest’s hosting work expanded to E! News and some of its entertainment specials, The Million Second Quiz, Olympic coverage of NBC, and Dick Clark’s New Year’s Rockin’ Eve. However his hosting was not always a guaranteed Midas touch as shows like Knock Knock Live and American Juniors fizzled. He also provided voices for characters in shows like Hey Arnold! and Robot Chicken.

Ryan Seacrest Productions was founded in 2006 and is one of the production companies of Keeping Up with the Kardashians plus a few of Kardashian-related spin-offs and E! Live from the Red Carpet shows. He was in the joint venture with Mark Cuban, Creative Arts Agency, and Anschutz Entertainment group that purchased shares and rebranded television network HDNet into AXS TV.

Seacrest headed to fashion in 2005 with the launch of his clothing line R Line but it wasn’t successful. He tried again in 2014 with the Distinction brand of apparel and accessories. He also serves as the co-owner of Apple keyboard company Typo Innovations and restaurant Katana Robata & Sushi Bar.

Seacrest is reportedly single although he was recently spotted biking with his ex-girlfriend Shayna Taylor. The two were also spotted in the wedding of Paul Marciano, the co-founder of renowned brand Guess? Inc. 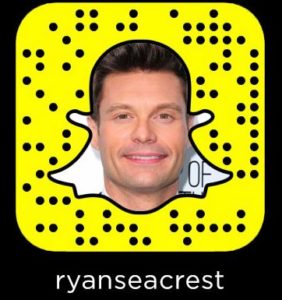 Ryan Seacrest’s Kik Username or Code – He does not have one set up right now, but if he does we will let you know.