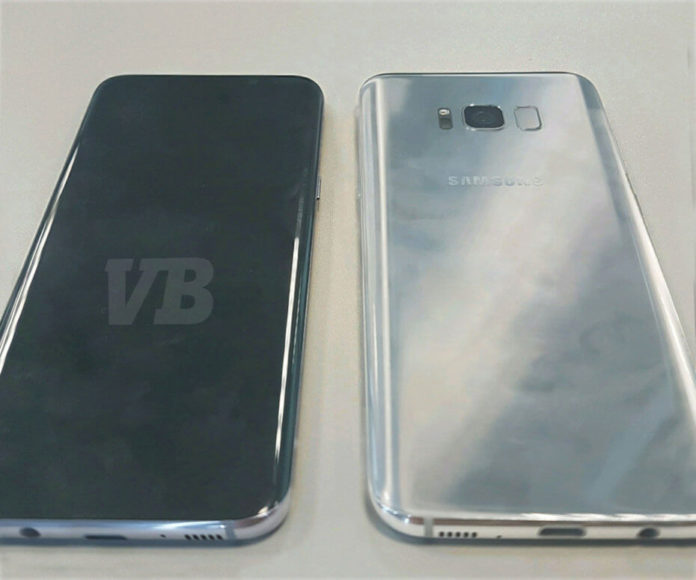 The Samsung Galaxy S8 is rumored to be coming soon and today, pictures posted online appear to show the anticipated phone. The pictures show that some of the rumors, such as two versions  of the phone and no home button, are correct. The images, which come from VentureBeat, show the bigger Galaxy S8.

In the picture, the front and back of the rumored phone can be seen. There is no home button on the front, with the fingerprint scanner located next to the camera on the back. The bottom of the phone also shows that the headphone jack will be part of the Galaxy S8. A USB Type-C port can also be seen.

The Galaxy S8 that appears on the picture is said to be the bigger version, which has a 6.2-inch display. It’s been rumored in recent weeks that Samsung will also release a smaller version with a 5.8-inch display.

The Galaxy S8 was rumored to be making an appearance at MWC next month but VentureBeat says the devices will be unveiled on March 29. Four days ago, Samsung confirmed that it would delay the Galaxy S8 release date, saying it would no longer be announced at MWC. The company has announced many of its Galaxy S phones during the tech show but its upcoming flagship will now be making its debut later.

MWC begins on February 27 but tech fans will have to wait a little longer as the Galaxy S8 will be unveiled later. But the pictures show what could be an amazing phone.

What do you think about the Galaxy S8 picture from VentureBeat? Let us know in the comments.