Shawn Mendes is a Canadian singer-songwriter who has been able to build quite the reputation for himself in a short period of time. Thanks to the powers of modern social media, this Toronto-born artist saw a meteoric rise to fame just a couple of years ago. Today, he is one of the more promising, up and coming singer-songwriters in the business. Shawn Peter Raul Mendes was born in Toronto on August 8th, 1998. He has developed a strong following on social media over the years, and he regularly interacts with those fans through his various social media accounts.

Shawn’s story of success is uncommon, but considering the state of the world today, I imagine it will become more and more common as social media becomes more popular. He started out by posting snippets of covers on Vine, where he quickly attracted a large following. Mendes sang brief parts of various popular songs, and people were drawn to his excellent singing voice and charmingly good looks. He started doing this in 2013, and by the middle of 2014 he had become one of the most followed musicians on Vine. Anyone can tell you that this kind of talent doesn’t go unnoticed for long in the music industry. He was discovered by an artist managed named Andrew Gertler in January of 2014 and helped Shawn sign with Island Records. 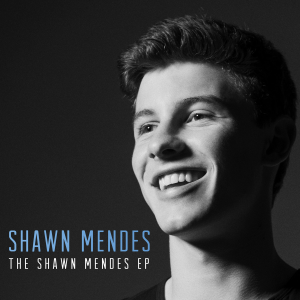 In June of 2014, Mendes released his first single. When the song released, it debuted at #24 on the Billboard 200 chart. Interestingly enough, this was a milestone for the music industry. Shawn was the youngest ever person to make their Billboard debut in the top 25 of this chart, being just 15 years old at the time. In July, he released his debut EP, entitled The Shawn Mendes EP. The EP received some pretty good reviews, and ended up peaking at number 5 on the Billboard 200 chart. Within a relatively short window of time, this singer-songwriter had effectively become a very real and very serious name in pop music. As you may know, he didn’t just stop there.

From there, Shawn would begin to collaborate with other artists in a very major way. Although he had previously toured with other social media made musical artists, like Austin Mahone, he would eventually begin to work with people who were much larger figures in the mainstream music industry. For instance, in September of 2014 he was featured on a track from a The Vamps album. Then, Shawn would spend some time working on his own music. This hard work would come to fruition on April 14th, 2015, when he released his debut album Handwritten. This album sold really well, pushing well over 100,000 units in its first week of release. Handwritten would serve as Shawn’s first number one hit, as well, debuting at number one on the Billboard 200 chart. One of the album’s single, “Stitches”, would become a top 10 single and receive a decent amount of airplay. 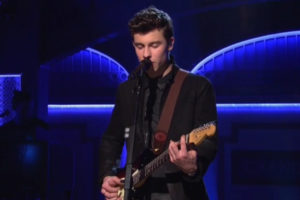 Remember when I talked about Mendes getting to work with some bigger name artists? In the same year that he released his debut album, he opened for Taylor Swift during her 1989 World Tour. Looking to explore a career outside of just music, Shawn was also dabbling in a little bit of everything during this time. He signed with a modeling agency. He appeared on an episode of The 100. When you look at the complete picture, Shawn’s work on social media didn’t just springboard his career in music. It allowed him to springboard his overall career, period. In June of 2016 he released the album Illuminate, which he hoped would carry a more mature tone than some of his previous work. This album, like his previous, would top the Billboard 200, pushing well over 120,000 total units sold. Just recently, he was a musical guest on Saturday Night Live. Overall, it just looks like Mendes’s career is going to grow from here. He is just living proof that all that you need to become successful is some talent and some people willing to listen. 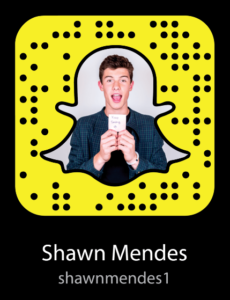 If you want to follow Shawn Mendes on Snapchat, then all that you really need to do is use the app to scan his snapcode that I’ve put above. You should also be able to to follow him by clicking the link right here.

If you want to check out Shawn’s personal, official, verified Facebook page then you can look him up under the username @ShawnMendesOfficial. Alternatively, take a look at it by clicking the link here.

Shawn Mendes has over 8 million followers on Twitter, and you can become one of those followers if you have an account on the platform. His Twitter username is @ShawnMendes, and you can see what he shares what his followers by clicking the link here.

Shawn is also on Instagram. You can look him up under the username @shawnmendes. Alternatively, take a look at Shawn Mendes’s official Instagram account by clicking this link.

It doesn’t seem like Shawn Mendes has a Kik account, and if he does have one then he hasn’t shared it with his fans. As of now, that information is not publicly available. If you have met someone on Kik claiming to be this singer-songwriter, then they’re probably just messing with you.

Shawn Mendes got his start on Vine, so it’s only natural that you may be interested in checking him out over there. You’re free to take a look at his account by clicking the link right here.