Usher Raymond VI is a famous American songwriter, singer, actor, and dancer. Usher was born in Dallas, Texas, and grew up in Chattanooga, Tennessee. He moved to Atlanta, Georgia and where he competed in local singing contests, and eventually was discovered. Eight albums later, spanning over 20 years, he is still a successful pop star.

How Usher Got Famous 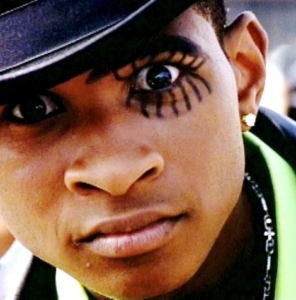 At the young age of 10, Usher was one of four members of a local band called the NuBeginnings. They released a ten song album in 1991. It was very incredibly hard to find, only available via mail order and in local record Later, his mother, Jonetta Patton, entered him in Atlanta area singing competitions, and Star Search. He eventually was discovered by a talent scout from LaFace Records while singing End of the Road by Boyz to Men. The first song he was featured in was Call Me a Mack, which was featured in a movie called Poetic Justice in 1993.

The younger star was able to overcome a major hurdle to keep his label interested. He was starting to go through life changes and his voice was beginning to crack severely. He was almost cast out from his label but was able to convince his manager, LA Reid, to keep him. Usher then moved into a place with Puff Daddy in Scarsdale, NY for “Flavor Camp,” which taught him how to think and act like a famous rapper. It seemed to work. The singer released his self-titled album in 1994, which was co-produced by Puff Daddy. The first album wasn’t very popular, but Usher soon made up for it with his next release, titled My Way. The memorable single off of that album, You Make Me Wanna, soon rose to number one on the UK charts, and it was platinum certified in the United States.

The incredibly popular single You Make Me Wanna… was a at the Soul Train Music Awards in 1999. Soon after, Usher tried out his acting chops in the TV series Moesha with fellow R&B singer Brandi. That led to a part in The Faculty, a horror movie which came out in 1998. He continued his acting career with roles in a variety of different projects including movies. 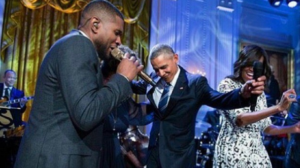 Usher did not fade away into obscurity like many nineties stars. He continued making music, and movies and coming out on top. He released his third album, 8701, in 2001, and each of the singles off of that album went to number one and stayed there for weeks. The album was certified platinum four times in the United States. He went on to release five more albums, and star in many more movies and television shows. Most recently, he entered into a joint venture with Justin Bieber and his business partner Scooter Braun in the summer of 2016. Usher also played famous boxer Sugar Ray Leonard in 2016 film Hands of Stone. He released his latest album, Hard II Love, in mid-September of the same year.

He is currently married to his manager and girlfriend Grace Miguel. Previous relationships include Chilli from R&B group TLC, British supermodel Naomi Campbell, as well asTameka Foster, his personal stylist. The two had two children together but were divorced in 2009. 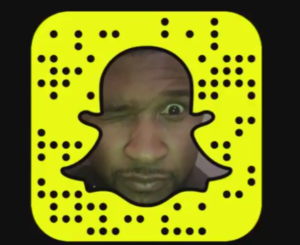 Want to add Usher to your Snapchat feed? Just click here.
One of the first things you will find when you Google Usher’s 2017 Snapchat username is a nude photo, so if you’re a big Usher fan, his Snapchat seems worth a follow. Just make sure there are no children present when you check out his snap story, just in case!

Usher’s personal Facebook account appears to be nonexistent or private, but his business Facebook account has lots to offer. Mixed in with promotional posts about his new album are shared pictures of inspirational quotes, throwback Thursday photos, and tributes to people Usher admires like President Obama and the fantastic actors behind the new movie Fences. You can also get lots of personal and professional photos of Usher, tour dates and venues, and new videos. Join Usher’s 46,000,000 Facebook followers here.

Join Usher’s Twitter followers here with his username Usher. You can get updates on Usher’s tour dates and albums, as well as personal reflections, and retweets of things that Usher finds interesting. He has over eleven million followers on this platform.
What is Usher’s Kik Username or Code?

It does not look like Usher has a Kik Username or at least not a public one as of 2017.
What is Usher’s YouTube Page?

You can find Usher on YouTube at UsherVevo. It has all his latest videos and interviews.