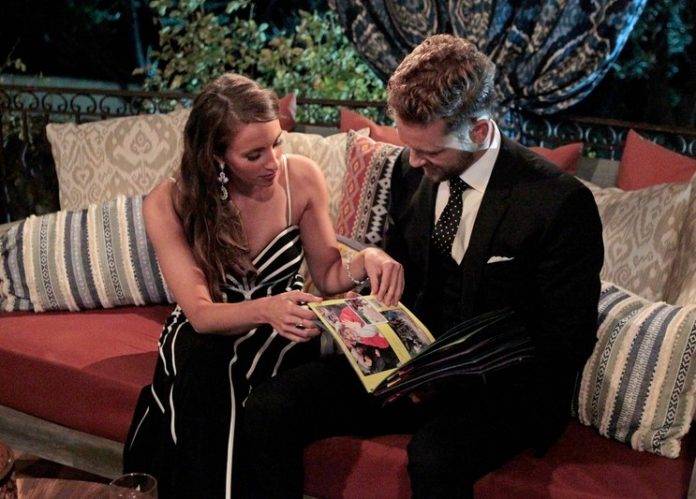 We’re about halfway through Nick Viall’s season of The Bachelor. It’s his fourth season involved with the franchise: he was the runner-up on The Bachelorette, and spent a season on Bachelor in Paradise. Things are beginning to look up for Nick with Corinne. But if I’ve learned anything watching The Bachelor, is that it’s hard to tell exactly how things will work out. That said suppossedly the results have been leaked online and it outlines who was eliminated during the Rose Ceremony for each episode. Obviously this information isn’t guaranteed however the source supposedly is well regarded so take it as you will. Let’s find out who wins Nick Viall’s season of The Bachelor:

SPOILER NOTE: Do not continue reading if you don’t want to find out who wins!

I remember when The Bachelor started with 25 women, and the furthest they’d go for their luxury dates was Las Vegas. These days, 30 contestants is the norm, but that also meant that Nick Viall ended up sending home eight woman during the pilot: Olivia, Lauren, Briana, Jasmine, Michelle, Ida Marie, Angela, and Susannah.

Liz and Nick had dated before the show, which started to come out during the episode. This pushed him to send her home, and with the other three eliminations, he had 18 women remaining.

The Backstreet Boys visited The Bachelor mansion during this episode, which was kind of silly, but did help distract from the fact Nick didn’t really have any good reason to send Christen, Brittany, or Dominique home. With them gone, he had 15 women remaining.

This was the last episode to air when I wrote this, and had the first trip back home with the 13 remaining women. Vanessa Grimaldi confronted Nick over his obvious fondness for Corinne Olympios, creating the first real drama of the season.

I’m really curious what happens here because, during this episode’s Rose Ceremony, Nick Viall supposedly sends Corinne Olympios home. After Episode 5, it seemed like Corinne was pretty clearly in the lead, and Rachel, one of the three women remaining, was barely noted.

The “Women Tell All” episode is one of my favorite episode. We’ll get to see the women Nick eliminated come back and confront him, and swap stories of their time on Season 21 of The Bachelor.

During the season finale, Nick Viall sent Raven Gates home. The episode has been taped, but by the time it – and the “After the Finale Rose” special – air, Vanessa Grimaldi and Nick Vaill will have had three months together to test out their relationship.

Considering Nick Viall has been involved with The Bachelor for years now, I’m really hoping things work out for him.