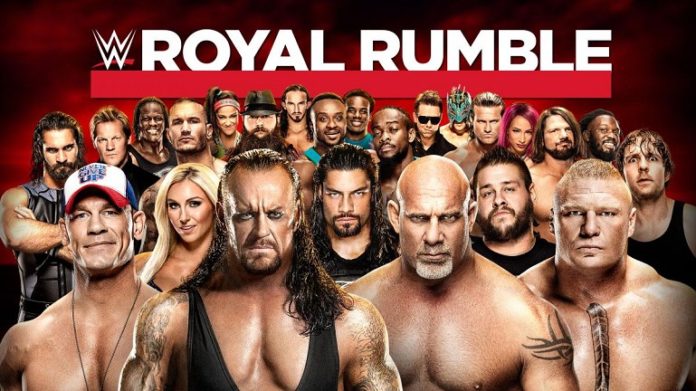 This year’s Royal Rumble is just a few hours away and fans can’t wait to see who wins the chance to main event Wrestlemania. The upcoming event is one of the most unpredictable in recent years as there are so many superstars who could win the match. Goldberg, The Undertaker, Brock Lesnar and many others have already confirmed they will be part of the match. The WWE Royal Rumble also has a few title matches from WWE Raw and SmackDown, so it will be interesting to see what happens. Here are all the matches for WWE Royal Rumble:

The WWE Royal Rumble will have three matches, including a tag team match for the WWE Raw Tag Team Championships. The first match is between Sasha Banks and Nia Jax, who have been feuding since the Raw episode after WWE Roadblock: End of the Line.

Neville returned at WWE Roadblock: End of the Line but not to congratulate Rich Swann for his victory but to attack him. Neville also attacked T.J. Perkins after the match and said in the following WWE Raw episode that he was the King of the Cruiserweights. On 205 Live, Swann challenged Neville, who asked for a title match. Swann accepted a match for the WWE Cruiserweight Championship at the Royal Rumble.

AJ Styles had an amazing 2016, winning the WWE Championship and defending it against some of the WWE SmackDown superstars. But John Cena, who recently returned, challenged the champion for a match at WWE Royal Rumble. AJ Styles retained the title that same episode, which meant that the two superstars would face each other again. AJ Styles defeated John Cena at WWE SummerSlam in a great match. John Cena will be challenging for a record-tying 16th world title at the event.

Last month, Roman Reigns was close to winning the WWE Universal Championship but the match ended up being a win for Kevin Owens after Chris Jericho attacked him. They later revealed that it was part of the plan for Kevin Owens to win. On the following episode of WWE Raw, Owens and Jericho celebrated but they were interrupted by Raw General Manager Mick Foley, who announced there would be another match between Kevin Owens and Roman Reigns for the WWE Universal Championship. The match will not allow Chris Jericho to interfere as he will be suspended above the ring inside of a shark cage.

This year’s Royal Rumble is one of the most unpredictable in recent years as there are at least eight favorites to win this match. Goldberg was the first to confirm that he would be appearing in the match. Brock Lesnar, who faced Goldberg at WWE Survivor Series, was the second superstar confirmed as a participant. The New Day, Braun Strowman and Chris Jericho were added to the match on the January 2 episode of WWE Raw. Baron Corbin was the first WWE SmackDown superstar added to match. One of the biggest announcements came when The Undertaker was added to the match. The Miz, Dolph Ziggler and Dean Ambrose were the next three WWE SmackDown superstars announced for the match. Cesaro, Sheamus, Randy Orton, Bray Wyatt, Luke Harper, Sami Zayn, Big Show, Rusev, Big Cass and Mojo Rawley were added to the match on the following episodes of WWE Raw and SmackDown.

22 superstars have been confirmed as participants for this year’s Royal Rumble, which means there are eight more spots. The Royal Rumble is known for surprising appearances from legends and maybe we’ll see an NXT superstar make their debut there.