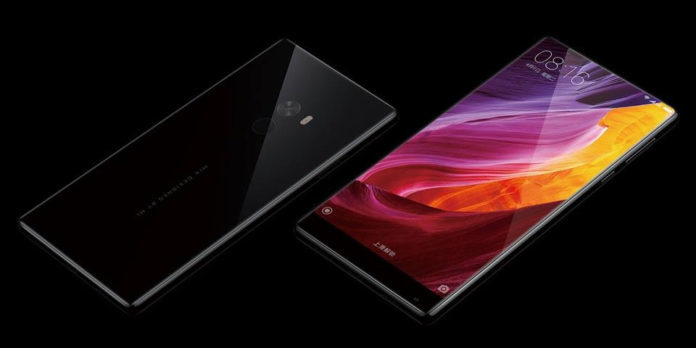 Xiaomi could be working on a new version of its popular Mi Mix phone after it was spotted on the benchmark site Geekbench. According to the information, the phone runs a Snapdragon 835 processor and comes with 4GB of RAM. There isn’t much information on the phone but it is rumored to have Android 6.0 Marshmallow.

Xiaomi made a big announcement in October, when it revealed that it would release the Xiaomi Mi Mix in November. The phone immediately caught the attention of the world as it features an edgeless display. The Xiaomi Mi Mix has a Snapdragon 821 processor and 4GB of RAM. There’s a second version, which is a little more expensive, that features 6GB of RAM and 256GB of storage. The second version is similar to the first one but it comes with gold details around the camera and fingerprint sensor.

The phone is only available in China but it has been a huge success for the company so far as sales have reportedly ended in just seconds. Xiaomi only makes 10,000 Mi Mix phones a month, so they have sold out very fast. At the CES event earlier this month, the company announced a white Mi Mix, which had been rumored for a few weeks.

Xiaomi debuted at CES 2017 just a few days ago, announcing some of its latest products. A TV, router and a white Mi Mix were all announced during the tech show. Rumors say the company will announce three different versions of the Mi 6 at MWC 2017, which takes place next month.

The Gazette Review is your daily news source covering everything from world news to personal finance. We provide the most recent, unbiased accounts of the news that matters to you. Contact us: [email protected]gazettereview.com