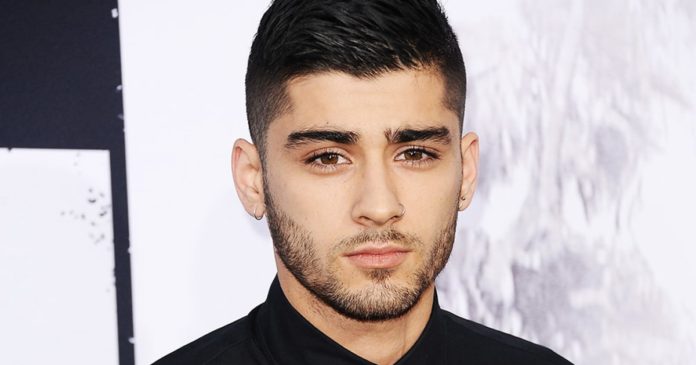 Zain Javadd Malik, or better known by simply Zayn, is best known for being an English singer and songwriter. Born in Bradford, England, Zayn started practicing music at a very young age. Zayn go his claim to fame after auditioning to be on the very popular British television show, The X Factor. After being eliminated relatively early in the competition, Zayn decided he needed a new strategy. He would eventually team up with a bunch of other guys and call themselves One Direction. This modern day boy band would go on to be on the most popular during their time together. It is estimated that his net worth as of 2017 is about 50 million dollars. He would eventually leave the hit boy band and continue his career on his own. Still relevant today, Zayn goes around the world touring on his own and doing better than the original band did way back when.

How Did Zayn Malik Become Famous?

Zayn was born January 12th, 1993 and was born into a relatively lower class family. Despite this, he and his family worked hard to provide him with music lessons as he grew older. His favorite classes were always his performing arts classes and Zayn knew from an early age that this is what he wanted to do with the rest of his life. He began listening to a lot of hip hop due to his father’s influence. As a teenager, he would begin writing raps and performing them at his school’s talent shows. He was known around school for his quirky behavior which included randomly rapping and beat boxing.

When he was just 17 years old, he auditioned for the reality television show, The X Factor. He would be accepted and move on to the second round. Unfortunately for him, he was eliminated after this second round. The experience wasn’t so bad, as the judges had actually recommended he work with other competitors and form a group. The other competitors were Harry Styles, Niall Horan, Liam Payne and Louis Tomlinson. This new group would soon be known as One Direction. The group, which was managed by Simon Cowell, quickly began growing in popularity in the UK.

The group would enter on The X Factor again and breeze through the competition. Unfortunately, they finished in third place, but Cowell recognized their talent and signed them on for a 2 million record deal. Before they even released their first album, the group released a book about their X Factory experience which would be one of the best sellers in the UK. After their book was released, the band would launch their first tour as part of the X Factor. The group sold out venues all across the UK and performed for more than 500,000 people throughout their tour.

Sensing their popularity was not quite over with, Cowell quickly had them working on their first studio album and released it in 2011. This album, Up All Night, was instantly loved across the world, reaching the number one album spot in 10 different countries. The lead song, What Makes You Beautiful, was the number one song in the United Kingdom, and number four in the United States.

After the huge success of their first album, Simon decided to commission them for a second album. This next album, Take Me Home was released in the following year. This album would be even more popular than their first one, selling over 540,000 copies and becoming the number one album in over 35 countries. The lead song, Live While We’re Young, was the number one song in many different countries and quickly became the bands most famed song. They would tour all around the world and enjoy their fame as they traveled to places none of them imagined they would ever go to.

In 2015, Zayn decided it was time to part ways with the popular band to pursue his own interests. Malik had signed a new deal with a different company and started working on his first solo album. His first album, Mind of Mine was an instant success and the lead song, Pillowtalk, was number one in the United States and the United Kingdom. A lot of people doubted the singer would be popular with the group behind him, but Zayn showed everyone that he had what it took to be his own artist. Zayn would be so successful with his first album that he was asked to perform in many different venues including the iHeart Radio Venue and even on the Tonight Show with Jimmy Fallon. Although many didn’t agree with his decision to leave the band, Zayn said that he needed some time away from the group, which leaves the interpretation that he might one day rejoin open. 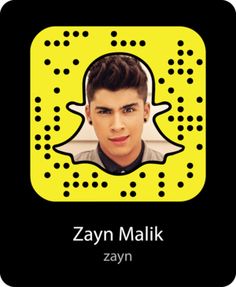 This is the only official snapchat of the former One Direction star so be sure that this is the one you follow if you want to catch all of the action that goes on behind his concerts and photo shoots.

Note that all of these are his official social media accounts and are the only places you can find the latest information on where he will be touring and what the young star is up to. He most regularly updates his website and his Instagram, so those are the ones you want to be following if you are a huge fan. His snapchat is also filled with a ton of cool personal items like how he spends his free time and what his favorite restaurants are! Any fan of the former One Direction star definitely needs to add him on snapchat today for all of his daily updates!