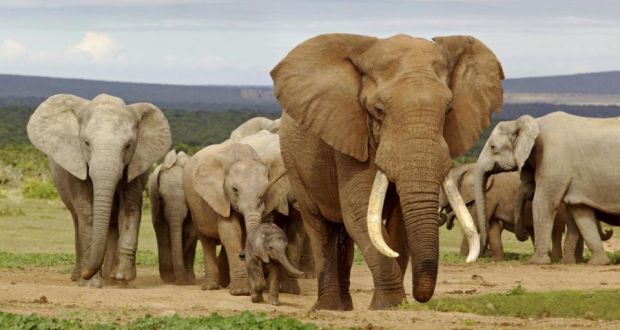 Zimbabwe’s Wildlife Agency announced earlier today that it had sold 35 elephants to China. The elephants were reportedly sold by the country to ease overpopulation and raise funds. They say the funds will be used for conservation efforts.

The decision to sell the elephants has not been well received by some people and animal organizations. But the country’s economy has not done well in recent years, forcing them to sell wildlife. The country has also been trying to push for ivory trade in recent months as it reportedly has a stockpile worth around $9 billion. In early 2016, it was also reported that Zimbabwe was planning to sell elephants and lions to China.

An exact number of the elephants living in Zimbabwe is not known but recent estimates have said that around 40,000 are currently in the country. The 35 elephants have been flown to China and were taken to three different parks across the country. The country’s wildlife agency said through a statement that its conservation efforts had been affected by the restrictions on ivory trade and hunting.

Africa has around 415,000 animals and about 40,000 of them can be found in Zimbabwe. The sale of elephants to China has not been well received though. Conservation groups are concerned about the latest sale because the wildlife agency did not reveal if the elephants were adults.