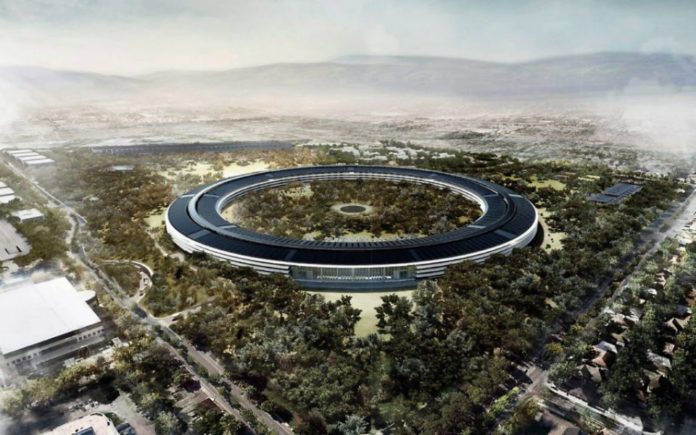 Apple has announced that it will be opening its futuristic headquarters in April. The structure has been under construction for more than six years. Apple Park was scheduled to open back in 2015 but the project had a few delays along the way.

Employees will begin moving in April and it is estimated that it will take around six months to move all of them from the Apple Campus. The tech giant also said construction of the buildings and park is planned to continue through summer.

Apple will have a special tribute to Steve Jobs, who died a few months after he showed plans for the new headquarters. The headquarters will have a 1000 seat auditorium named Steve Jobs Theater. Some parts of Apple Park will be open to the public and the structure will also have a fitness center and a cafe. There is also two miles of running and walking paths. Hundreds of bikes will also be there for employees to get around the gigantic headquarters.

The new Apple headquarters will run entirely on renewable energy, making it one of the most energy efficient buildings around the world. The building will reportedly have 17 megawatts of rooftop solar energy. Last month, a few sites reported that installation of the roof solar panels was around 70 percent complete.

Employees will begin moving from the current Apple Campus, opened in 1993, to the new headquarters in two months. Thousands of employees will continue moving in the next six months.

The cost of Apple Park was initially estimated at $500 million but recent estimates now say the total cost is around $5 billion. The parking garage has an estimated cost of $26 million. The building will not only feature the largest panels of curved glass but also one of the largest solar energy installations in the world.