What Happened to Chace Crawford – 2018 Update 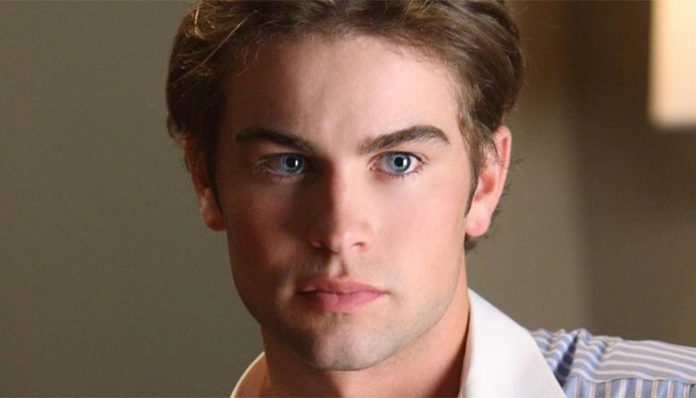 Hailing from Texas, American actor Chace Crawford is best known for playing Nate Archibald in the teen drama, Gossip Girl. The son of a dermatologist, he started out his career as a model for Hollister and Abercrombie & Fitch as a teen. After graduating, he went to Pepperdine University to study marketing and broadcast journalism for a couple of years prior to dropping out for acting. At the age of twenty one, he had a small screen debut in the television film, Long Lost Son (2006), playing alongside Craig Sheffer and Grabrielle Anwar. Later in the year, the aspiring actor appeared in the horror action movie, The Covenant (2006), in which he was cast as a supporting character. Not too long afterward, the Texas-native received a huge breakthrough when he was cast as one of the lead protagonists in The CW teen drama, Gossip Girl (2007). A regular on the series, Crawford remained on the show for a total of six years, from its start till finish.

Hugely popular amongst teen audiences, Gossip Girl effectively catapulted the actor from the unknowns to superstardom. Capturing the hearts of millions of viewers, Crawford quickly garnered himself a devoted fan base. To date, his portrayal of Nate Archibald is probably one of his best remembered performances on television. Not only did the series lead him to fame, but it also earned him several awards including four consecutive Teen Choice Awards for “Choice TV Actor in a Drama” from 2008 until 2011. Following the end of Gossip Girl, he guest starred in an episode of the hit musical series Glee (2014) before landing another main role in the primetime soap opera, Blood & Oil (2015). Although not as successful as his previous work, the ABC series did lead him to a People’s Choice Award nomination for “Favourite Actor in a New TV Series” in 2016.

Outside of the realm of television, Crawford has also starred in several movies over the years. Two years after making his debut on the big screen, he co-starred in the crime thriller, Loaded (2008) alongside Jesse Metcalfe, Monica Keena, Corey Large, and Nathalie Kelley. He returned to film in the film, Twelve (2010), playing the role of a once-wealthy teen who struggles to make a living as a pot dealer. Some of the other feature films that he’s starred in include Peace, Love & Misunderstanding (2011), Cry of Fear (2015), Rules Don’t Apply (2016), and Undrafted (2016).

What has the 31-year-old award-winning actor been up to since then? Has he landed any new roles on film or television? What can we expect from him in the upcoming year? What happened to Chace Crawford? Where is he now in 2018?

Born on July 18, 1985 in the Texas city of Lubbock, Chace Crawford (Birth Name: Christopher Chace Crawford) is the son of Dana, a school teacher and Chris, a dermatologist; the oldest out of two children, his younger sister is named Candice. During the early days of his childhood, he lived in Minnesota as his father went to medical school in the city. A student at the local Ridgeview Primary School, the family later returned to Texas, where they settled in a Dallas suburb, following the completion of his father’s medical training. As a teen, Crawford was both a talented artist and athlete; not only did he play golf in his spare time, but he was also an all-star football player. While attending high school, he also modelled for the clothing companies, Hollister and Abercrombie and Fitch.

Following his high school graduation in 2003, Crawford found himself struggling to identify a career path. Later deciding on marketing and journalism, he moved to Malibu, California to enrol at Pepperdine University, where he was a member of the Sigma Nu fraternity. A couple of years into his studies however, he decided to drop out in lieu of pursuing an acting career, with encouragement from his mother (He later called it a “practical move” citing that he had always gravitated toward the performing arts). From there, he soon landed an interview with a talent agent who ultimately signed him on the spot. Committing himself to an acting career, he eventually landed his first professional role at the age of twenty two in the made-for-televsion film, Long Lost Son (2006) where he played alongside Gabrielle Anwar and Craig Sheffer. 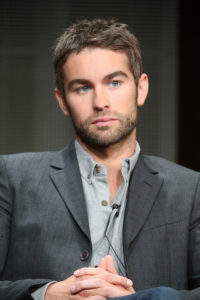 tDireced by Brian Trenchard-Smith, the TV filmーwhich served as Crawford’s small screen debutーcentred around a mother, who after accepting the death of her beloved son, discovers that he’s alive and well, albeit having lived with his captor all along. Created on a relatively generous budget of $1.3 million, Long Lost Son starred none other than the actor as the kidnapped son in question, Matthew Williams. The rest of the main cast consisted of Gabrielle Anwar, Craig Sheffer, Philip Granger, Richard Blade, and Dennis Garber. Debuted on Lifetime on July 24, 2006, it garnered the new actor many praises for his performance.

Later that same year, the actor made his motion picture debut in the supernatural horror thriller, The Covenant (2006). Written by J.S. Cardone, the film revolved around a group of young men, all belonging to a New England supernatural legacy, who are forced to go up against a sinister fifth power that everyone had believed to have already died out. Playing a protagonist, the actor took on the role of Tyler Simmsーa descendent of a colonial witch family whose magical powers vastly increase on his eighteenth birthday. With his three friendsーReid, Pogue, and Caleb (played by Toby Hemingway, Taylor Kitsch and Steven Strait respectively), he sets off to investigate and destroy a “fifth power” that has been taking a toll on their town of Ipswich. In addition to the previously mentioned cast members, the movie also featured Laura Ramsey, Jessica Lucas, Sarah Smyth, and Kyle Schmid.

Distributed by Screen Gems, The Covenant was released theatrically on September 8, 2006. A popular hit in theatres, it topped the box office, having sold over $8.9 million in ticket sales within the first weekend. By the time it came off the screens, it had grossed a worldwide total of approximately $37.6 millionーalmost double that of its production budget of $20 million. Despite the success that it achieved as a blockbuster however, the film received countess negative reviews from critics, who panned it for its laughable dialogue” and “terrible acting”. Given a terribly underwhelming rating of 3% on Rotten Tomatoes, it also holds a score of 19/100 on Metacritic. Having said that, The Covenant did manage to go on to develop a cult following.

The following year, he received the breakthrough of his career when he was cast as Nate Archibald, a main protagonist in the teen drama, Gossip Girl (2007). Developed by Stephanie Savage and Josh Schwartz, it depicted the lives of a group of upper-class adolescents in the Upper East Side of New York. The show’s primary male character, Nate is depicted as being the area’s perfect “Golden Boy”. First introduced in the pilot episode, he appears in all of the show’s 121 episodes. Aside from Crawford, the all-star cast of Gossip Girl also consisted of Blake Lively, Ed Westwick, Penn Badgley, Leighton Meester, Taylor Momsen, and Ed Westwick.

Originally aired on The CW on September 19, 2007, Gossip Girl drew in an average of three million viewers during its first season. Although the series saw a decline in viewers in the subsequent years, it won over twenty awards during its six-year run including eighteen Teen Choice Awardsーfour of which went to Crawford for “Choice TV Actor in a Drama” (among six nominations). To date, his role of Nate Archibald remains to be one of his most critically acclaimed portrayals as an actor.

Chace Crawford on the Big Screen 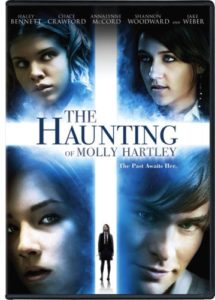 In the fall of 2008, Crawford landed a starring role in the horror flick, The Haunting of Molly Hartley. Produced by Jerry P. Jacobs and Jennifer Hilton, it centred around a young teen named Molly Hartley, who unbeknownst to her new friends, has a troubled past that she’d like to keep buried. While actress Haley Bennett played the title character, Crawford portrayed the part of Joseph Youngーone of her classmates who comes to her aid after she finds herself experiencing recurring nightmares. Aside from the two, The Haunting of Molly Hartley also featured Jake Weber, Shannon Woodward, AnnaLynne McCord, Marin Hinkle and Shanna Collins.

Created on a production budget of $5 million, the horror film came out in the United States on October 31, 2008ーon Halloween Day. After amassing $5.4 million during its opening weekend, it went on to gross an additional $13.5 million domestically and $1.8 million internationally for a worldwide gross of $15.4 million.

After a few relatively unsuccessful film endeavours, Crawford returned in a romantic comedy directed by Kirk Jones. Based on a book by Heidi Murkoff, it followed the lives of five couples as they experience the ups and downs of parenthood. In the movie, the Texas-native played the role of Marco, a young food truck owner who reunites with an old high school friend after unknowingly getting involved in a fight with her food truck. Other cast members include Cameron Diaz, Elizabeth Banks, Jennifer Lopez, Brooklyn Decker and Anna Kendrick.

Released on May 18, 2012, the movie entered the US Box Office at number five, grossing over $10.5 million over its opening weekend. By the end of its run, it had amassed a worldwide gross of $84.4 millionーrendering it commercial success. In spite of its popularity in the theatres however, reactions to the comedy were generally mixed; while the cast’s acting received much praise, other elements such as its storyline were greatly criticized by critics. For his role as Marco, Crawford was nominated for a Teen Choice Award for “Choice Movie: Male Scene Stealer” in 2012. 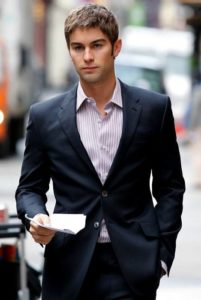 Luckily for those of us who’d like to see Crawford back on the big screen, the actor will be appearing in two films this year, one of them being the horror thriller, Eloise (2017), which was released on February 3, 2017. Directed by Robert Legato, it told the story of four friends who find themselves being haunted after breaking into an abandoned asylum. Crawford portrayed the role of a man named Jacob Martin.

Also to be released this year, he will be appearing in an ensemble comedy film called What’s the Point? (2017) which is currently in post-production. Crawford will be joined by Lake Bell, Mary Steenburgen, Ed Helms, Amber Heard, and Paul Reiser.

If you’d like to stay up-to-date and connected with the star, you can do so by following Chace Crawford on social mediaーyou can find him on Twitter or Instagram at @chacecrawford.