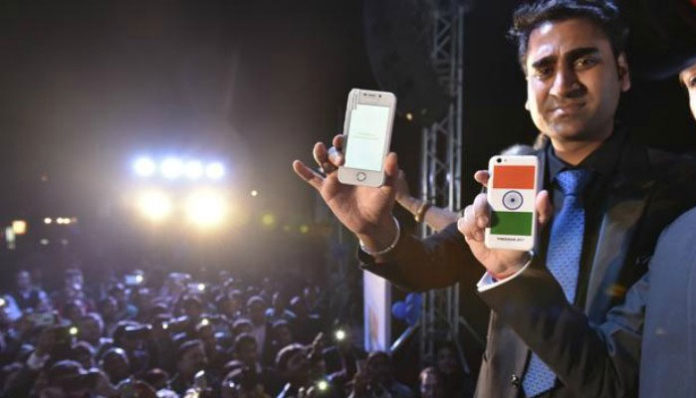 The Freedom 251 smartphone didn’t have the greatest specs when compared to the most popular releases but the device was talked about for weeks in 2016. The price was the biggest topic as the company said it would cost just $4, making it the world’s cheapest smartphone.

Ringing Bells, the company behind the $4 Freedom 251 smartphone, released the phones but the debut was not perfect. The phone, which was on pre-sale in February 2016, arrived to some customers but some also said they never received it.

Mohit Goel, Director of Ringing Bells, was arrested after one of the phone’s distributors claimed it had not received the amount of phones it paid for. Ringing Bells caught the attention of the world last year when it announced the Freedom 251 smartphone. The price easily made it the world’s cheapest smartphone and the company began taking pre-orders on February 2016.

The announcement of the phone quickly led to questions from tech experts who wanted to know how the company could offer a phone with that price. There are some smartphones available at less than $100 right now but the Freedom 251 smartphone was just $4.

Ringing Bells began taking pre-orders but many couldn’t get to buy one as the company’s site quickly crashed. The company promised to deliver thousands of Freedom 251 smartphones but some have yet to see one. They announced back in July 2016 that they had delivered 5,000 units and would be delivering another 65,000.

The Freedom 251 smartphone didn’t bring the greatest specs but they were impressive for the price. The phone comes with a 4-inch display, 3.2 MP rear camera and 0.3 MP front camera, 1GB of RAM and 8GB of storage.

Mohit Goel was arrested Thursday night after a complaint that his company had not supplied the phones to the distribution company. After the arrest, authorities said they were searching for four more directors of the company. A police spokesman confirmed to the BBC that Mohit Goel had been arrested and that he would appear in court on Friday.

The release of the Freedom 251 smartphone has not gone well and the latest news are not good for the company, which had one of the most talked about smartphones in 2016.