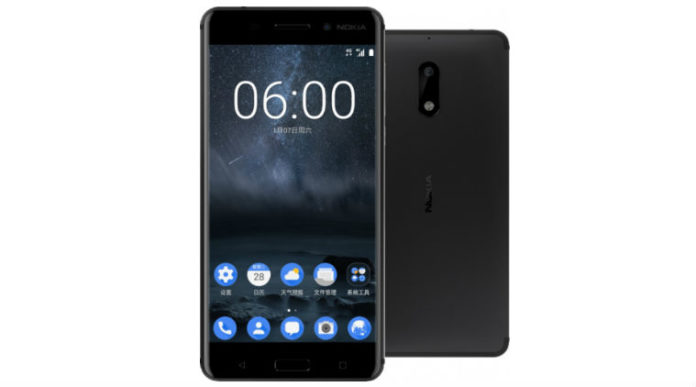 Nokia has returned with not one but four phones, including the remake of the iconic Nokia 3310. The remake caught the attention of many people during the show but the company also announced three Android smartphones. One of them had already been unveiled in China recently but the company has now announced a global edition. Nokia fans have plenty of options to choose from now that the company has announced a remake of its phone released in the 2000s and three smartphones. Here are the specs for the new phones, release date and price:

The Nokia 3, the most affordable of the three phones announced, has a 5-inch display, MediaTek MTK 6737 processor, 2GB of RAM and 16GB of storage. The phone also supports expandable storage via microSD card. The Nokia 3 has an 8MP rear camera and 8MP front camera. The battery is 2,650mAh. The phones comes with Android 7.0 Nougat.

Price: The Nokia 3 is the cheapest of the three with a price of $145. The extremely low price could make this a popular option once the phone is released.

Release Date: An exact release date has not been announced but the phone is expected to be released in April.

The Nokia 5 offers a little more than the Nokia 3 but at a higher price. The phone comes with a 5.2-inch display with a resolution of 720 pixels by 1280 pixels. The Nokia 5 has a Snapdragon 430 processor and 2GB of RAM. The storage is 16GB, which can be expanded up to 128GB with a microSD card. The rear camera is 13MP while the front camera is 8MP. The phone also comes with Android 7.0 Nougat. The battery is 3,000mAh.

The Nokia 5 has an aluminum body that curves around the edges, giving the phone a nice look. The Nokia 3 and Nokia 5 will be available in four color options: Silver, Black, Blue and Copper.

Price: The Nokia 5 will have a price of $199, making it a great option for those who want to spend just a few hundred dollars on a new smartphone.

Release Date: The release date for the Nokia 5 is said to be in Q2 2017. It is rumored that major markets could see the phone as early as March. An HMD Global official recently spoke to FoneArena and mentioned that the three new phones would go on sale in India by June.

The Nokia 6 was unveiled last month but that version of the phone was available exclusively for China. The phone returned in MWC but this time to unveil a global edition. The phone is exactly the same as the version that debuted in China but the company also announced a limited edition called Nokia 6 Arte. The Arte Black limited edition brings back the shiny finish of past Nokia phones and also comes with better specs.

The Nokia 6 has a 5.5-inch display, 16MP rear camera and 8MP front camera, Snapdragon 430 processor and 3GB of RAM. The phone has 32GB storage that can be expanded with a microSD card. The Nokia 6 is powered by a 3,000mAh battery. The phone runs Android 7.0 Nougat. The Nokia 6 Arte Black limited edition has 4GB of RAM and 64GB of storage.

Release Date: The phone made its debut in China on January 8 but the global edition of the Nokia 6 does not have an exact release date yet. The phone is rumored to be coming in Q2 2017.

If you still miss the Nokia 3310 and its great battery life, there is also a remake of the iconic phone coming soon. The new Nokia 3310 caught the attention of people, despite not being a modern phone. The remake only comes with a few additions over the first Nokia 3310, including a 2MP camera, color screen and an improved Snake game. The release date is not yet known but it is also said to be coming in Q2 2017.

What do you think about Nokia’s newest phones? Let us know in the comments.