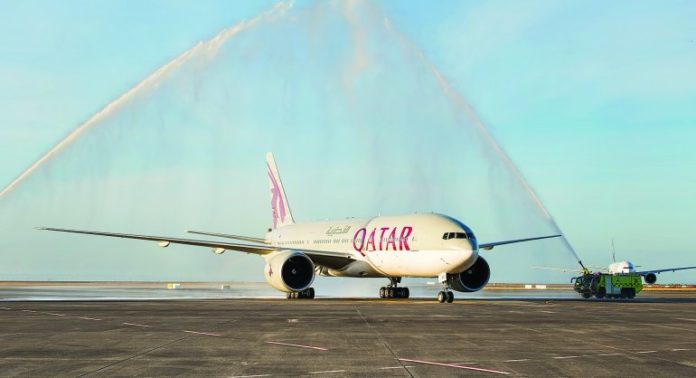 The Qatar Airways flight, which was more than 9,000 miles long, lasted 17 and a half hours. The flight actually arrived to the Auckland airport five minutes early. The previous record for the world’s longest flight was set by Air India. The commercial flight was from Delhi to San Francisco and lasted 15 hours. The Auckland Airport official Twitter account tweeted that the Qatar Airways flight QR920 landed at 7:20 am.

Qatar Airways, which was founded in 1993, did not set the new record for the world’s commercial flight with the new Airbus A350s as they were delayed due to late delivery. The record was instead set on a Boeing 777-200LR. The Airbus A350s were supposed to debut with Qatar Airways but were delayed in December until later this month. New Zealand’s Minister of Trade Todd McCLay spoke about the record setting flight and said it was set to boost the country’s trade and tourism.

Qatar Airways said on its Twitter account that it was a historic moment for the airline as it began the flight service. The airline tweeted hours later that New Zealand had presented them with an spectacular morning as they landed there for the first time.

In January 2016, it was announced that Qatar Airways was planning to set a new record for the world’s longest commercial flight. Tickets for the flight cost more than $1,200 for an economy seat while business class seats cost $4,500.