Rebel Wilson was actually born as Melanie Elizabeth Wilson on March 2nd, 1980 in Australia. She is an actress, as well as a writer and a stand-up comedian. Before becoming famous in America, she appeared in a few different Australian tv shows and sketch comedy series. She moved to America, auditioned for Bridesmaids, and the rest is history.

How Rebel Wilson Got Famous 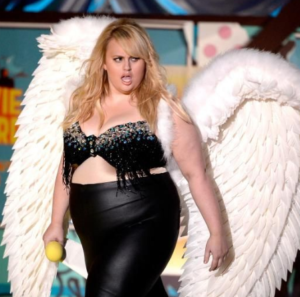 Rebel Wilson did not start out with acting aspirations. She got her Higher School Certificate in 1997. She even placed second in food technology in the state.But what Rebel wanted to be was a mathematician. Rebel was a good student, and she was excellent with numbers. She was also passionate about acting. Rebel Wilson won the ATYP International Scholarship and moved to New York in 2003. Once there, she was a part of The Second City Group. Rebel Wilson went back to Australia, where she kept herself busy writing and starring in various stage productions such as The Westie Monologues, Spunks, and Confessions of an Exchange Student. She starred in a bunch of advertisements for Australian Idol, and she produced and starred in Bogan Pride, which was a musical comedy series. She came back to America in 2010, and that is when her American career took off.

The first major motion picture that Rebel was featured in the United States was Bridesmaids. This was a Judd Apatow film where she played Brynn, who is the sister of Matt Lucas his character. She made an appearance at The Comedy Central series Workaholics as well as the CBS sitcom Rules of Engagement. In 2011 Variety magazine named Rebel Wilson one of the Top 10 Comics to Watch for 2011. In 2012, Rebel was Fat Amy in Pitch Perfect. It was this role that would get her much critical acclaim. She was nominated for best-supporting actress in the San Diego film critics Society and best actress in a comedy from the Broadway film Critics Association. She won two awards at the MTV Music movie award. The cast of Pitch Perfect won the best musical moment award, and Rebel herself got the Best Breakthrough Performance. Pitch Perfect did not stop giving. At the 2013 Teen Choice Awards Rebel Wilson one the choice movie actress Comedy Award for Pitch Perfect. That same year, she ended up hosting the 2013 MTV Movie Awards. Rebel Wilson followed up her Pitch Perfect performance with Pitch Perfect 2 in 2015. The third Pitch Perfect will be coming out in 2017, with Rebel again starring as Fat Amy. 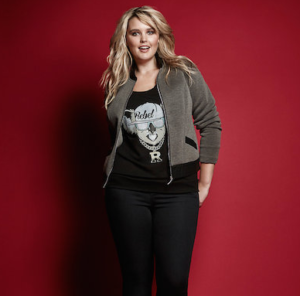 Rebel Wilson jokingly told various TV shows and magazines that she had grown up in a poor area of Sydney Australia, and then spent a year in Africa where she came down with malaria, and the sickness caused her to have hallucinations of winning an Oscar. When the Australian version of Woman’s Day magazine called her out on actually having a nice middle-class childhood, the story went viral and was published in a bunch of other publications. Rebel Wilson filed a defamation lawsuit, alleging that she lost out on roles because of the bad press.

Rebel Wilson dated her Bridesmaids co-star in 2012, and they were living together until their breakup in 2015. Shortly after, Rebel began dating another comedian, Mickey Gooch Jr. The pair ended the relationship the same year. In 2016, she went to the MTV Movie Awards with Hugh Sheridan, but the rumors are still out on whether the pair are dating or not. 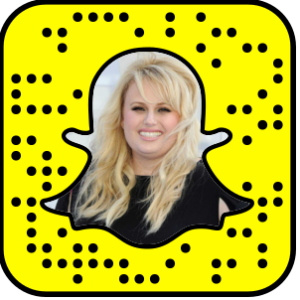 There is a public profile page for someone who claims to be Rebel Wilson, but it has not been updated since 2013, and it only has 69 friends. The only posts on it appear to be an old video and the cover photo change. You can find it here if you’d like. Rebel does not have an official page that she or her agents maintain. There is an aggregated page that pulled in information from her Wikipedia page. You can follow that here.

You can join Rebel Wilson’s 3.9 million Instagram followers here. Her username is rebelwilson.

Rebel Wilson’s Twitter username is rebelwilson. She posts lots of photos here, including some new ones of the rehearsals for Pitch Perfect 3. You can join her 2.64 million followers here.

What is Rebel Wilson’s Kik Username or Code?

It does not look like Rebel Wilson has a public Kik.

It does not look like Rebel Wilson has a current Youtube page, but there is a channel under the name rebelwilson that has just one video on it from 2010. It is a six-minute reel that looks like it’s from an audition tape. You can find that here, and it is definitely worth a watch.