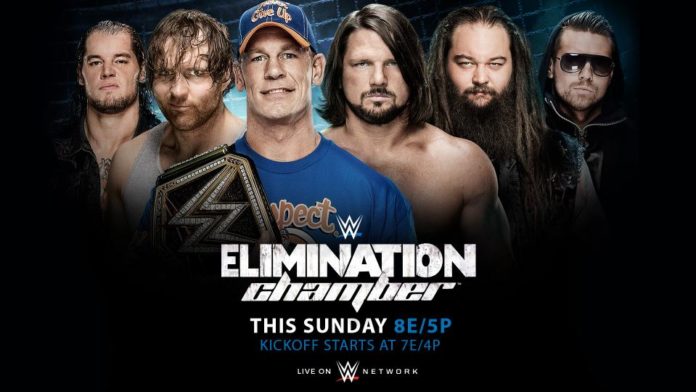 It’s only been a few days since WWE Royal Rumble but there will soon be another event for the SmackDown brand. The event currently has a total of eight matches, with three of them being for titles. The WWE Championship is one of three titles that could change hands at the event, meaning we could see the winner of this year’s Royal Rumble, Randy Orton, face a different champion at Wrestlemania 33. Here are all the matches for the event:

One of the latest matches to be announced for the event is Mojo Rawley vs. Curt Hawkins. The match, announced just a few hours ago, was added after Hawkins said some things about his friend. It is the eighth match announced and is currently the only one scheduled for the kickoff show.

At WWE Survivor Series, Nikki Bella was going to be the captain of Team SmackDown but that changed right before the match, when she was attacked by someone who she did not get to see. Carmella was rumored to be the attacker but it was later revealed that it was Natalya, who denied the accusation until admitting it a few WWE SmackDown episodes later. The feud has continued ever since and they will have a singles match at the event.

American Alpha will not be going against one team but five. The match will be for the WWE SmackDown Tag Team Championships, which American Alpha recently won from The Wyatt Family. It all began last month, when American Alpha made an open challenge to any tag team on WWE SmackDown. The open challenge never became a match as the segment turned into a brawl between the five teams who entered the ring. A 12-man tag team match was scheduled for the following episode of WWE SmackDown and it was The Ascension who won the match for their team.

Luke Harper and Randy Orton have been feuding since losing the WWE Tag Team Championships to American Alpha a few weeks ago. Orton and Wyatt later won a tag team match against John Cena and Luke Harper. On the following episode, the WWE Champion got the win against Orton after a distraction from Luke Harper. A match between Orton and Harper was later scheduled for the event.

Late last year, Ziggler didn’t win a match for the WWE Championship and would then lose to Baron Corbin on the following episode. After the match, Ziggler attacked Kalisto, who had entered the ring to help him. He also attacked Apollo Crews, who tried talking to him after the match. Since then, Ziggler has continued attacking Apollo Crews and Kalisto. In a recent episode of WWE SmackDown, Ziggler said he could beat both superstars in a match. This led General Manager of WWE SmackDown Daniel Bryan scheduling a 2-on-1 handicap match at the event.

Last month, it was revealed that Mickie James was La Luchadora, an unknown female superstar who had made appearances in Alexa Bliss’s matches against Becky Lynch. The former WWE SmackDown Women’s Champion was the one who unmasked her during a steel cage match in SmackDown’s main event. A feud has continued between Becky Lynch and Mickie James and it was announced earlier this month that a match between them had been scheduled at the event.

WWE Champion John Cena will be facing five other superstars in the Elimination Chamber match. Dean Ambrose, AJ Styles, Bray Wyatt, Baron Corbin and The Miz will all be competing to become WWE Champion before Wrestlemania 33. Randy Orton is waiting for the winner as he earned an opportunity to main event WWE Wrestlemania 33 at the Royal Rumble.