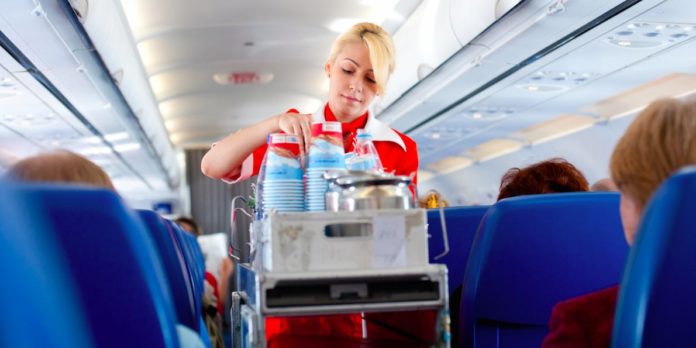 Travel can be a massive pain. You have to jump through all sorts of different hoops, and it can be very stressful if you aren’t well-prepared. Although you may not really consider it, flight attendants are a big help in ensuring your air travel experience goes as smoothly as possible. Flight attendants are all about customer service, and they do all that they can to ensure that you’re as comfortable and as safe as you can possibly be. They help you with your luggage, they help you to your seat, they feed you, and just generally help to relieve some of the stress that comes with long distance travel. The idea of becoming a flight attendant may seem appealing to the average person.

Flight attendants are able to travel all around the world, and they can do it all at a low cost to them. It’s certainly an exciting job, but how well does it pay? Although a flight attendant isn’t exactly manning the airplane in the same way that a pilot does, they are still an integral part of the overall flight. How well are they paid for this work?

Your average flight attendant makes about $35,930 per year, which definitely doesn’t seem like a very high salary. Oftentimes, flight attendants are paid on an hourly basis, and hours are only really being counted while the plane is in the air. However, many people who work in this profession believe that the ability to travel outweighs the relatively low income. Since that’s an average, though, that means that some people are paid more and some people are paid less. How does a factor like location affect flight attendant salary? People fly everywhere in the world, but if you live in a city that is near a major airport, you may have a better time finding work as a flight attendant. Flight attendants are in particularly high demand in cities like Charlotte, Dallas, San Francisco, New York City, and Chicago. If you live in one of these cities, you will probably have an easier time finding work. You may also receive a higher pay. 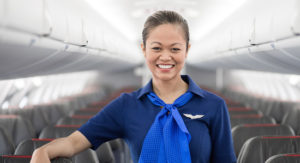 How does experience affect the salary of a flight attendant? Just like with any other profession, someone with more experience in this field is typically paid more than someone with less experience. That’s just how it goes. If you’re a flight attendant with over twenty years of experience, you can be paid up to $25,000 more than someone with entry level experience. That’s obviously a massive difference in earnings. Why do people pay more for an experienced flight attendant? To put it simply, if you have worked in this field for a long time, then you’re more independent. You’re more familiar with how to deal with customers, you’re more familiar with airline procedures, and you’re just better at your job. Airlines are willing to pay a long more for that experience and that quality of work.

There are many technical schools that exist specifically to train people in becoming a flight attendant. To get into these schools, you usually don’t need much more than a high school diploma or its equivalent. However, it is becoming increasingly common for people to apply to this position with a bachelor’s degree in hospitality, or something similar. Having a college degree makes you a more competitive applicant, and it can also put you in a position to potentially negotiate a higher pay. Basically, it’s a good thing to have, even though you don’t really need it.

How to become a flight attendant – Do you have to go to school?

If you’ve read all of the information above, then you may still be interested in becoming a flight attendant. Sure, you aren’t paid a whole lot, but you still are able to travel the country (or even the world) at little or no cost to you. Once you’re familiar with all that being a flight attendant entails, let’s consider the work that goes into becoming a part of this field. First things first, you are going to need to have a high school diploma. You need to be at least minimally educated in order to work for most airlines. If you dropped out of high school, there’s still hope for you yet. You can try your hand at obtaining a GED or some other high school equivalence. Once you’re done with that, you can consider getting some undergraduate experience under your belt. As I mentioned before, a bachelor’s degree in hospitality is a common choice among aspiring flight attendants. 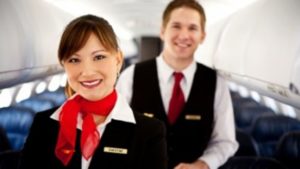 However, I can’t stress enough that this is just an optional path for you to take. Sure, it can lead to more money, but there’s no reason to stress yourself out or take out thousands in student loans just to cross off this additional thing. It may be more valuable for you to go out and get experience working in customer service or hospitality. Whether you’re helping out at a hotel or answering phones somewhere, it’s all very useful experience that can carry over to a career in being a flight attendant. Airlines are known for being sort of cut-throat during their hiring process, so anything that can give you an edge is definitely something that you should look into. You also may want to consider attending a school or program catered specifically toward flight attendants. This isn’t a requirement, mind you, but it just gives you a little bit of an education that is more meant for flight attendants.

Once all of that is out of the way, it’s time to start looking for work. As I mentioned before, it can be notoriously difficult to get a job in this profession. Airlines are very picky about who they choose to represent them within the cabin. You need to do your best to have a good job interview, and you’re also going to need to pass a series of medical examinations. Different airlines have different exams, but let’s just say that you need to be healthy and fit in order to work in this physically rigorous career. Even once you have been hired, you will have to go through a lot of training and work your way up quite the hierarchy in order to work in the capacity that you may want to work in. As long as you have the passion for your work and the qualifications required to complete that work, I have a feeling that you could be a very successful flight attendant.