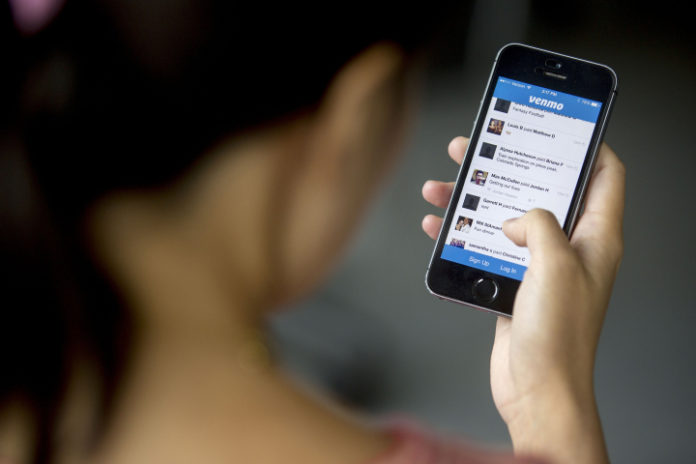 We’ve all had to pay for things that probably shouldn’t see the light of day. Whether it’s a bad bet, committing and trying to atone for a party foul, or getting some services only money would allow for, there’s at least one thing we’d not feel too great keeping in the ledger. Lucky for us though, we can see through the application Venmo that we’re not the only ones with some interesting transactions. For the uninitiated, Venmo is a way to easily pay friends when cash just isn’t a viable option. Here, we’ll take a look at some of the most funny Venmo payment captions and memos. For the sake of our audience, we will limit these posts to the non-explicit but still humorous posts. 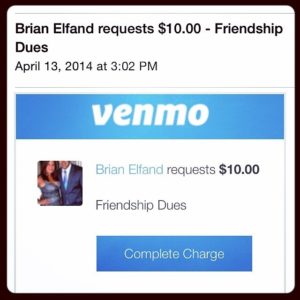 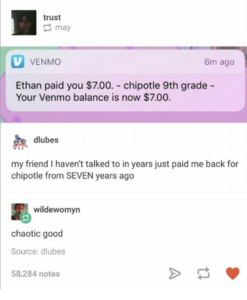 In the same vein as the previous note, Ethan apparently knows how to be cool. While paying back someone from way back isn’t exactly funny, Tumblr user Wildewomyn’s commentary that the friend is of a chaotic good alignment does bring a chuckle. 7 years is a while to be owed $7, but here’s hoping it sparked a friendship back up. 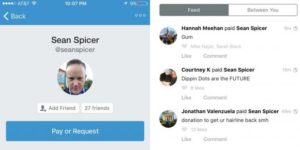 It’s a good thing that Courtney K showed up and convinced Sean Spicer to grab some Dippin Dots. Hopefully those helped cool the burn that came from Johnathan Valenzuela’s donation to recover his hairline. 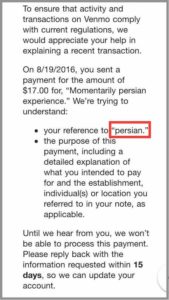 Sometimes Venmo can be a little testy about exactly what is allowed for transactions. While drugs and crude services are often overlooked, certain country references can sometimes lock up a transaction for a while. Whether paying a friend back for a Cuban Sandwich, or betting if the North Korean satellite test will once again plunge into the depths of the ocean instead of space, Venmo may not be the best option to pay your friends back. This is also true for the ambiguously titled “Momentarily Persian Experience” which we can only assume has some amusing backstory behind it. Best of luck on getting your $17.00 quickly.

5. The Cost of Education

In America, political discourse among the citizenry, and engagement with political officials is seen as a cornerstone of the democratic makeup of our society. This Venmo user decided to try to take it to the next level and request Betsy DeVoss to cover the private education that is often touted as an available option to many.

There’s really nothing to say here. Well, that is except, “how did we come to this?” And maybe some concern for the nephew who may have witnessed this. 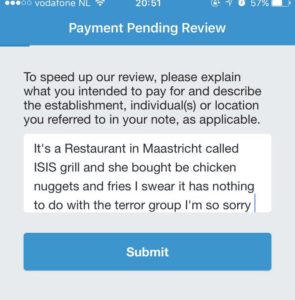 Since the rise of the Islamic State, Isis as a name appears to have been hitting record lows in terms of popularity. Not only has the hit show Archer had to change its agency name from Isis, but apparently Venmo may have a bit of trouble recognizing you went to a restaurant called Isis grill instead of funding terror. Let’s hope those chicken nuggets were bomb. 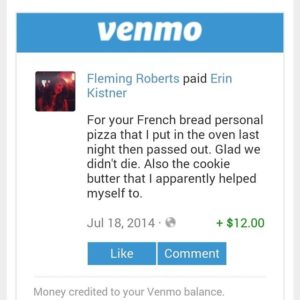 Sometimes you just don’t realize how hard you partied until you wake up the next day. One personal pizza burned to charcoal? Check. One tin of cookie butter gone? Check. Being a good friend and paying it all back in one Venmo memo? Check.

9. Wine Beneath My Wings 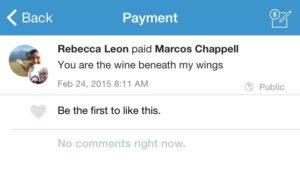 In a slight variation of phrase, this transaction may relate to more of us than it probably should. There are plenty of ways to get through the day, it would seem.

So, the implication of this one is pretty clear. However, for any of the more innocent viewers one could also construe this contest as how many small smoked sausages one could eat in a sitting. Or something like that.