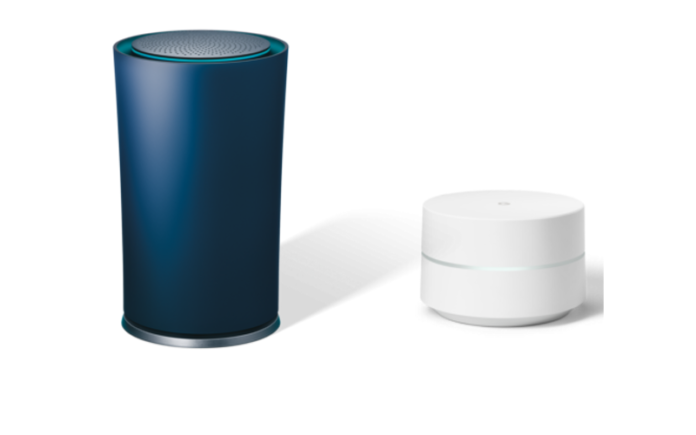 If you’ve been keeping up, then you may be aware that Google, the tech giant, has taken some serious steps into the wireless internet product industry. This is an industry that is usually dominated by names like Linksys, Cisco, and Netgear, so it’s interesting to have a new face enter the mix. If you’re looking to buy a router from Google, however, you may be confused by the fact that they have more than one available for purchase. What’s the difference between Google Wifi and OnHub? What is better, Google Wifi or the OnHub?

In this article, I’ll be comparing the two internet devices, breaking down every single aspect of each of them and giving you my honest opinion as to which one is actually the better product. Without further ado, let’s jump into this tech overview. 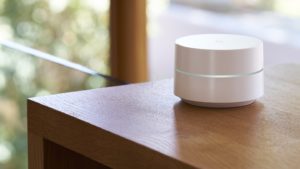 Price: Click Here To View The Current Pricing With Any Available Discounts

The Google Wifi is one of the more interesting wireless internet devices that I’ve seen. If you’ve ever fiddled with your home wireless internet set-up, then I’m sure that you’re very familiar with all of the equipment that is usually involved in the process. You may use range extenders, you may use multiple routers, or you may use a powerline adapter. These are all devices that are meant to help you expand the range of your internet connection, and it can be a real drag to configure everything just so. Google Wifi is meant to be the solution to that problem, and it does so in a very elegant and innovative way. Basically, Google Wifi is a coverage system. Each of these devices that you plug into a wall will serve as their own router. If you have multiple devices connected to the same internet connection, then they will all serve as a single router.

If you’ve ever used a range extender before, then this may seem like a familiar concept to you. Google Wifi improves upon the traditional range extender, however, because it sends the wireless signal out at the same bandwidth that it came in. You don’t have to worry about your connection being bottle-necked by inferior hardware. Google has you covered on that front. All in all, Google Wifi is a pretty neat product. You can usually buy a single unit for $129.00 or you can buy three units for $299.00. That said be sure to check here to see if there are any available discounts. It may seem strange to own up to three different “routers”, but like I said, this is basically a coverage system. The more devices you own, the more area you are able to blanket in a strong connection. One device covers around 1500 square feet, which should be enough for a lot of people. If you need to cover a larger area, then the 3 pack can generally cover around 4500 square feet.

Pros: Innovative, simple, good if you need wireless coverage over a large area
Cons: Stable, but not quite as fast as you might hope for at this price point 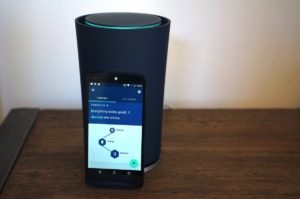 Whenever you go out to buy new tech, there’s always a little bit of inner conflict. It can be hard to justify spending a lot of money on something that you know you will only have to replace down the road. This same principle is true with wireless routers. OnHub is a device from Google that is updated regularly, in such a way that it doesn’t ever feel like it’s becoming obsolete. People talk a lot about smart devices, and I really feel like this is a smart router. You can have up to 100 devices connected to OnHub, and you easily connect and configure connections with these devices through the handy mobile app.. (That’s right, even though they’re completely different products, both OnHub and Google Wifi can go through the same app. This makes them both significantly easier to use.)

I spoke a lot about coverage when I was talking about Google Wifi, so it’s only fair to discuss that here, too. OnHub can cover around 2500 square feet with just a single unit, which is obviously a lot more than a Google Wifi unit is able to cover on its own. The signature feature of OnHub, however, is its growing list of support for other smart devices. As of this writing, OnHub supports integration with things like IFTTT and Philips Hue. This product was designed with efficiency and convenience in mind, but it is still updated on a regular basis to ensure that it keeps up to date with all of the latest tech trends. I don’t think that this device has a gimmick, so to speak, like Google Wifi does. Even so, it has a long list of different things to offer to its users.

Pros: A lot of antennas, large coverage area, speedy, and regularly updated
Cons: More expensive if you have a smaller area in need of coverage, older hardware

Before we try to decide which of these two devices is superior, let’s consider how they’re actually different. They serve very different purposes, on a fundamental level. OnHub is sort of meant to be a standalone router. You plug it in, and that’s that. Google Wifi, on the other hand, allows for a much more flexible system. I think that the form factor of both products really helps you to get an idea of how they work. OnHub is meant to be used as a singular pillar of internet connection, whereas Google Wifi is more meant to be a lot of little internet “checkpoints”. Depending on your living situation, one of these may be a lot more useful than the other. Before you jump to conclusions, however, there are a few objective measures to consider as well. 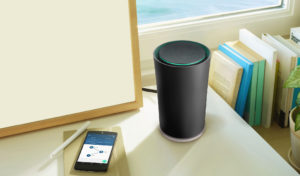 Like I already said in the individual product breakdowns, the OnHub has a much greater range than a single Google Wifi unit. A single Google Wifi can cover around 1500 square feet, and OnHub can cover closer to 2500 square feet. That is obviously a substantial difference. If coverage area is your primary reason for wanting a Google Wifi, then you should seriously take a look at your floor plan and see if you really need to have this sort of set-up in mind. Another important thing worth noting is that, in theory, a connection going through OnHub will be much faster than a connection going through Google Wifi. Not only does OnHub have more antennas than Google Wifi, but there’s a pretty big difference between AC1900 and AC1200. However, AC1900 may not be worth it depending on your individual internet package.

You can probably see where I’m going with this. OnHub and Google Wifi are drastically different products, and so determining which is superior is more of a situational issue. If money is no object, however, then I think that buying a couple of OnHub devices is your best bet. Speaking exclusively about hardware, it’s the stronger of the two. However, if you specifically want a wireless internet home network as I described with Google Wifi (a blanket of coverage, with multiple “hot spots” scattered around the coverage area) then that’s something that you can’t easily obtain with OnHub. Both of these products are excellent, but in order to figure out which is better, you really need to look at your individual situation. Regardless as to which of these two devices you decide to buy, I doubt that you will be all too disappointed, considering Google’s stellar track record.

To get all the current discounts on the OnHub Click Here.

To get all the current discounts on the Google Wifi System Click Here.