What Happened to Andrew Lawrence – 2018 Update 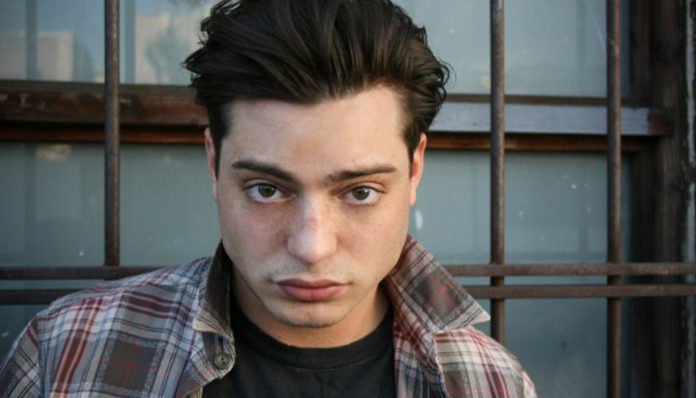 The son of a personal talent manager, Andrew Lawrence first entered the show business at the tender age of three. Born in Pennsylvania, it didn’t take long for him to follow the same footsteps of his older brothers, actors Matthew and Joey Lawrence. In 1991, he made his small screen debut in the television series, Blossom where he eventually appeared in three episodes. From there, he received his next role at the age of six, when he was cast as a young boy in the TV film, The Donna Yaklich Story (1994). Shortly afterward, Lawrence received a big break with the comedy series, Tom (1994) in which he was cast as one of the supporting characters. The following year, the young rising star made his motion picture debut in the drama thriller, White Man’s Burden (1995) where he had the chance to work with Kelly Lynch, Harry Belafonte, and John Travolta. Not long afterward, Lawrence’s received yet another breakthrough after being cast alongside his brothers in the NBC sitcom, Brotherly Love (1995).

Starring alongside his older brothers, Lawrence’s portrayal of Andrew Roman in the show garnered him much widespread attention. Responsible for kick starting his acting career, the sitcom also earned him two consecutive Young Artist Award nominations for “Best Performance by an Actor Under Ten” and “Best Performance in a TV Comedy by Leading Young Actor” in 1996 and 1997. After being on the show for two years, he appeared in the popular comedy film Bean (1997), prior to making his voice-acting debut in the MGM animated series, The Lionhearts in 1998. Continuing with voice-work, he subsequently lent his voice to T.J., the lead protagonist of the children’s animated cartoon, Recess (1998). Several guest appearances later in various TV series, Lawrence co-starred in the Fox sitcom, Oliver Beene (2003), alongside Grant Rosenmeyer, Grant Shaud, Wendy Makkena, and Daveigh Chase. Since then, he has also played recurring characters in Runaway (2008), United States of Tara (2009), and Hawaii Five-0 (2013).

In addition to his career on television, Lawrence has appeared in a number of films throughout the past couple of decades. After making his debut in White Man’s Burden (1995), he also appeared in Family Tree (1999), and Horse Sense (1999) prior to Y2K. Following the new millennium, he starred as T.J. in a handful of Recess movies, prior to landinig roles in Fingerprints (2006), The Least of These (2008), Bones (2010), and October 31 (2012), to name a few. More recently, he has also participated in Confessions of a Womanizer (2013), The Arrangement (2014), and Big Baby (2015). Glancing at his filmography, Lawrence has accumulated well over 50 credits to his name since he first started his acting career.

So what is the youngest of the Lawrence brothers doing nowadays? What new roles can we expect to see him as this upcoming year? What are some of the latest TV shows and movies that he’s partaken in? What happened to Andrew Lawrence? Where is he now in 2018? 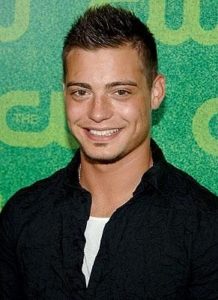 Born on January 12, 1988 in Abington, Pennsylvania, Andrew James Lawrence is the son of Joseph Lawrence Sr., an insurance broker and Donna, a talent manager; he is the younger brother of actors Matthew and Joey Lawrence and is of British and Italian ancestry. Shortly after his birth, his family surname was change from “Mignogna” to “Lawrence”. Like his brothers, he started his career in the show business early; following in their footsteps, he first got involved with the show business at the tender age of three. In 1991, Lawrence appeared on television for the first time in the comedy drama, Blossom; playing alongside Jenna von Oy, Mayim Bialik and his older brother Joey, he appeared for a total of three episodes between 1991 and 1994.

From there, the young actor received his next television role in the TV Film, Cries Unheard: The Donna Yaklich Story (1994). Later that same year, Lawrence received a big break after being cast as one of the supporting characters in the comedy series, Tom (1994); unfortunately, the show proved to be short lived as it was cancelled after twelve episodes due to low ratings. Branching out into film, he made his big screen debut in the drama thriller, White Man’s Burden in 1995, where he had the opportunity to act alongside John Travolta, Kelly Lynch and Harry Belafonte. After appearing in a TV film later that year, Lawrence received a breakthrough when he was cast as Andy Roman, one of the lead protagonists in the NBC sitcom, Brotherly Love (1995) alongside his two brothers; he was only seven at the time of the casting. 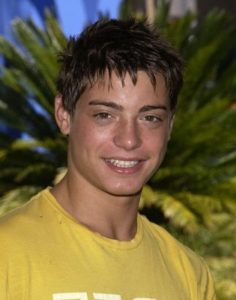 Created by Jonathan Schmock and Jim Vallely, Brotherly Love revolved around the lives and relationships of three brothers- Joseph, Matthew, and Andrew Roman (played by Joey Lawrence, Matthew Lawrence, and Andrew Lawrence respectively) after the death of their father in a fatal accident. Following the event, Andrew aka Andy, the youngest of the siblings, finds himself struggling with the loss of having a father figure in his life; having said that, he is often depicted as being mischievous with a vivid imagination. In addition to the Lawrence brothers, Brotherly Love also starred Liz Vassey, Michael McShane, and Melinda Culea.

Originally premiered on NBC on September 16, 1995, Brotherly Love received fairly high ratings upon its release on television. Following the broadcast of its first season however, the sitcom was switched to The WB Network in 1996, where it subsequently ran until its end on May 18, 1997. Altogether, the series ran for a total of forty episodes- all of which saw Lawrence as Andy. Easily his breakthrough role, the sitcom garnered the young up-and-coming actor much attention at the time; not only that, but it also garnered him two consecutive Young Artist Award nominations for “Best Performance in a TV Comedy – Leading Young Actor” and “Best Performance by an Actor Under Ten”. Even to this day, Brotherly Love is one of Lawrence’s most well remembered roles on television. 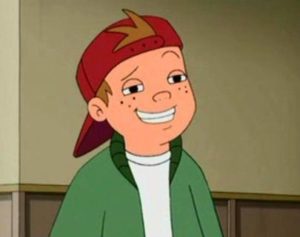 In 1998, just a year after the end of Brotherly Love, Lawrence was cast as the lead protagonist in the Disney animated cartoon, Recess; it also marked his voice-acting debut. Created by Joe Ansolabehere and Paul Germain, the series centered around the lives of six elementary school students, and their interaction with other students and teachers. Set at the fictional Third Street Elementary School, the students have set up a society that is complete with its own set of unwritten laws, class system, and government; at the top of the community, is a sixth grader known as King Bob. In the show, Lawrence lent his voice to Theodore Jasper aka “T.J.”- the lead protagonist who is also the ringleader of his group of friends. Known for his red baseball cap which he always wears backwards, he is often seen pulling various pranks against the school teachers.

In addition to Lawrence, the main voice cast also included Pamela Segall Adlon, Rickey D’Shon Collins, Ashley Johnson, Jason Davis, and Courtland Mead, who played the roles of T.J.’s friends. Consisting of 22-minute episodes, Recess first premiered on the ABC Network on August 31, 1997. Hugely popular among young audiences, it received rave reviews from many television critics, who praised it as high quality entertainment for children. In total, the series ran for four years; by the time it ended, well over a hundred episodes had made it on air. Recess eventually also spawned four movies, all of which saw Lawrence reprising his voice role as T.J.

In terms of film, Lawrence appeared as one of the supporting characters in the Christmas fantasy movie, Jack Frost in 1998. Produced by Mark Canton and Irving Azoff, it starred actor Michael Keaton as Jack Frost- a father who after dying in a car accident, finds himself coming back to life as a snowman. While his son, Charlie Frost was portrayed by Joseph Cross, Lawrence played the role of Tuck Gronic, his best friend who is also the son of their ice hockey coach. The movie’s main cast also included Kelly Preston, Henry Rollins, Mark Addy, Mika Boorem, Joseph Cross, and Eli Marienthal.

Released in theaters on December 11, 1998, the Warner Bros. film drew in approximately $7 million during its opening. By the end of its run on the screens however, it had only managed to gross $34.5 million in North America, making it a commercial flop seeing as how it was produced on a $85 million budget. Critical reception wise, Jack Frost also garnered mostly negative reviews; for instance, contemporary critic Roger Ebert gave the film a one star rating.

Returning back to television, Lawrence starred in the Disney Channel Original Movie, The Other Me in 2000. Based on a novel written by Mary C. Ryan, it centered around a seventh grade student who accidentally creates a clone of himself while working on a science project in attempts to make up for his lackluster grades. Playing the lead protagonist, Lawrence portrayed the role of the young teen in question, Will Browning, and his clone, Twoie. The TV film also starred Scott McCord, Joe Grifasi, Alison Pill, Brenden Jefferson, and Tyler Hynes.

Directed by Manny Coto, The Other Me was released via the Disney Channel on September 8, 2000. Filmed in Toronto, Canada, the movie was mostly met with favorable reviews- many of which praised its witty and funny script. One of Lawrence’s most profound TV roles of the early 2000’s, it later went on to earn him two Young Artist Awards in 2001 for “Best Performance in a TV Movie – Supporting Young Actor” and “Best Performance in a TV Movie – Leading Young Actor”, among three nominations. 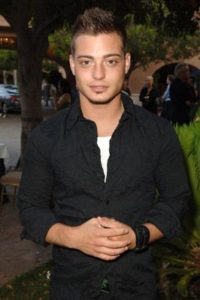 Fans have a reason to be excited this year- the 29-year-old actor will be starring in an upcoming romance drama film called, Better Than Love (2017). Directed and co-written by Ted Carney, it will star Lawrence as Jon- a compassionate teen who after being dealt a bad hand by life, finds himself reluctantly dealing drugs in order to escape from the suburban ghetto that he’s grown to know too well. After a tragic accident and an ignorant prescription however, his roles turns from dealer to customer.Shot in Bremerton, Washington, Better Than Love will also be starring Lily Berlina, Alexandra Rodriguez, Devielle Johnson, Tony Doupe, and Rich Morris.

Aside from that, Lawrence recently reprised his role as Eric Russo in an episode of Hawaii Five-0, in which he’s been appearing on-and-off since 2013.

If you’d like to stay up to date with the former teen idol, you can do so by following him on social media- you can find Andrew Lawrence on Twitter and Instagram at @andrewlawrence.