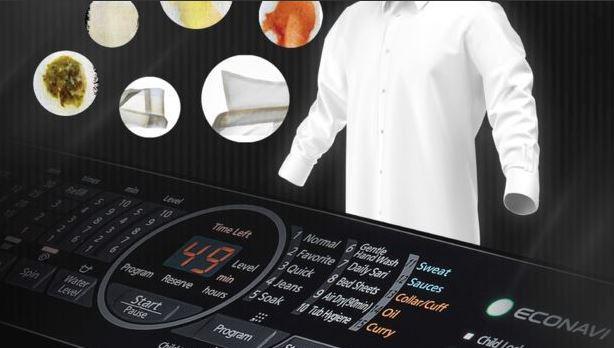 No one likes to get stains from food on their shirts or jeans, especially from foods that leave stains that are extremely difficult to remove. We usually try our best to save our clothing from stains but in India, Panasonic has unveiled a washing machine that will make things a lot easier.

The StainMaster washing machine will only be available in India but social media has quickly reacted to the announcement, asking the company to release the washing machine in other countries. The washing machine with the curry setting was launched specifically for the Indian market and will make things easier for owners who have had their favorite shirts stained by foods in the past.

Panasonic spoke to the BBC about the new washing machine and said it took two years to develop. The new washing machine costs around ten percent more than other washing machines but the release will probably catch the attention of many people in India as curry stains are known to be difficult to remove. The company also said the product was developed after demand from consumers who were having a hard time removing stains.

The curry setting may be the most interesting in this machine since the dish is one of the most popular in India but Panasonic has also added other options to remove other stains from sauces and sweat. There are plenty of ways to try to remove curry stains on the Internet but owners of the Panasonic StainMaster will only have to select the setting to remove it.

In recent years, Panasonic has been focusing on making things a lot easier for its customers. Back in 2015, the company began working on a laundry folding robot. The robot helps wash, dry and fold your laundry. Folding laundry isn’t very difficult but this will help those who really don’t like to spend time washing, drying and folding. The Laundroid does take a few minutes to fold a t-shirt but users will no longer have to worry about the chore. Release date is set for this year, with pre-orders beginning this month.