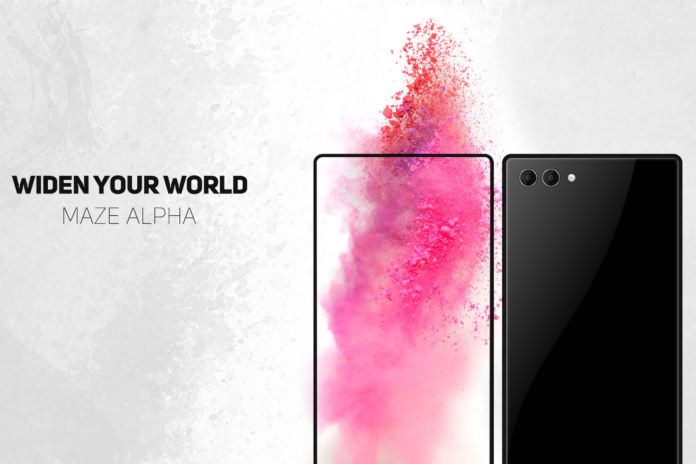 Maze, a new company from China, is planning to release a very impressive phone for its debut. The phone, known as Maze Alpha, will compete against one of the most popular phones from Xiaomi, the Mi Mix. The Maze Alpha phone is said to have a 6-inch bezel-less display.

Not a lot is known about the Maze Alpha but it looks like the company is planning to release a very good phone for its debut. The phone is said to be coming later this year.

The Maze Alpha will be competing against the Xiaomi Mi Mix, which was released back in November. The phone was one of the last announcements for Xiaomi in 2016 and it was a good one for the company as the phone has continued to sell well. The Xiaomi Mi Mix flash sales have ended in just seconds, making this a difficult phone to buy in China, the only country where it’s available.

Xiaomi recently announced a white version of the Mi Mix, which also sold out in seconds. The phone seems to be doing well and Xiaomi has already confirmed that they are working on the sequel. The Xiaomi Mi Mix is only five months old but the Mi Mix 2 is said to be coming later this year. The Mi Mix features a screen that covers most of the front panel and it will be interesting to see how the Mi Mix 2 will look. The Mi Mix currently has one of the most impressive screens but it could soon be joined by Maze, which is planning to debut with a smartphone with a bezel-less design.