In 2003 former restaurant manager Bruno Smoje opened Plush and took in his then-wife Shari as manager. The two worked well with Shari on the front while Bruno managed the business side of things, and Plush was a hit amongst the locals of Glenside, Pennsylvania thanks to its nightclub vibe. The bar earned a lot of praise from the patrons and Bruno was able to take home $15,000 weekly.

Later on the stress in handling Plush strained Bruno and Shari’s marriage and arguments became a norm right within earshot of the employees and patrons. The two divorced in 2013 and after Shari left Plush the patrons followed suit. Bruno became a wreck and lost all motivation in properly running the business.

Now Bruno was left with a growing stack of bills, a dilapidated bar, and uncontrollable employees. The only option left on the table was a call for Jon Taffer and Bar Rescue.

Plush was situated right across the historic Keswick Theatre yet the bar failed to attract the pre and post show crowd into its fold thanks to its bland and uninviting exterior. The furniture inside the bar were mostly torn and neglected, and the kitchen was just as equally messy. Bartenders were free to take shots themselves as Bruno also chugged down bottles of beer while personally manning the kitchen.

For the recon Taffer crammed 200 customers into Plush and Bruno was too busy cooking dishes instead of fulfilling his role in the front lines as a leader. The lack of a POS system forced employees to manually write orders on notepads which slowed down transactions to a crawl. Some of the customers had to reach over the counter to serve their own drinks themselves as the bartenders moved at a snail’s pace.  Taffer then entered Plush with Shari and almost immediately she and Bruno clashed, forcing the Bar Rescue host to intervene and the owner kicking them both out of the bar.

Taffer returned the next day and reminded the Plush employees about what’s at stake. Bruno was reassigned to the bar area while bartender Chris was put in the kitchen as the front lines needed a manager. Expert bartender Mia Mastroianni tested the mixing time of the staff and noted that they needed a lot of improvement. Culinary connoisseur Nick Liberato taught Chris and Bruno how to cook Italian rice balls called arancini. He also introduced the technique of sweating, or the slow heating of vegetables with a little amount of butter or oil to draw out the flavors and intensify the dish’s taste.

For the stress test Shari was reinstated as a temporary bar manager much to Bruno’s chagrin, but it was Taffer’s way of teaching the man how to put aside emotion and be professional for the sake of Plush. The patrons for the test were composed of the pre-show crowd hence the employees had to move lightning-fast as the guests only had an hour to eat and drink their fill. Most of the customers loved seeing Shari back in Plush but Bruno still looked at her as if she was a curse. While the bartenders mixed in pressure Chris was all smiles in the kitchen as he cooked up excellent dishes and enjoyed his new post. Unfortunately his efforts were hampered by the lack of a POS system which had the dishes go cold before they could reach their intended tables.

After the test Taffer convened with the experts for Plush’s new concept. Given the time pressure of the pre-show crowd Mastroianni suggested cocktails that only had a few ingredients while dessert drinks were ideal for the post-show patrons, and Liberato’s food ideas revolved on homemade pasta to reinforce Taffer’s blueprint of an Italian bar. The next day Taffer sat with the Bruno and Shari and used his own divorce as an example on how to properly bury the hatchet. The two promised to work well and not bad mouth each other for the sake of their daughter Claudia.

The renovation tore down Plush and from the ashes rose Osteria Calabria Bar & Café Italia. The previously-bland façade was now splashed in vibrant colors, and the benches and plants helped make the bar a bit more noticeable. The interior was given new furniture with one side of the wall painted with a mural of Calabria’s beautiful coast. The former wooden countertop was replaced with smooth marble, a new beer tap system that poured a cold one in the right temperature, and three Revention POS systems made the handwritten ticketing process a thing of the past.

Plush Now in 2018 – The After Bar Rescue Update

Most of the Bar Recue changes didn’t even make it to the airing of the episode. The mural on the wall was covered and the marble bar top replaced with the old one. The bar then referred to itself as The O.C. Bar + Bistro complete with a new signage outside.

Some of the reviews on Osteria Calabria weren’t so positive about the food and drink items. Some have also mentioned that the employees were never happy and frequently complained about what the show did to the establishment. The old patrons of Plush also didn’t like the Italian makeover of their favorite haunt.

The bar closed around May 2015 with an announcement on their Facebook page. The building was reportedly sold which forced the bar out of business. The post ended with the promise of opening in a different location. A branch of Hibachi & Chinese Restaurant now stood in the building formerly occupied by Plush. 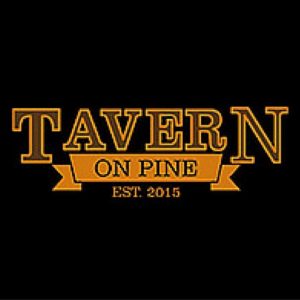 Last January 2016 Smoje partnered with managers William Hartley and Jason Rapp and opened watering hole Tavern on Pine. It was set up in Huntingdon Valley, Pennsylvania and most of the old crew of Plush relocated there.