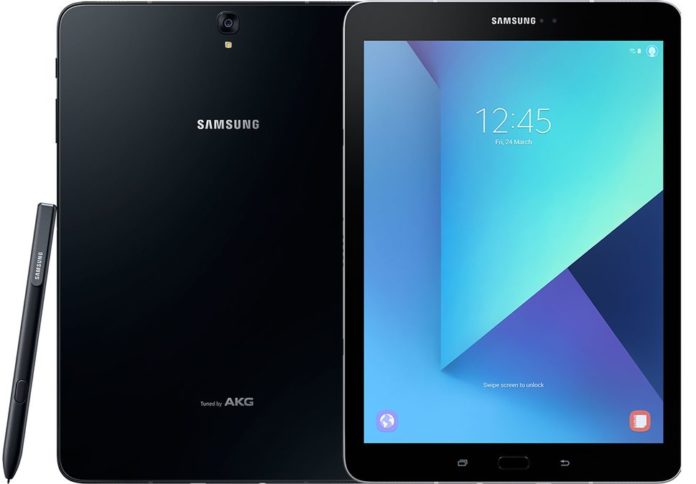 Just a few weeks ago, Samsung unveiled its newest tablet, the Galaxy Tab S3. The tablet was rumored to be coming before the tech show but the company confirmed it there without giving any information on its price and release date.

The Samsung Galaxy Tab S3 was announced almost two years after the release of the Galaxy Tab S2 and it’s rumored that the tablet will be available soon. A release date has not been confirmed but there is now some information on the price. A Best Buy website listing shows the tablet will cost around the same as an iPad Pro.

The listed price of the Samsung Galaxy Tab S3 is $599 for the 32GB model. The latest tablet from Samsung has a 9.7-inch display, Snapdragon 820 processor, a 6000mAh battery with support for fast charging and 4GB RAM/32GB of storage. The tablet also comes with an S Pen stylus, which was not part of the Tab S2.

The listing on Best Buy’s website only shows the price for the Wi-Fi version of the tablet. An LTE version has also been confirmed but the price of that is not yet known. Best Buy’s listing doesn’t show an exact release date but the tablet is rumored to be releasing soon.

Samsung’s new Galaxy Tab S3 was the product they launched at MWC after delaying the launch of the Galaxy S8. The tablet had been rumored for a few days before the event and the press invite let everyone know that the company was planning to release a tablet. In recent years, the company had unveiled its flagship smartphone but that will happen on March 29.

The Samsung Galaxy Tab S3 is rumored to be coming soon, so pre-orders will probably be available in the next few weeks. Samsung’s third generation premium tablet could soon be released after a two year wait by fans of the Galaxy Tab S series.