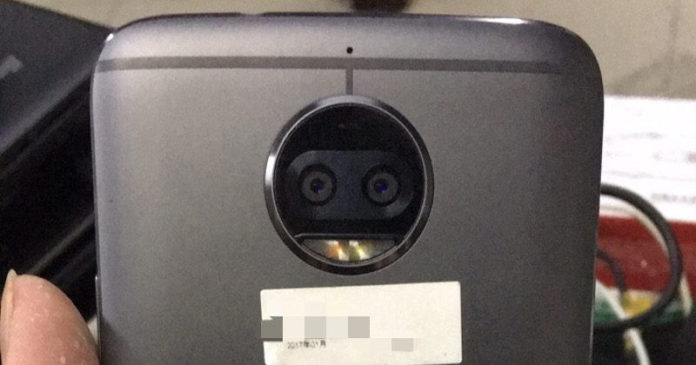 It’s been nearly two years since the Moto X was released and while there have been plenty of rumors about a new version, nothing has been announced. Lenovo and Motorola were at MWC, where they announced the Moto G5 and Moto G5 Plus. But the Moto X 2017 was not there.

The Moto X series has not seen a new phone in nearly two years but new pictures show what could be the next Moto X. The pictures of the alleged Moto X show that the phone has dual camera technology in the back. That would be a first for the series as the Moto X phones released in 2015 had one camera in the front and back. The pictures that recently surfaced appear to show that Lenovo and Motorola are planning to release a cool device. The dual camera would be a great addition as some of the most popular phones today now have it.

The pictures show a similar look to the back of the Moto G5. The only difference between the new release and the rumored Moto X 2017 is that the phone has a dual camera and antenna lines on the back.

Not a lot is known about the specs but it’s rumored that the phone will have a Snapdragon 625 processor, 3GB of RAM and 32GB of storage. There haven’t been much rumors about the Moto X in recent weeks but this is good news as it could mean that Lenovo and Motorola are planning to unveil a new version soon.