The 5 Most Unusual Borders Around The World 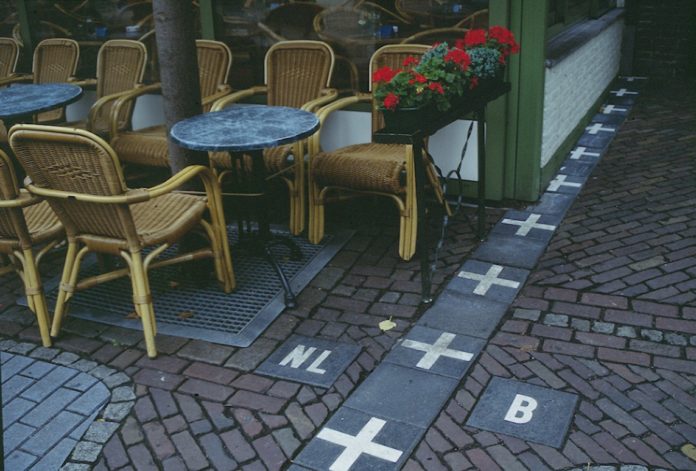 There are so many borders around the world but some stand out for being more than just driving and getting to the other side in a car by showing your passport. Borders are imposed to separate one country from another but some have become very popular for being more than just a line that divides a country with a secured checkpoint. Here we have the five most unusual borders around the world:

Known as the Triple Frontier, this is where the border of Paraguay, Argentina and Brazil meet. Borders usually separate two countries on one side but in this area, two rivers meet and the three countries can be seen from each side. Brazil, the largest country in South America, borders all countries in the continent except for Chile and Ecuador but the border where it meets with Paraguay and Argentina is one of the most interesting.

Belgium and Netherlands have one of the most complicated borders in the world. This unusual border can be found in the municipality of Baarle-Nassau and Baarle-Hertog. The border is super complicated as both municipalities have parts of each country in them and lines can be seen across the streets letting everyone know which side belongs to Belgium and which side is part of the Netherlands. The border is so complicated that it divides some houses in the area. There is even a restaurant that has a table right next to the line of the border with Belgium. This means that if you’re done eating and decide to get up from the table, you would be in Belgium. One house is even divided in the middle by the line, which means it is located in both countries. The towns may be small but they have one of the most interesting and complicated borders in the world.

This border is a little different from the rest on this list because it is a strip of land that is heavily guarded by the two countries. The area, known as the Korean DMZ, is actually the most militarized border in the world. The Korean Demilitarized Zone is known for its area where soldiers from each country stand and look at each other for hours right in front of the lines that divides them. The two nations are not friends and are still technically at war since they agreed to a ceasefire back in 1953 but never signed a peace treaty. The DMZ is considered one of the most dangerous places in the world but the area is said to be the home of many animals, who have found the perfect home there because no one ever crosses it. 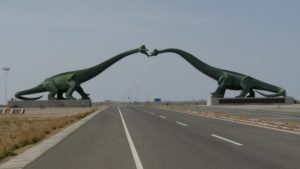 This border may look like any regular border from far away but as people get closer to the area, they can see why it is a popular place. The border has two big statues of dinosaurs kissing. Dinosaur bones were discovered there a while back and now the area has plenty of dinosaurs that people can see. The massive statues are the first you see at the border between China and Mongolia but there is a lot more dinosaurs to see if you’re driving in the area.

Spain and Portugal have probably the easiest way to get across the border, if you’re a fan of ziplines. Those in Spain can get to Portugal in just a few seconds by using a zipline that will take them over a river and into the country. The steel cable of 720 meters in length is the only zipline in the world over a border. The zipline takes people to Portugal in less than a minute and costs 15 euros per person. This border offers one of the most unique and fastest ways to get to a country.

These are so many borders around the world that separate each country from another but these are some that stand out for being unusual, complicated or even dangerous.

Have you ever visited these borders? What is the most unusual border you have been to? Let us know in the comments.