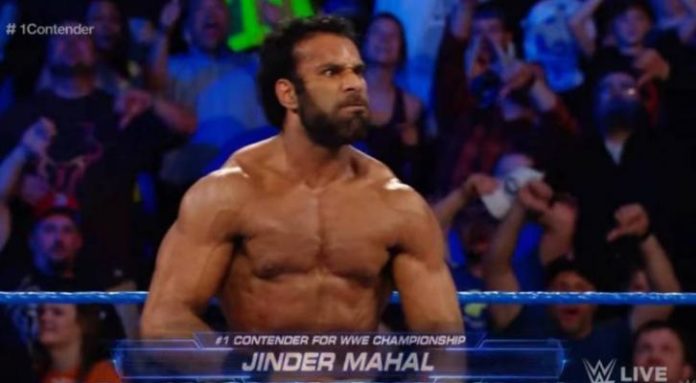 WWE continues to bring in talent from NXT to the main roster and while some of these superstars will soon get an opportunity to win a championship, there are a few others who could be champions very soon. We’re talking about the superstars who have been on the main roster for months now and have continued impressing fans. WWE Raw and SmackDown each have superstars that could soon win their first championship. Last week’s episode of WWE SmackDown was one of the most surprising in recent months and who knows, maybe that superstar will win the WWE Championship after that surprising victory. WWE has a big roster and anything could happen but here are 5 WWE superstars who could be champions very soon:

Jinder Mahal shocked the world when he won that number one contender’s match on last week’s episode of WWE SmackDown. Mahal lost his first match after moving to WWE SmackDown and it appeared that he wouldn’t be competing for any title in the near future. We were all wrong as Jinder Mahal is now the number one contender for the WWE Championship. The victory is definitely one of the most surprising results in 2017 as Mahal had only won a few matches since last year. He did have a great match at Wrestlemania 33 but no one saw that coming on last week’s episode of WWE SmackDown. 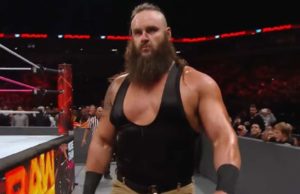 Braun Strowman has been unstoppable since he made his debut with the Wyatt Family. After the WWE brand split back in 2016, Braun Strowman became an even bigger star. Strowman has not won a title yet but has faced some of the biggest superstars in the company, including Roman Reigns and Seth Rollins. After Wrestlemania 33, Strowman stood in front of Brock Lesnar and made it clear that he was going to come for the WWE Universal Championship. Strowman has defeated almost everyone that has faced him since he arrived to WWE Raw and it wouldn’t be surprising to see him become a champion soon. The former Wyatt Family member also seems to be gaining popularity after his recent segments and warnings to GMs about more competition.

Mojo Rawley has been on fire since Wrestlemania 33 and that could soon lead to a championship opportunity. Rawley, who was part of The Hype Bros tag team before Zack Ryder’s injury, won at Wrestlemania 33 and could be on his way to a title match if  he continues winning. The former defensive lineman has had a good 2017 and could soon be competing for the WWE United States Championship. New England Patriots tight end Rob Gronkowski has also helped Mojo Rawley in recent matches, so maybe we’ll see a tag team when he retires from football?

Finn Balor’s debut on the main roster was very impressive as he not only won the chance to compete for the new WWE Universal Championship but also became the first ever to hold that title. His time as WWE Universal Champion didn’t last very long though, he suffered an injury in the match that he won the title in, leaving him out action for months. He recently returned and fans would love to see him compete for the title he had to vacate due to injury last year. Balor has also teased a WWE Bullet Club reunion, so we could also see him team up with Luke Gallows and Karl Anderson, who were recently the WWE Raw Tag Team Champions.

Samoa Joe became the first ever two time NXT Champion last year and he made his debut in the feud between Triple H and Seth Rollins before Wrestlemania 33. Samoa Joe has continued winning since his debut on WWE Raw and while he is now feuding with Seth Rollins, it probably won’t be too long before we see him compete for the WWE Intercontinental or even the WWE Universal Championship.

WWE always gives fans surprising results every year but these superstars will probably be holding a title by the end of 2017. Which of these superstars do you think will win a title first? What do you think about Jinder Mahal’s victory on WWE SmackDown last week? Would you like to see Braun Strowman as the WWE Universal Champion? Let us know in the comments.