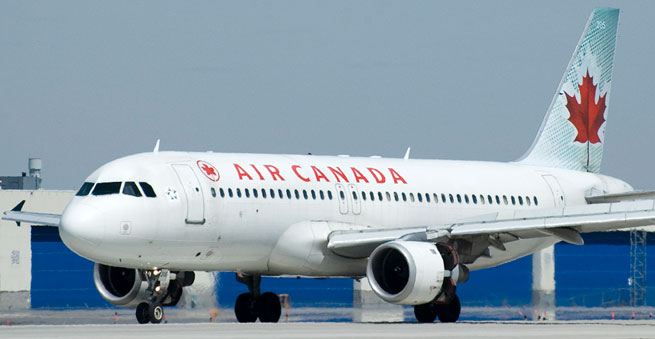 A family didn’t have the greatest time traveling with Air Canada after their 10-year-old son was bumped from a flight. The practice of overbooking flights is nothing new but the family had to wait and travel to other places when their son was bumped from the overbooked flight.

The 10-year-old boy was the only one bumped from the flight, so the parents had to drive to another airport for another flight. Brett Doyle, who had booked four tickets to Costa Rica for his family last year, checked his flight online the day before. He found out his son did not have a seat for the flight. Mr. Doyle and his wife quickly contacted the airline to solve the problem but they decided to drive to the airport after being on the phone for hours. At the airport, they were told that the flight was overbooked and that their son did not have a seat.

The family then had to drive to another airport to catch another flight that would first take them to Montreal before the other flight to Costa Rica. The problems didn’t end there as the flight they were going to catch was cancelled. The family had to pay for a hotel as they waited for the next flight.

The Costa Rica vacation did happen for the family after the overbooking and cancellation of the two flights. The family was offered a $2,481 Air Canada voucher and a check of $992 for what they spent while waiting for the next flight. An Air Canada spokesman emailed a statement to CBC News saying that their policy is very clear and the situation involving a family traveling together should not have occurred. The spokesman added that they have apologized to the family for the inconvenience they experienced during their March trip.

Overbooking flights is nothing new with airlines and the practice often leads to some passengers having to catch other flights. The practice has recently led to some incidents such as the one with United Airlines, which has been in the news in recent days after a man was dragged from his seat in order to free up space. The man is now planning to sue the airline as he sustained several injuries. The incident has led to at least three airlines changing their policies.