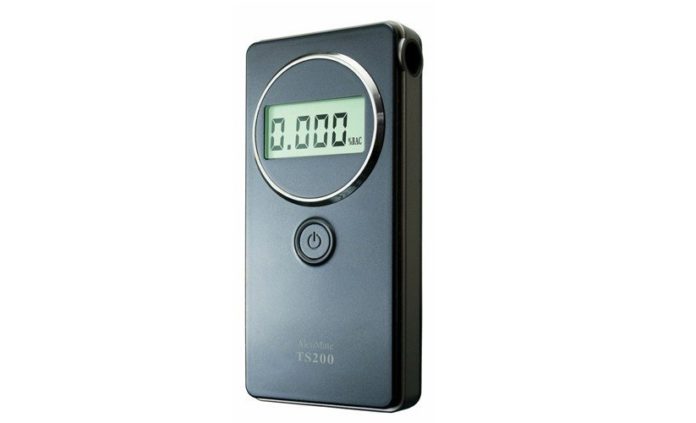 It has been a long time since I got to review a breathalyzer. A few months back I got to try out all kinds of models, from barely working novelty items, to professional grade police models, and I had a blast doing it. Well it’s time to break out the old case of beer, and get to testing again. The AlcoMate Revo TS200 is probably the best breathalyzer I have ever had the good fortune to get my hands on, for a number for key reasons. Foremost among them is the PRISM system

Now I’m not talking about governmental spying here, no, I’m talking about the last big problem with long term breathalyzer use. All fuel cell sensors degrade over time. They build up residue on a molecular level, and thus start giving inaccurate results. This process takes about a year, depending on use, and some firms making breathalyzers offer re-calibration in their warranty. Well, they offer one re-calibration. Most charge you for the service. The issue with that is the residue cannot be removed. They simply shift the parameters that the device is looking for, and call it a day. Diminishing returns set in, and thus after re calibrating once, you will have to do so again within 6 months, then three, then one, then bin. The PRISM system is a modular sensor. So when the sensor loses its edge you can replace the whole thing, for little more than the cost of a re calibration, saving you money in the long run.

I have been reviewing Breathalyzers for a while, and I have found out quite a few things about this growth market. There are two basic kinds of breathalyzer, the highly accurate fuel cell models, and the less than accurate semi conductor models. The AlcoMate TS200 is a fuel cell build, so there is no need to worry about the accuracy of this device.

It has been a while since I had a drink. I tend to leave it for big events, but I can’t test a breathalyzer if I don’t get drunk, so I got my friends together again for a night of pizza, alcohol and Super Smash Bros. My methodology is the same as before. We all begin by blowing a zero, then drinking one beer, then someone stops drinking and we all continue, dropping a person off at each beer point, then I compare all the results, and cross reference with my previous tests. Seen as we are looking at a high quality model here I expect results similar to the old S80.

So let’s dive right in, see if this is the right product for you

I always begin these reviews with a look at the aesthetics. Not all that important, but I feel it should at least be discussed in passing. The TS200 is nice. Far from the prettiest model on the market, that honor goes to the BacTrack brand, but it is at least functional. One thing to note here is the clarity of the read out and the simplicity in the use. The numbers are crystal clear and briight. The button on the front is used for everything, turning the device on and off and taking your test. The mouthpiece is positioned on the right side at a 90 degree angle, which is good, but I prefer a bit of a 45 degree angle for ergonomic purposes. One thing that stands out when you get one in your hand is the weight. There is some nice sturdy heft to this build. It feels robust, rough and ready, and long term. So many of the models I’ve tested, even the professional grade ones, felt like toys, this is not the case with the TS200.

I wish there was a little more attention paid to ergonomics. Don’t get me wrong, seen as the build is so small a lack of ridges and and angled mouthpiece are far from deal breakers, but it would have been a nice touch.

So great build quality and a bit of a lackluster design. But now we come to the internals, and the TS200 is jam packed with so many cost saving and quality assuring features that not even Pro-Tec can compete with it. We have a fuel cell sensor on the inside, guaranteeing accuracy. There is the PRISM system, allowing you to replace the cell rather than have it re calibrated, again, guaranteeing accuracy. It comes with five replacement mouthpieces, and replacements are $4 per 10. That price is lower than literally everyone else by the way. It’s making me question why other firms can charge so much for their bit of plastic, but I digress.

The sensor tech here is some of the best on the market. Accurate between 0.000 and 0.400% BAC. Fuel Cell based sensors have always impressed me, especially since I started this series of reviews off with a semi conductor sensor model.

So let’s look at why Fuel Cell sensors are so good, and why you should avoid semi conductor based models for all situations where accuracy is important, like in a bar. Or all the time. Semi conductor sensors react to the presence of alcohol on your breath, it oxidizes to create resistance on a circuit then measures the resistance to give you a read out. The issue is in the range of resistances. Semi Conductor sensors have a very narrow range, so the best they can do is tell you if you have drank a little or a lot. Any accuracy is a fabrication on the part of the sensor. What makes it worse is that it doesn’t only react to alcohol. It will also register resistance in the presence of hair spray, cigarette smoke and acetone. So if you are diabetic you will never get a good result out of one of these.

Fuel Cell sensors only react to the presence of alcohol. So there is no need to worry if you are a social smoker. They also have a far broader range of measurable resistances, thus giving that coveted accurate result. What makes things weird is they relative lack of price hike. You can find fuel cell sensors and semi conductor sensors on breathalyzer that are pretty much the same price.

All in all, this is a very impressive piece of kit. A real step forward in terms of core design, and I am glad I get to use it. There is one more issue to discuss going forward, and another minor shortcoming as well. but from a design and build quality perspective, you would be hard pressed to get better than the AlcoMate TS200. 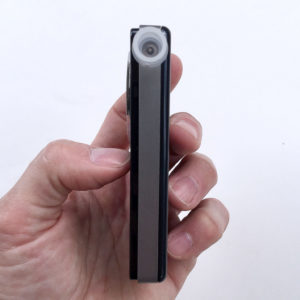 My tests went swimmingly. The group slowly tested, slowly got drunk, then when testing was over, those behind quickly caught up with the rest of us and a good night was had by all. I lost more than I won at Smash Bros, if anyone wanted to know. The results of my finding were in line with the figures I have for the S80 and the BacTrack Mobile, though with what seems to be a more accurate final decimal. Overall the accuracy impressed me, and knowing that it will remain this accurate for years is a real boon too.

I have tested the device and found it to be amazing. But here is were I take a moment to talk about the inherent dangers. Owning a breathalyzer is great, it allows you to have better control over yourself and the level of alcohol you drink, but do not fall into the trap of thinking that so long as you are under the legal limit that you have free reign to go fro a drive. Remember that any amount of alcohol slows the reaction times, increases the likelihood of an accident. Treat the TS200 as a device that can save you in an emergency, it is peace of mind, not a license to drive under the influence. All that said, I’m not you, you know you, just be careful.

Here is the first minor issue. The lack of phone integration. I have seen a few firms do it, and I am all for it. Hell, I have even seen a few fuel cell builds link into phones, giving you long term results, allowing you to dial in how much you drink, to get the buzz you want for the situation. I get that that isn’t the focus on the TS200, but I feel like they are ignoring a market by not pursuing it. I expect they will be moving into that arena at some point, as I expect all Breathalyzer manufacturers to do soon.

Now we come to the price, and it is here that i feel a fair number of folk will be put off. At the moment the TS200 is in the $200 range. A heft price, but only a little more expensive than the best from other firms. The patented tech on display here is the primary reason for the increase in price, and I feel it will pay for itself in the long run. Remember, if you buy from another firm you will end up purchasing a new breathalyzer every year, give or take, to assure yourself of accuracy.

At the end of the day I can see the market for this. Law enforcement should be snapping this product up in droves, but I find it unlikely anyone like that is reading this article. In the civilian market I would advise anyone who is upgrading to a new device to get a TS200, as should anyone looking to make a one off purchase and retain it for years to come. There is no other build on the market right no that can boast the longevity of the TS200 from AlcoMate, and if that is a core concern of yours, as it should be for us all, then you can’t get better than this.

You can either buy the TS200 from the manufacturer’s website or we recommend buying it at Amazon.com to take advantage of Free 2 day shipping, the Amazon Return policy, and any potential discounts or special pricing. You can click here to check out the current pricing at Amazon.com