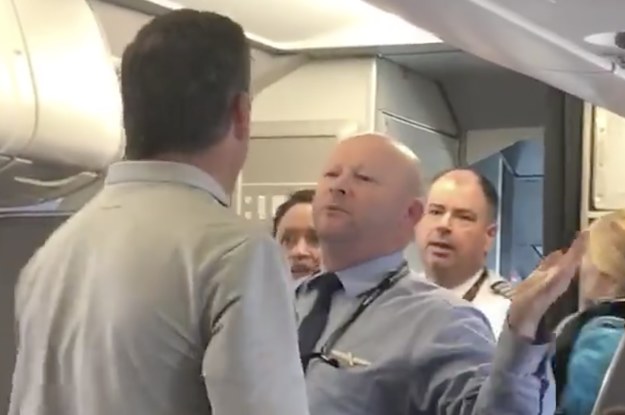 An American Airlines employee is now suspended after an incident on one its planes. The airline has also issued an apology for the incident, which began when an employee took a pushchair from the woman.

The incident was caught on video and the person who recorded it, Surain Adyanthaya, said it all began when the employee forcefully took the child’s pushchair from the woman and hit her with it.

The employee has now been suspended and the airlines apologized for the incident after seeing the video. An American Airlines spokeswoman said the incident began with a dispute on if she could bring the pushchair or not. The airline said in a statement that they have seen the video and have already started an investigation. The statement added that they are deeply sorry for the pain they have caused this passenger and her family and any other customers affected by the incident.

American Airlines also said that after choosing to take another flight, they are taking special care of her and her family and have upgraded them to first class for the rest of their international trip.

The video comes just days after a number of incidents have occurred on United Airlines. A few days ago, a man being dragged off a plane because of an overbooked flight made news around the world. The incident left the man with several injuries and he is now planning to sue the airline. Other United Airlines incidents, including a man being stung by a scorpion, have been reported since the first incident a few days ago.

American Airlines quickly responded and apologized after the video, which shows a mother in tears and a confrontation between the employee and another passenger. The employee was accused of hitting the woman and barely missing the baby with the pushchair. He was suspended by the airline shortly after the incident.