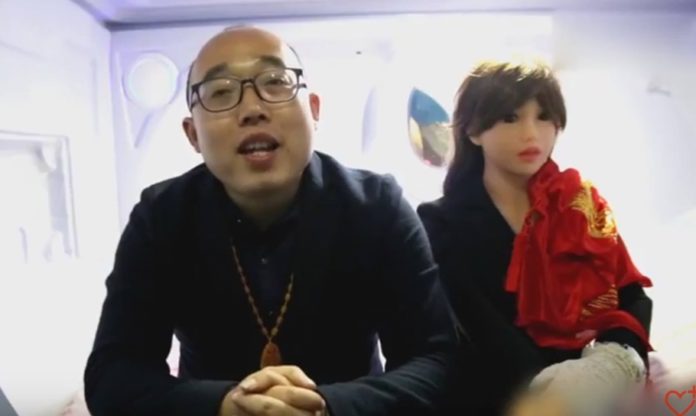 A man in China has decided to marry a robot he built after months and months of pressure from his family to find a girlfriend and get married. Zheng Jiajia, 31, built the robot last year and had become tired of the pressure from his family to get married. The robot, who he named Yingying, can read some Chinese characters and images but Zheng plans to upgrade her in the future.

Zheng Jiajia dated the robot for two months before announcing he was going to get married. He wore a black suit to marry her at a ceremony, which family and friends were invited to. The ceremony happened this past weekend and while marrying a robot is something that’s not recognized in the country, Yingying wore a red cloth, which is local tradition, and had a typical Chinese wedding.

In China, the world’s most populous country, a high percentage of men are having a difficult time finding a female they can eventually marry. According to the World Economic Forum, there are nearly 114 men for every 100 women in China.

Zheng, who is an artificial intelligence engineer, is planning to upgrade the robot so she can walk. The robot can only speak a few words and Zheng has to carry her every time he wants to move her.

Robots are nothing new to the world as they are now being used by companies to make things faster and easier. A few days ago, Domino’s Pizza said it would begin delivering pizzas with robots in some European countries. Panasonic is also working on the world’s first laundry folding robot. But it is a little strange to see a man marry a robot.

The news of Zheng marrying the robot have caught the attention of social media, with some users joking about the whole thing while others mentioning the positives of having a robot wife.