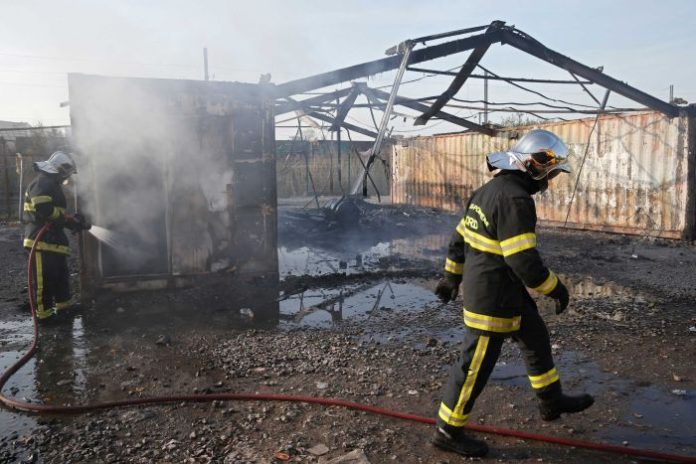 Authorities in France are now working on finding shelter for more than 1,000 migrants left homeless by a fire at the Grand-Synthe camp. Sixty firefighters had to be sent in to control the fire.

The fire at the Grand-Synthe camp destroyed most of the wooden cabins built there. Sixty firefighters were sent in to control the fire but around 70 percent of the camp is now gone. The fire, which is said to be have been started deliberately, quickly spread and destroyed the wooden cabins that had been built for the camp, which opened in May 2016.

Officials say the fire began during a fight between Afghan and Kurds. Five people were hurt in the fight, which was broken up by police. A local official said the fires began after the fight. Most of the wooden cabins at the camp were reduced to ashes.

Migration has been a big topic for the candidates in the French presidential election, which takes place later this month.