He Played There?: 7 Athletes You Probably Don’t Remember Playing In Other Teams 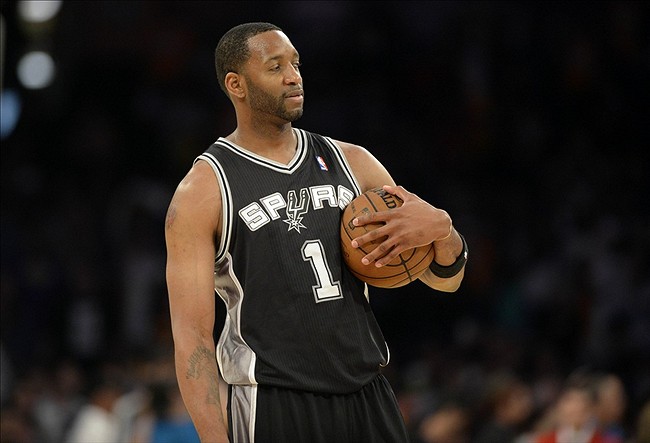 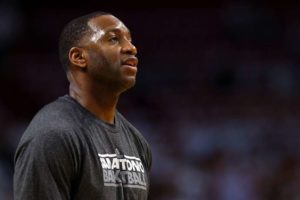 Tracy McGrady was one of the most entertaining players in the NBA years ago and while he had great moments for many of the teams he joined, fans probably don’t remember his time with the San Antonio Spurs. The star basketball player was not really playing much for the Spurs but did make it out of the first round of the playoffs with the team. The Spurs reached the NBA Finals that year but lost to the Miami Heat. McGrady retired after the season and while many probably don’t remember him wearing a Spurs jersey, he made it out of the first round of the playoffs that year, something he had never done with previous teams. 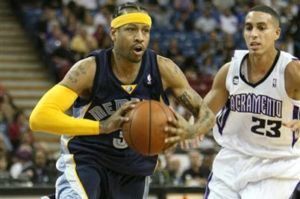 Allen Iverson played for a few teams after he left Philadelphia but many fans probably don’t remember him wearing a Memphis Grizzlies jersey. That’s because he only played three games for the team before he was released. His short tenure with the team has actually made his Grizzlies jersey a rare item.

Donovan McNabb is one of the greatest quarterbacks in Eagles history and some fans were surprised when he was traded to division rival Washington Redskins after 11 seasons in Philadelphia. McNabb played in Washington for one season and was traded to the Minnesota Vikings, who released him a few months later. McNabb returned to the Eagles and retired as a member of the team four years ago.

Ed Reed is remembered for his great plays as a Baltimore Raven but the star safety also played for two other teams, the Houston Texans and New York Jets. He first joined the Houston Texans, who signed him to a three year deal. He then joined the Jets for a short tenure. Reed didn’t last very long with his two teams but he is often mentioned as one of the greatest players in his position.

Terrell Owens is remembered for playing with teams such as the 49ers, Eagles and Cowboys. But many fans have probably forgotten about the time he joined the Seattle Seahawks. Owens was looking to return with the Seahawks, who needed wide receivers at the time. He started a preseason game for them before he was released. Owens hasn’t played in the NFL for years but has said a few times that he can still play. He has also said he can put up 800 to 1,000 yards. His last season in the NFL was good, with more than 900 yards and nine touchdowns. Owens has not been selected for the Hall of Fame but his comments about him still being able to play make us all wonder if he can still help out a team that needs wide receivers.

Martin Demichelis was one of the Atletico Madrid signings a few years ago. But the central defender never actually made his debut with the team as he asked for his release shortly after. The central defender was presented to fans and media, just like other big signings in Europe. After his release from Atletico Madrid, he was signed by Manchester City, who had brought in Manuel Pellegrini as their new manager.

Randy Moss played for a few teams in his career but some fans don’t probably remember him catching passes for the Tennesse Titans, who signed him after the Vikings released him. The Vikings had traded for him a few weeks earlier and his time with the Titans didn’t last very long either. He played for eight weeks there and then decided to sit out a season. He then returned with the San Francisco 49ers.