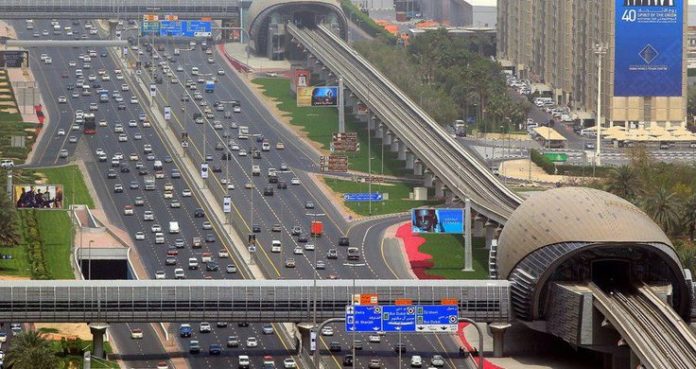 The Roads and Transport Authority (RTA) and ride sharing company Uber have announced a new service in Dubai. The new service will provide users a more affordable way to get across the city.

The UberX service was announced on Monday and will be tested by the company starting today. The pilot UberX will be for three months and will be available in Dubai. The company will have a limited number of vehicles as the testing is just beginning but they plan to expand later. Back in January, the RTA and Uber agreed to a partnership that will help the city study mobility options for the future.

Uber, which is available in hundreds of cities around the world, will provide even more affordable rides than some of its other services. The price will be lower but reliability and other things that make the service a popular option are expected to be part of Dubai’s UberX service.

Uber will test UberX in the city for three months and will then meet with the RTA to see the results and decide if it will continue the service there. RTA’s CEO Abdulla Yousef Al Ali, said in a statement that the announcement is encouraging news for the city. He added that the service will offer an affordable option for residents to move around the city.

Uber’s UAE General Manager Chris Free also spoke about the pilot and said that they are very excited about this partnership. He added that the launch promotes their belief that increased access to affordable and reliable modes of transportation will provide an alternative to car ownership. He finished by saying that this will help tackle pollution and congestion while adding to the current public transport infrastructure in the city.

The news about the pilot come just days after Uber was banned in Italy over unfair competition to taxi drivers. Uber also said last month that it would be leaving Denmark on April 18 after new taxi laws included requirements such as fare meters. There have been some good news for Uber though, the company recently returned to Taiwan after suspending its service there two months ago. The pilot UberX in Dubai is also good news for the company as it could end up staying there if it all goes well in the next three months.