Student Arrested After Sending a Threat To His School On Snapchat 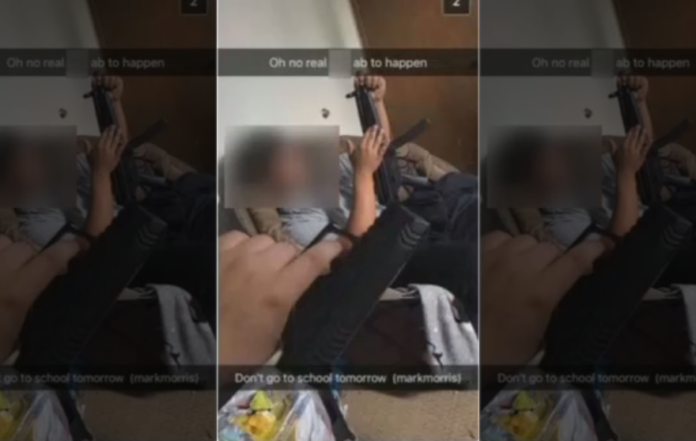 Thousands of people use Snapchat every day to show their friends and family what they’re currently doing or to see everything that their followers have posted. But a 14-year-old boy in Washington decided to use app to send a threat to his school. Longview police say the boy sent a school threat using the popular social media app Snapchat, which allows users to share pictures and videos that are deleted after 24 hours.

Police later found out that the guns shown in the picture were BB guns. They also revealed that the teen shared the picture with 31 of his friends. The boy told police that the message in the picture was a joke. The teen was taken to Cowlitz County Juvenile Center. Police also spoke to the other teen in the picture but he told them that he didn’t know anything about the picture being shared on Snapchat.

Messages On The Picture

One of the messages in the picture tells Mark Morris High School students not to go to school tomorrow. The picture shows one teen sitting down while holding a small rifle and the other holding a gun in front of the camera. The picture was sent by the teen to his 31 of his friends and authorities quickly responded by arresting the teen.